A snake catcher attended an emergency call out to a backyard where it appeared a serpent was making itself at home in the grass – but all was not as it seemed.

Stuart McKenzie, a snake catcher on Queensland’s Sunshine Coast, posted a photo of the intriguing scenario on his Facebook page.

‘I sent one of my guys over to a lady’s home in Sippy Downs for a snake that was hanging out on the lawn in her backyard,’ he wrote.

‘She seemed quite stressed over the phone and I got something there ASAP.’

Mr McKenzie told 7 News a catcher raced over to the property and arrived within 15 minutes – and was shocked at what he saw.

It wasn’t a snake at all, but was actually a rubber strap.

Both the woman who made the call and the snake catcher could see the funny side of the confusion, according to Mr McKenzie.

‘She did the right thing not knowing what it was,’ he said.

He advised people to try and observe what they believe to be reptiles from a safe distance before making the call to a catcher. 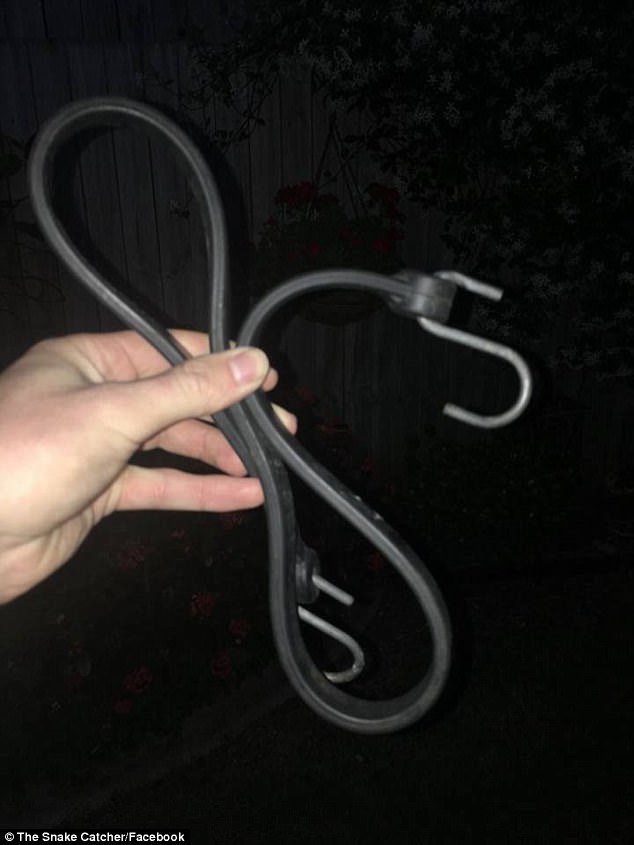 It wasn’t a snake at all, but was actually a rubber strap