‘Snake lady’ teen covered in scales due to skin condition

A teenager has been cruelly nicknamed ‘snake lady’ because of a rare skin condition.

Floraine Nalugon, from the Philippines, suffers from lamellar ichthyosis, which affects just one in every 600,000 people.

It has caused the 17-year-old to develop snake-like scales all over her body, causing her skin to harden.

She revealed she is bullied because of her appearance, which she finds difficult to cope with.

Her parents have tried to help her cope by stretching the truth about her condition.

‘My parents told me that I was conceived out of fish, that’s why my skin looks like fish scales to some while to others it looks like snake skin’ said Floraine.

‘It hurts me lot hearing them [people or strangers] making fun of me.’

WHAT IS THIS CONDITION?

Lamellar ichthyosis is a very rare skin condition that is characterised by abnormal scaling and shedding of the skin.

It is believed to occur in one in every 600,000 people and symptoms usually appear within the first few days of life.

The condition is caused by genetic abnormalities that affect the shedding of skin.

Floraine was born with the condition, which is caused by genetic abnormalities that affect the shedding of skin, according to medical literature.

Symptoms usually appear within the first few days of life, and sufferers tend to have plate-like scales of skin which often appear brownish in colour.

Floraine was targeted by bullies from a very young age, and recalls how she hoped the cruel jibes would stop when her parents moved the family to a new town called Bukindnon.

‘Initially, I thought I could escape kids back home, who ridiculed me for my condition,’ she said.

But sadly, the nasty remarks continued, knocking the self esteem of the aspiring singer.

However, the blows of a harsh world were softened by the love of her parents, she says.

‘My parents gave me the strength. They showered me with love despite my physical deformities.

‘Now after almost 10 years later, I will be going back to my hometown, Bohol.’ 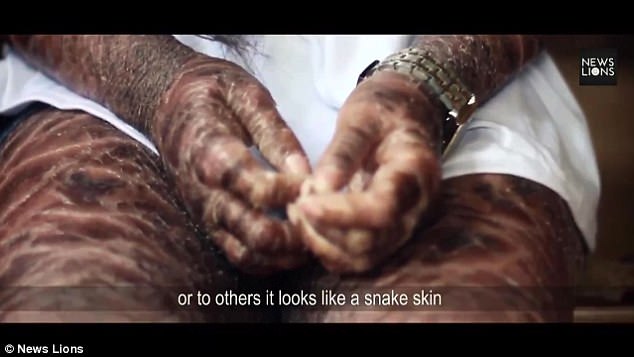 The teenager suffers from lamellar ichthyosis, which affects just one in every 600,000 people

Now Floraine’s family hope that doctors can alleviate her suffering.

Newslions, an India-based international media agency, is helping Shalini Yadav, an Indian girl suffering from a similar skin disease, to get medical treatment.

It has said it has been in touch with doctors treating her in Spain to see if they can help Floraine.

Floraine was delighted when she was told people are trying to get her medical assistance. 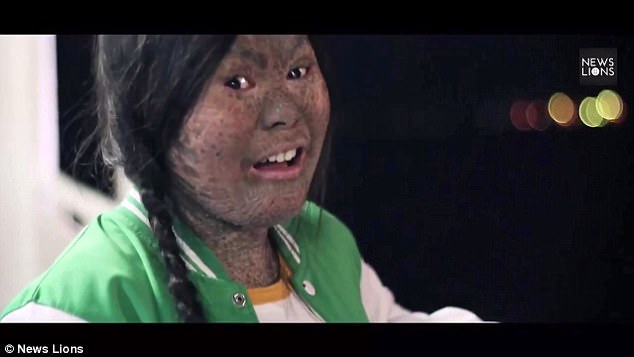 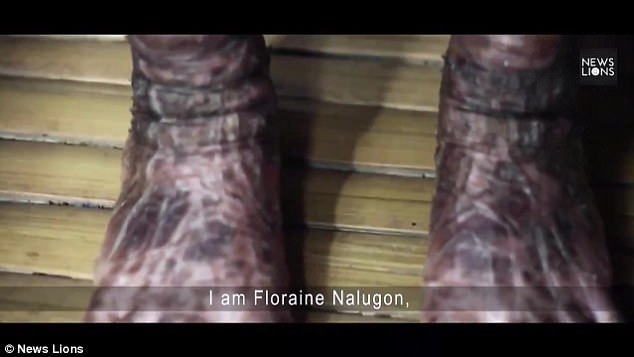 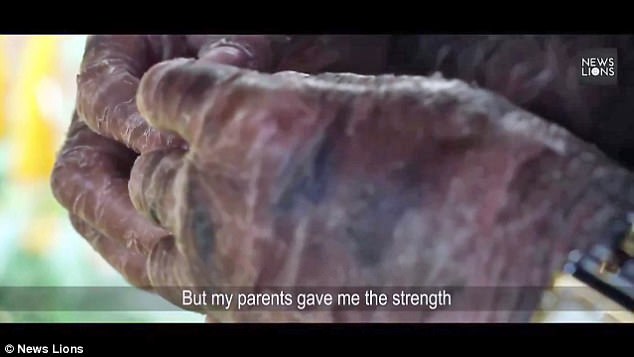 ‘I am very excited to know that there is a treatment of the disease I suffer from,’ she said.

‘I will be studying hard, get a good job and show to people that discriminates me that there is a chance for me to be like them also.

‘I am hopeful that I will also be treated like the Indian girl.’

Dr Wilson, who is currently treating Shalini at Hospital Humanline Banus in Marbella, said Floraine’s condition should be treatable.

‘There is a well-established treatment for this illness which is called Ichthyosis,’ he said.

‘The only problem is having the means to get the treatment to where it’s really needed. This is the biggest obstacle we face.

‘With the help, dedication and, of course, the necessary funding, I don’t see why this young girl cannot attain a better quality of life.’

Her family are so poor they couldn’t afford any specialist treatment to ease her ailments, leaving her unable to walk without a stick or straighten her limbs.

Local fundraisers heard about her painful existence and alerted hospitals around the world – and one agreed to treat Shalini for free.

Doctors reports that there has been significant improvements in Shilini’s health in the past week.

The girl’s father, Raj Bahadur Yadav, said: ‘The condition for my daughter’s skin has started to improve.

‘The doctors have told us that there will be 80 to 85 per cent improvement in her condition once the treatment process is over.

‘I am sure if the Filipino girl is brought here, she would also find a cure to her problem.’