Families around the world are quarantined because of the Covid-19 pandemic and are now facing the prospect of spending months at home with one another.

But it seems some parents are finding it difficult to entertain their children while in lockdown – and have taken to the internet to share hilarious snaps showing how their little ones are wreaking havoc.

Parents in the US and the UK, among other countries, revealed how their children  have gotten themselves covered in mud, paint and toothpaste while left to their own devices.

In a viral gallery collated by Bored Panda, one photograph shows how children used precious toilet roll as a bath time toy and left them soaking in the tub.

Here, FEMAIL reveals a selection of the funniest posts shared by parents around the world… 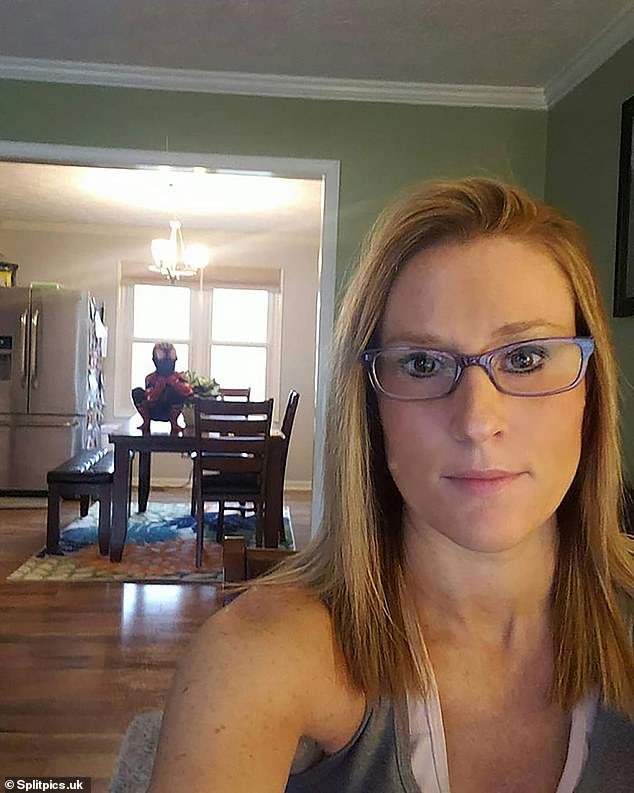 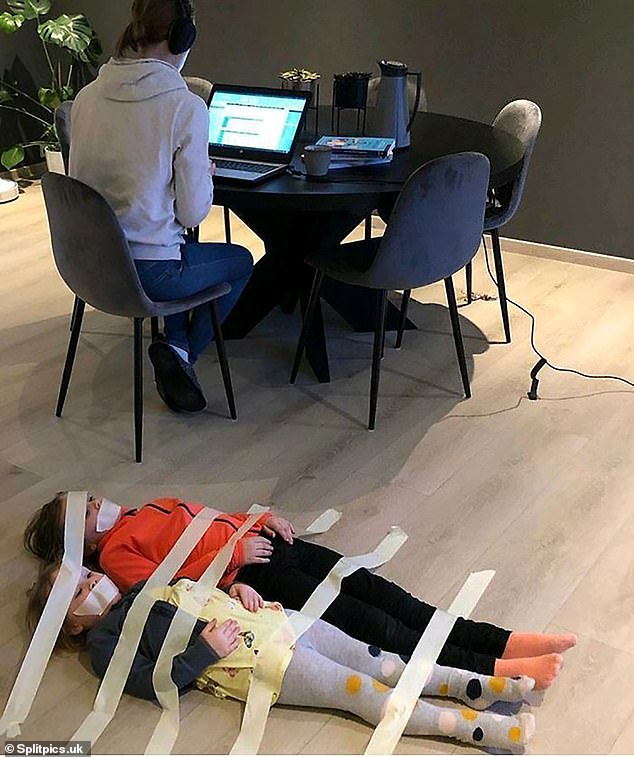 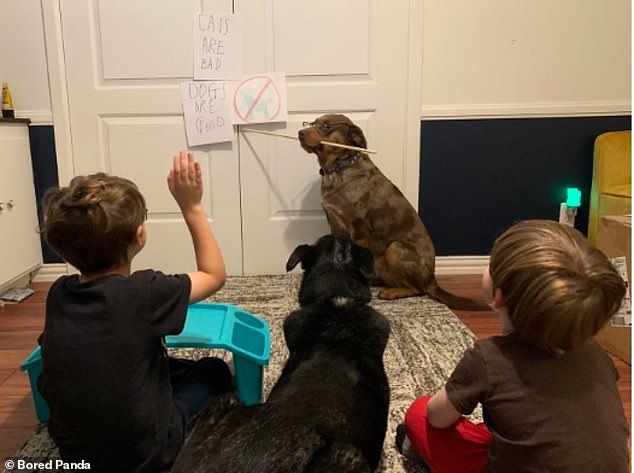 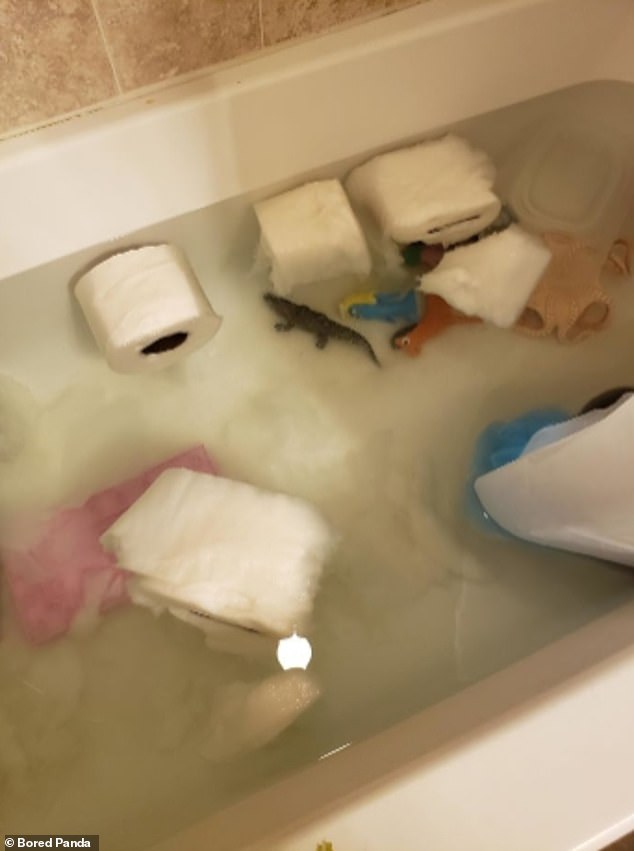 Wiped out! A British mother’s child gave their toilet roll a bath amid the  coronavirus panic-buying crisis 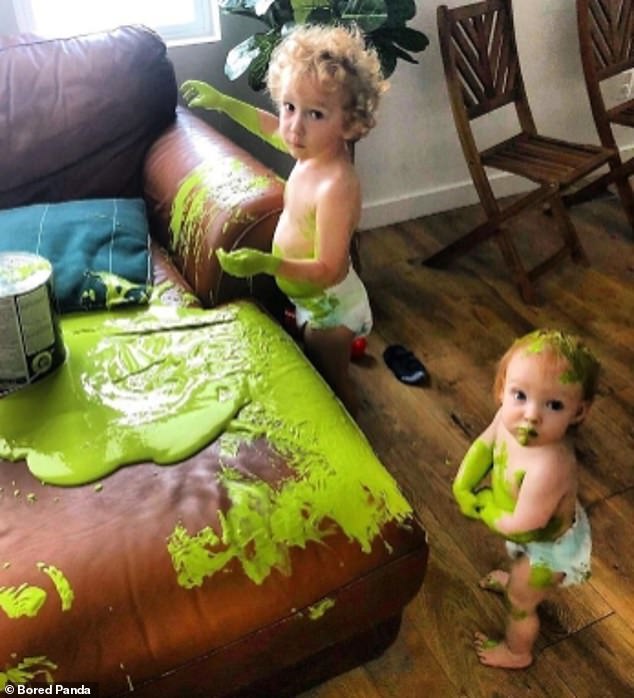 What a mess! These mischievous children spilt vibrant green paint all over their American mother’s home – including her leather sofa 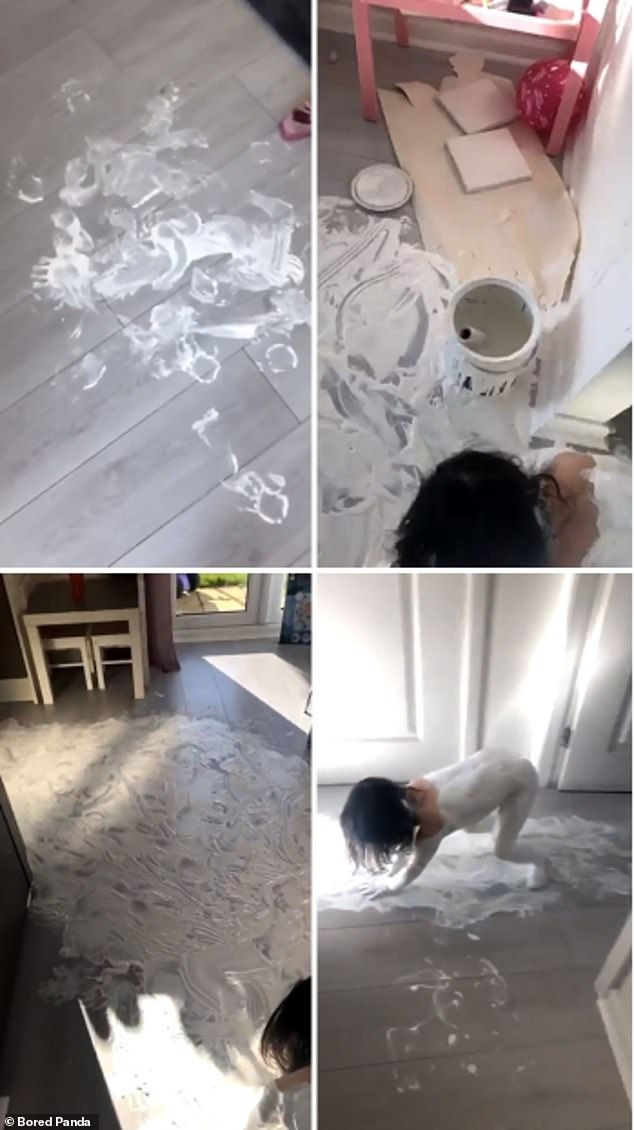 Now that’s a big mess! This American child stunned her parents when she attacked her home with a lot of white paint during the coronavirus lock-down 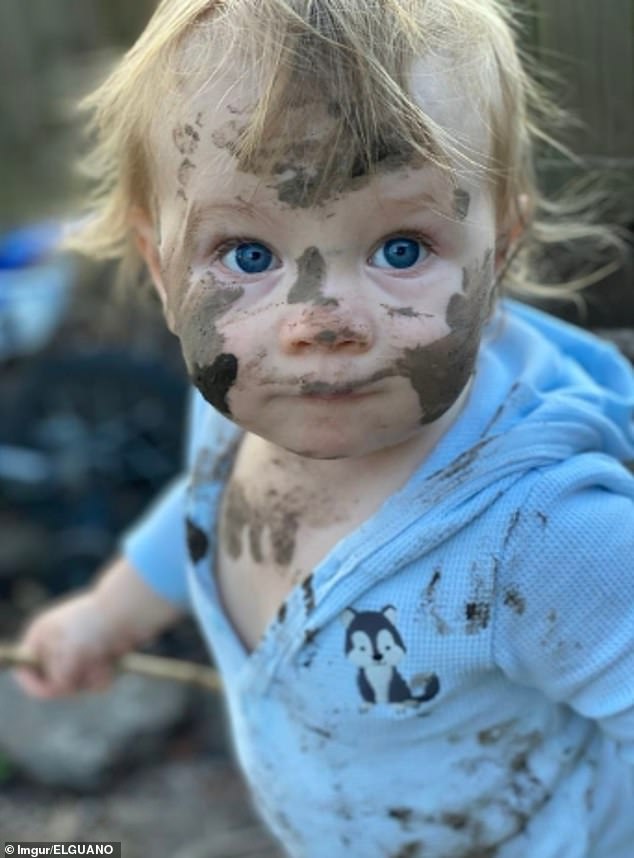 This parent, from an unknown location, said mud is ‘good for the soul’ as their toddler got stuck into the outdoors on the second day of quarantine 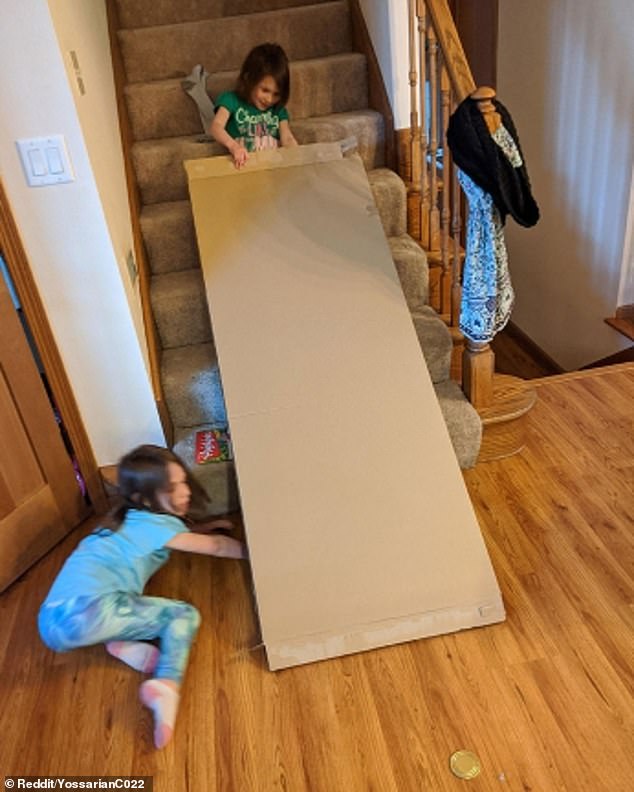 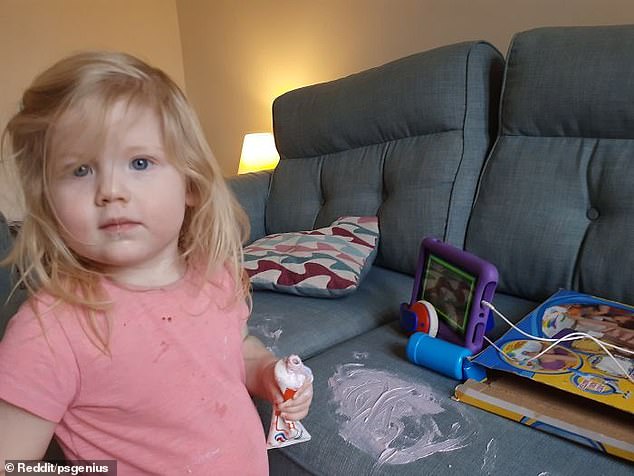 This parent, thought to be from the US, described their adorable daughter as a ‘terror’ 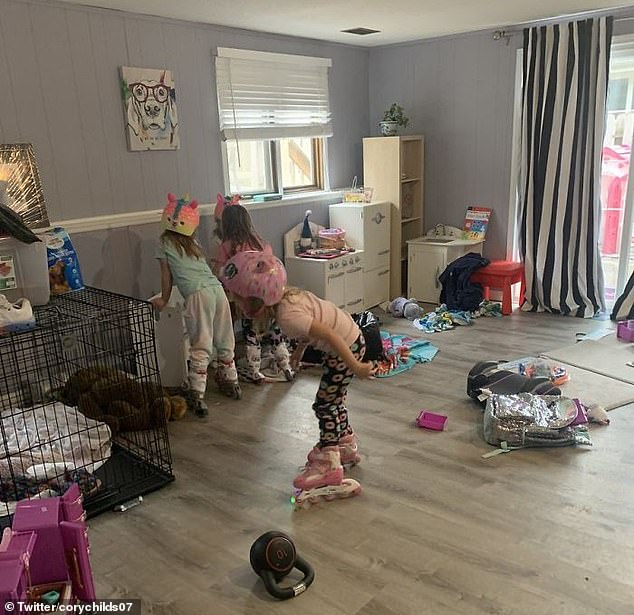 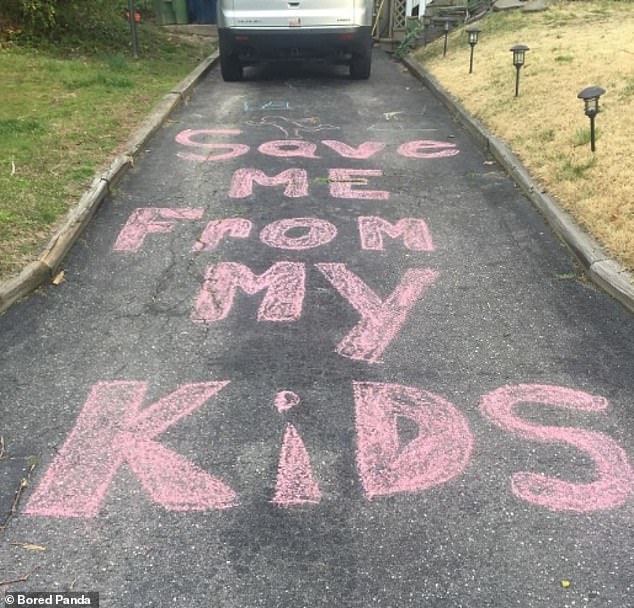 Class dismissed: One British parent made a cry for help on their driveway as they asked to be saved from their kids in a chalk message 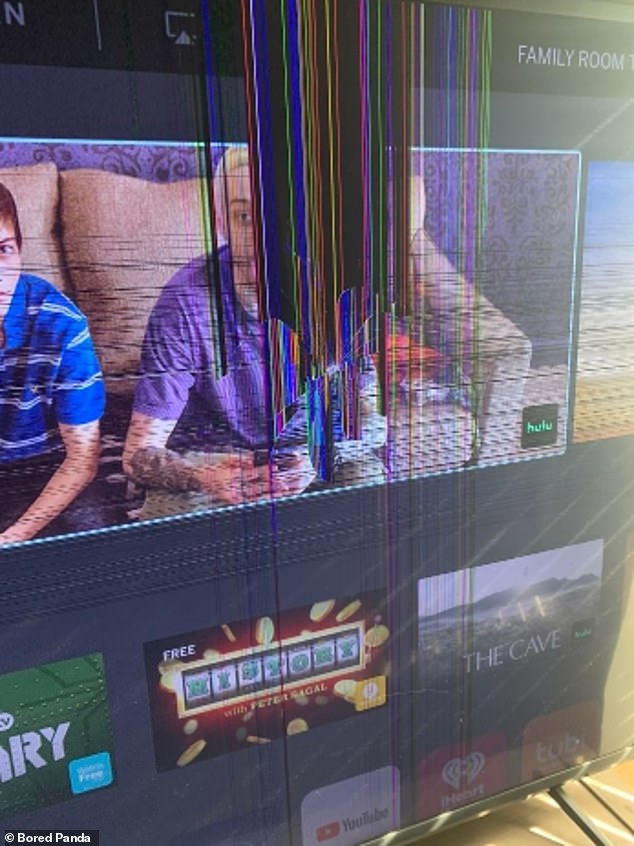 Oops! One American mother bemoaned that her child had already broken their television during day two of their self-isolation 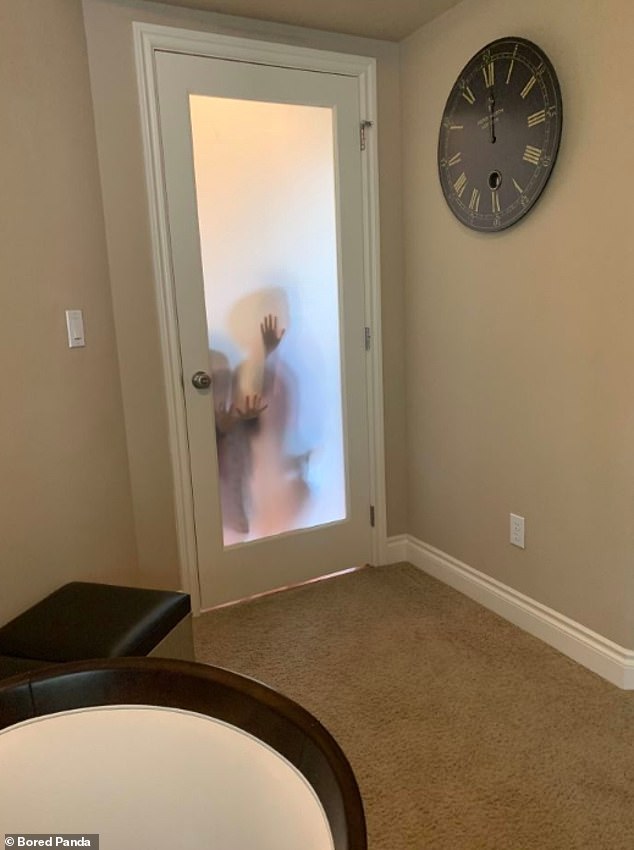 ‘Mum, come play with us!’ These children couldn’t wait for their American mother to finish work when they realised she was still at home 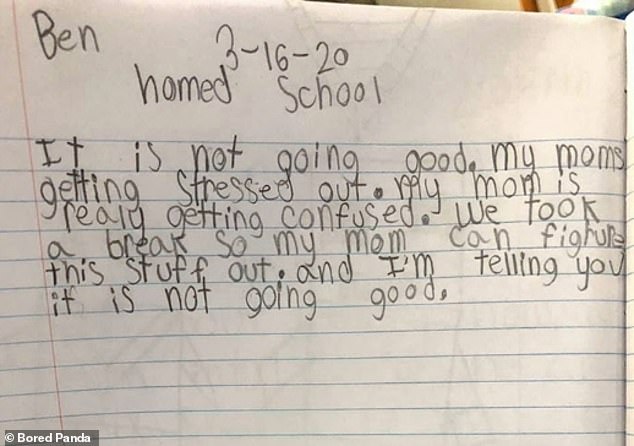 ‘It is not going good’: And it’s not just the parents that are having a stressful time – with one American youngster writing to his teacher that his mother is struggling to figure things out