Snoop Dogg on Wednesday said he was sorry to Gayle King over his mercurial reaction to her reporting on his late friend Kobe Bryant.

In a clip, the Drop It Like It’s Hot rapper, 48, said he was in the wrong in launching into a diatribe against the CBS correspondent after she asked WNBA icon Lisa Leslie how the 2003 rape allegations against Bryant impacted his overall legacy in the wake of his death at 41 last month in a helicopter crash with his daughter Gianna, 13, and seven others.

‘Two wrongs don’t make no right; when you’re wrong, you gotta fix it,’ the Long Beach, California native said. ‘So with that being said, Gayle King, I publicly tore you down by coming at you in a derogatory manner based off of emotions, me being angry at questions that you asked.’ 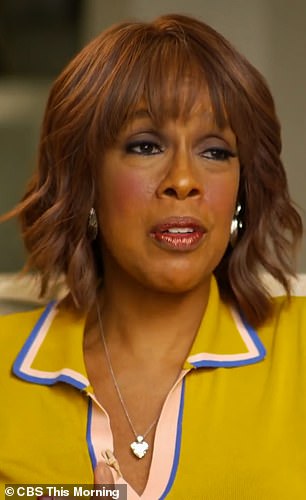 The latest: Snoop Dogg, 48, on Wednesday said he was sorry to Gayle King, 65, over his mercurial reaction to her reporting on his late friend Kobe Bryant

He said he ‘overreacted,’ adding, ‘I should have handled it way different than that – I was raised way better than that.’

‘So I would like to apologize to you publicly for the language that I used and calling you out of your name and just being disrespectful.’

The rapper wrote in the caption of an Instagram post: ‘Had a talk with my momma thank u mamma … 2 wrongs don’t make it right time to heal @gayleking Peace ☮ n love Praying for u and your family as well as Vanessa and the kids.’

In his initial outburst, Snoop Dogg said he called King a ‘funky, dog-haired b****’ and said, ‘Back off, b****, before we come get you;’ on Wednesday, he said he didn’t intend for it to come off as vitriolic as it did. 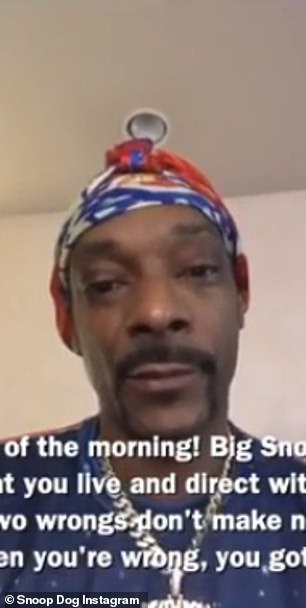 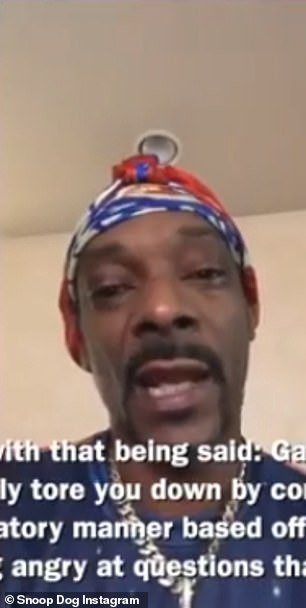 Mea culpa: Snoop Dogg said he was in the wrong in launching into a diatribe 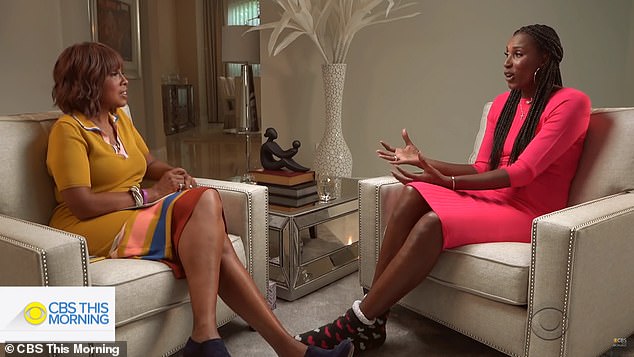 Flashpoint: The rapper said he was wrong in launching into a diatribe against the CBS correspondent after she asked WNBA icon Lisa Leslie how the 2003 rape allegation

‘I didn’t mean for it to be like that,’ said the rap artist, whose full name is Calvin Cordozar Broadus Jr. ‘I was just expressing myself for a friend that wasn’t there to defend himself.’

Snoop Dogg said he was hoping to use his status as a role model to many to show that it’s fine to apologize when you’re in the wrong.

‘A lot of people look up to me and they love me, and they appreciate me, and I want to let them know that anytime you mess up, it’s okay to fix it, it’s okay to man up and say that you’re wrong … have a good day.’ 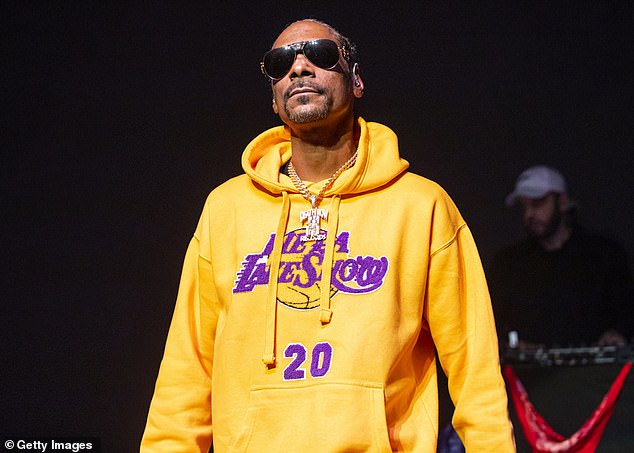 In memorial: Snoop Dogg donned a yellow Lakers sweatshirt during his Detroit show on January 26, the day of the fatal crash that killed Bryant, his daughter Gianna and seven others 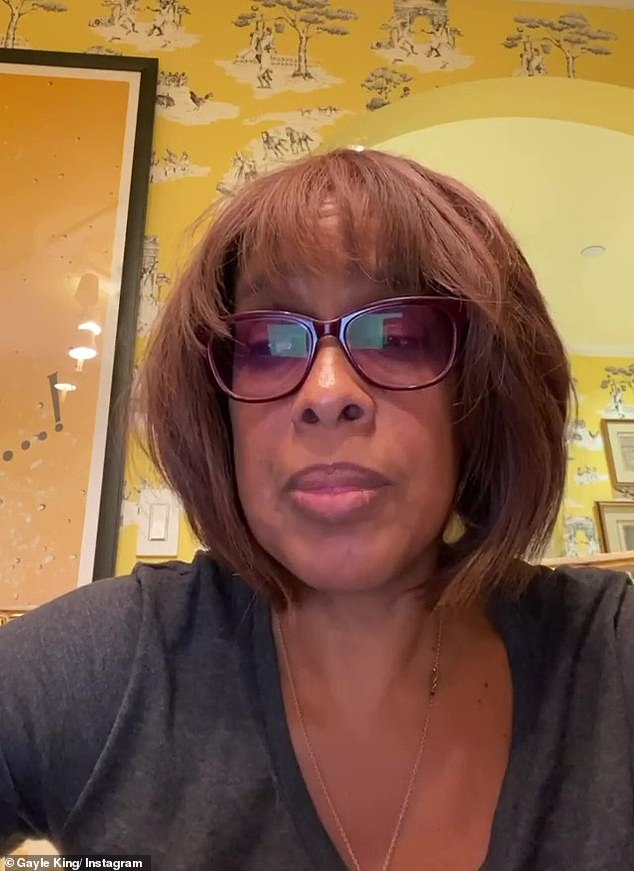 Tough time: King last week said on social media that CBS edited a teaser clip to highlight the most controversial part of a long and thorough discussion on the late NBA standout

In his initial outburst against King, the rap stalwart expressed his outrage at King for what he implied was a bias in who she reported on, and how she did it.

‘What do you gain from that? I swear to god, we the worst,’ he said. ‘We the f***** worst. We expect more from you, Gayle, why y’all attacking us? We your people! You ain’t come after f***** Harvey Weinstein, asking them dumb-ass questions. I get sick of y’all.’

King last week said on social media that CBS edited a teaser clip of the chat to highlight the most controversial part of a long and thorough discussion on the late NBA standout.

‘I know that if I had only seen the clip that you saw, I would be extremely angry with me too,’ she said. ‘I am mortified. I’m embarrassed and I am very angry. Unbeknownst to me, my network put up a clip from a very wide-ranging interview, totally taken out of context and when you see it that way, it’s very jarring.’

Her longtime confidante Oprah Winfrey, appearing on the Today show last week, said King was ‘not doing well’ in the wake of the public attack from the rapper.

‘May I say she is not doing well because she has now death threats, and now has to travel with security, and she’s feeling very much attacked,’ Oprah said.