Gary Lightbody has not had a proper girlfriend in eight years. He’s the lead singer in Snow Patrol, a handsome rock star known for great anthems such as Run and Chasing Cars, but still he’s single. ‘It doesn’t really make sense, does it?’ says Lightbody with a wry smile, running a hand through his longish black hair.

Snow Patrol are about to make a comeback with new album Wildness after a long time away – roughly as long as he has been single – but they are still one of the biggest rock bands in the world. Lightbody can connect with whole stadiums full of people as if he was singing to them one at a time, so why does he have nobody to connect with as a partner?

‘Ah, I wasn’t a great boyfriend. I cheated and I was shut down emotionally. All the clichés of terrible boyfriends. So I wanted to sort myself out before I started anything with anyone. That coincided with us coming off tour seven years ago. And I started drinking heavily. And I thought that was another reason not to get involved with anyone. I didn’t want them to be with me in this mess…’

They had been together since their days at Dundee University in the early Nineties and had slogged away as a band for a whole decade without any success, before sudden global fame brought a relentless schedule. ‘You can’t stop anything, you have to keep moving and it’s all organised a long way in advance. I would look in the diary to see when we had some time off and I would count the days.’ 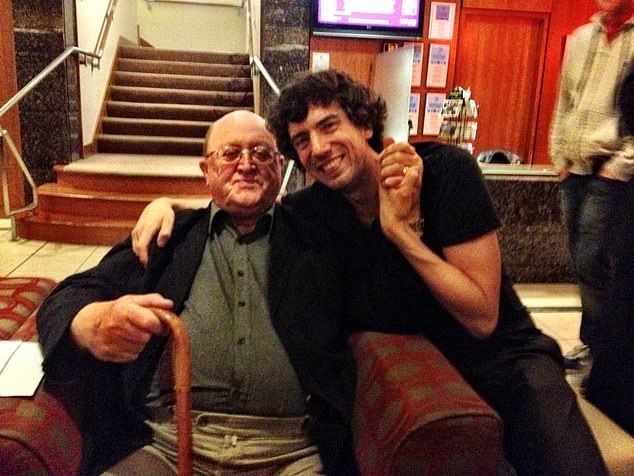 Lightbody with his father, Jack. When the touring stopped, Lightbody, 41, got lost in a fog of drink, drugs and depression

He makes the rock ’n’ roll life sound like a prison. ‘It’s a really bad way of living your life. We were going to burn out at some point. Everybody was like, “I just want to see the finish line, I don’t care about anyone else.” It became a toxic environment.’

When Snow Patrol collapsed, exhausted in 2012, the plan was for them to take a year or two away from each other. Lightbody had a side project going with members of REM and he moved to Los Angeles to try to break into the movies. ‘That was much harder than I expected. I went into movie studios for meetings, not realising that’s the perfect way to get nothing done in LA. You get smoke blown up your a***, then they show you out the door and you’re never thought of again.’

In the meantime, he was drinking. ‘I’m told I was always a pretty good drunk. I was never aggressive or anything like that. Then it turned darker when I was in LA. Most of my friends there had kids or they were recovering alcoholics, so not a lot of them drank that much, if at all. I was wanting to be out every night, so I would go out on my own. And that’s when I realised I couldn’t stop. It was horrible to go a day without drinking.’ 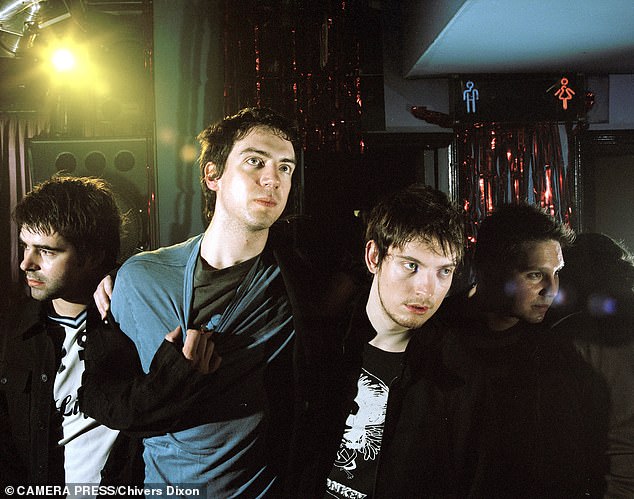 Gary Lightbody (second from left) and the band. Snow Patrol are about to make a comeback with new album Wildness after a long time away

Crippled with self-loathing, he thought about ‘not existing’ – but had not got as far as working out how to actually end his life when a nasty infection gave him a jolt. ‘The doctor was like, “Whatever you’re doing, don’t do that!”’

The infection was in his ears and throat and also both sinuses. The doctor wanted to operate but Lightbody sought a gentler option. ‘A friend of mine, Gabrielle, is an acupuncturist and she was like, “Give me a month and we can fix this. But no drinking.”’

That was a huge challenge, but he saw it as a matter of life and death. ‘On my 40th birthday I was dry. I went back to the doctor after a month of getting treatment with Gabrielle, three times a week. He did the CT scan again and it was clear.’

To maintain his health, Lightbody now employs a strict routine. ‘I’m very vigilant. I have to do certain things every day. I have to meditate, I have to do my qigong [exercises], I have to go to the gym. If I don’t do those things, I start to feel the shadow.’ 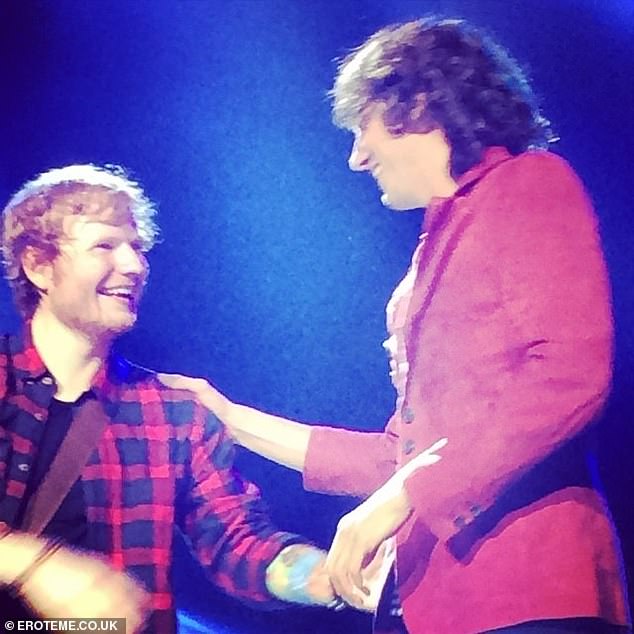 Lightbody on stage with Ed Sheeran in Los Angeles. ‘Ed is unlike any other musician I’ve ever known,’ he says

Part of his return to health has been writing songs with other people – including Taylor Swift, One Direction and Ed Sheeran. ‘Ed is unlike any other musician I’ve ever known,’ he says. ‘You sit in a room with him and he’ll write ten songs in a few hours. It’s a thing of magic, really. He is in tune with his muse, his guitar bends to his will.’

Sheeran also writes with fellow band member Johnny McDaid, a highly accomplished producer outside Snow Patrol who has written for movies including Just Before I Go, the first film directed by Courteney Cox. The pair started dating four years ago and are due to be married this summer in Malibu. Is it a bit weird for Lightbody that his mate is engaged to Monica from Friends? ‘Ha! No, it doesn’t freak me out at all. She’s so down-to-earth and lovely. Not in a million years would you ever think, “You’re a star.”’

The new album features proper big Snow Patrol blockbusters but there are also haunting ballads, including one called Soon. It’s about his father Jack, who has Alzheimer’s. ‘I can’t wait to sing it live,’ he says.

The White Stripe, whose Seven Nation Army has become a staple of football stadiums, plays three dates in London. Jun 26-28 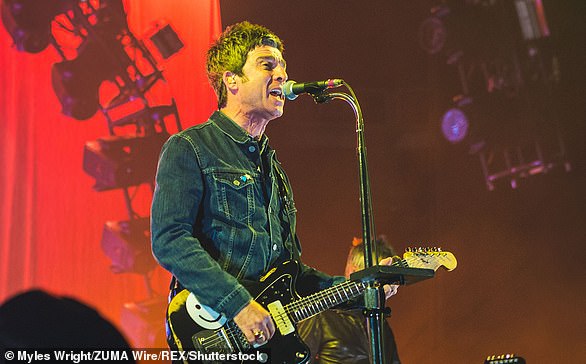 The Why Does It Always Rain On Me hitmakers wisely decide to stay indoors for their summer shows. Jun 10-Aug 22

Expect a few Oasis classics from the elder Gallagher brother as his solo career continues to soar. Jul 6-21

Sheffield’s finest are on a global tour for new album Tranquility Base Hotel & Casino, with 14 UK dates in September. Sep 6-28

Will that be difficult? ‘When he’s there, maybe.’ Lightbody’s eyes start to fill up as he recalls the last time he sang in front of his father, in Dublin a few years ago. The song Lifening made reference to wanting to be a father like his own. ‘Everyone cheered the line and I looked over at him standing at the side of the stage and he was smiling. I went over and got him and the place went nuts.’ Lightbody fights back real tears. ‘I stood in the middle of the stage with him and he turned to me and whispered in my ear, “Well this is great, isn’t it?” I was just like, oh my God! It was perfect. The feeling of sadness I’m having right now is the feeling I was having then, until he said that, and then I just laughed and laughed.’

Is he worried for himself? ‘Yeah. That’s where the line in the song comes in: “Soon you’ll not remember anything. Some day neither will I.” My memory has never been very good. I don’t remember my own song lyrics most of the time. So yeah, I think about that. A lot of this record is about memory. Maybe there’s something of my childhood in there.’

And he’s come full circle, because Lightbody has left LA and is back living in Northern Ireland again. ‘When I left for university I was happy to go. But when I finally bought a house there, in my 30s, I fell deeply in love with the place again. Northern Ireland is amazing. We punch well above our weight in sport, in music, culturally, all the art forms. We are a small country that gives a lot out to the world and it’s something to be proud of. So when I moved back, I did it out of love. I understood the place better. And its peace. Northern Ireland is a different place now.’

Gary Lightbody looks down at his hands and smiles, having found a peace of his own. ‘I’m in a very different place now myself…’

‘Wildness’ is out on Friday