The pregnant widow of an Australian snowboarding champion wants emergency first responders to tell grieving relatives how to save their dead partner’s sperm.

Within hours of his death, his partner Ellidy Pullin – who changed her name from Vlug to Chumpy’s surname in recent weeks – organised IVF specialists to harvest his sperm.

The couple had been trying for a child together in the lead up to the tragic accident and were able to fast track the process once she realised it was possible.

Ms Pullin, 29, is now pregnant with his child through IVF, one year after he died, and due to give birth in October.

But the model says paramedics and police must be trained to advise devastated spouses of the possibilities of post humous sperm retrieval as early as possible.

There is only a 24 to 36 hour window where medics can perform the procedure after death and it requires legal paperwork to be completed before it can begin. 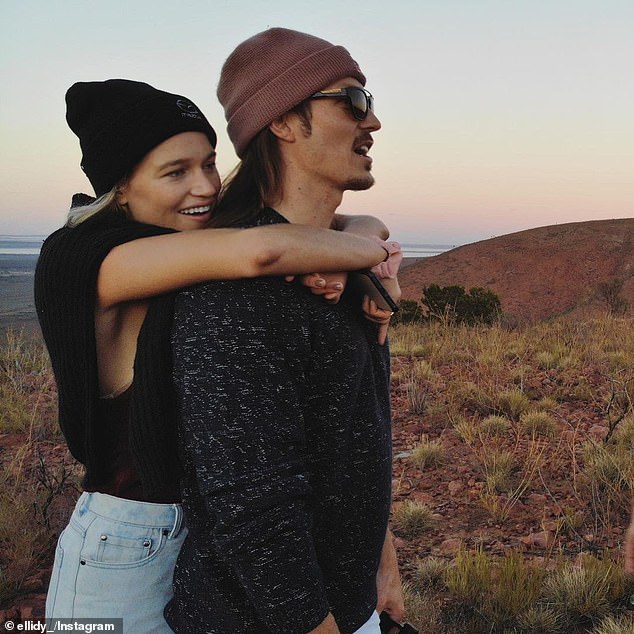 But Ms Pullin said instead of being told of the IVF options available to her, she was being asked about the state of their relationship and their movements that day.

‘I was explaining to them how we had the most perfect life in the world, we were trying for a baby, nothing could have been better in our life,’ Ms Pullin revealed in her podcast, Darling, Shine!

‘I think that they should have the knowledge to say, “Oh my God, you were trying for a baby? Do you know that if you act really crucially in the next 24 hours, 36 hours, you can actually retrieve his sperm?”

‘I think that would have been really important knowledge.’ 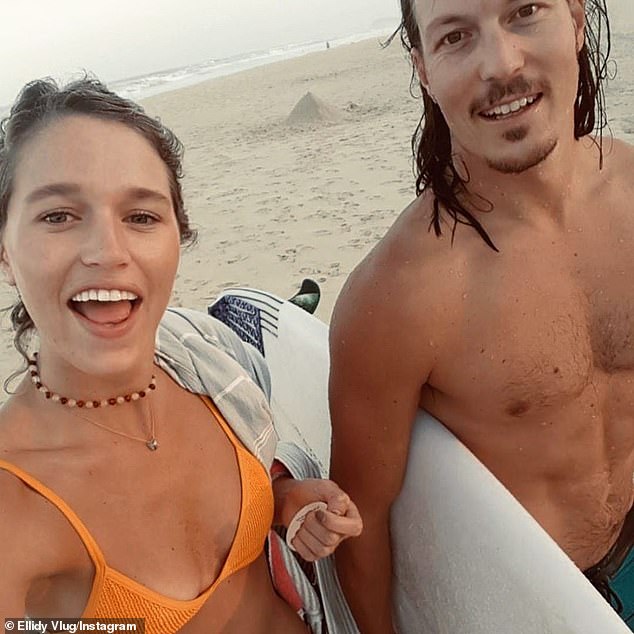 She added: ‘I’ve said this to a few people, I just think the police officers, the ambulance officers and stuff on the day (of the tragedy), I think it should have almost been something that they said to us that day.’

‘It turns out because everyone was on board, we were able to get an affidavit done and all this legal documentation written up so we didn’t actually have to get up in front of a court,’ she said.

‘The lawyer, he must have done a week’s worth of work in two hours or something.’ 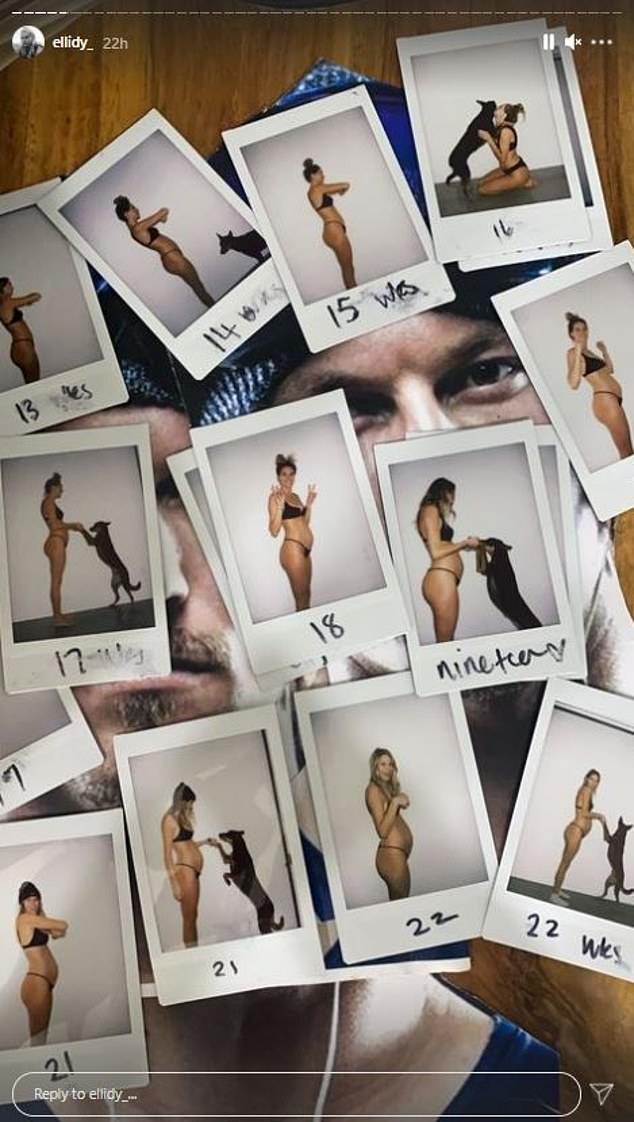 Ms Pullin added: ‘I feel like Chumpy was pulling some strings from up there making this all happen for sure.

‘My main reason for going on the news is to spread awareness about sperm retrieval – so many people don’t know about it.’

Mr Pullin was found on the ocean floor by another snorkeller and brought to shore by lifeguards, with his partner rushing to scene as they tried to revive him.

She announced in June she was pregnant via IVF in a heartwarming announcement to 57,000 Instagram followers through a series of photos of her swollen stomach. 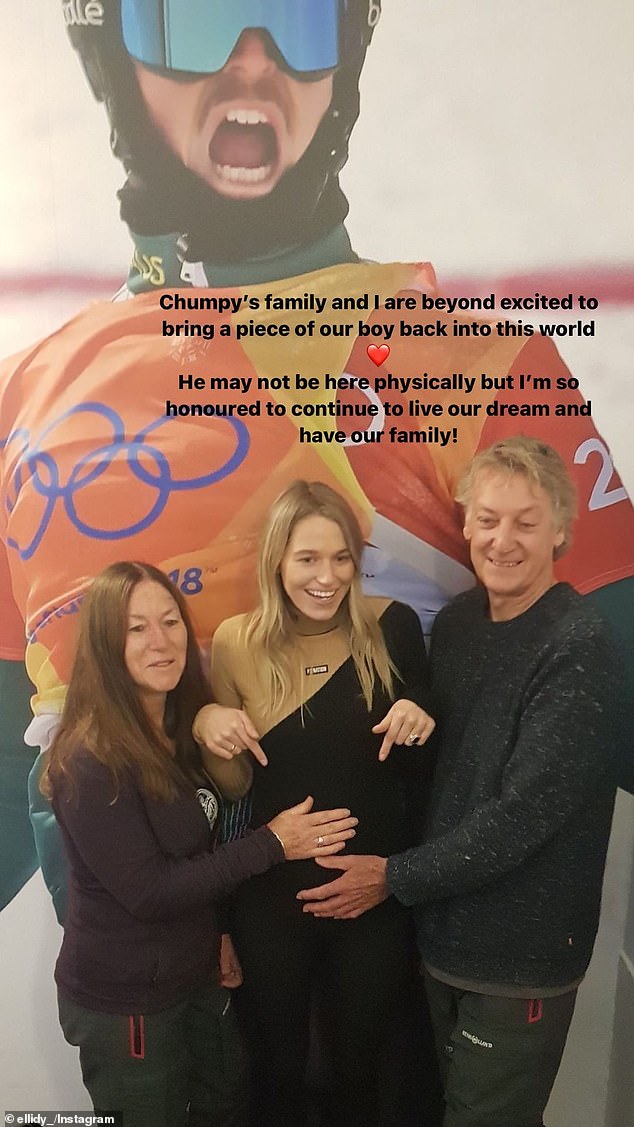 ‘When my love had his accident, we all held onto hope that I’d be pregnant that month. We’d been trying for a baby,’ the 29-year-old model wrote.

‘IVF was on our cards but it wasn’t something I ever imagined I’d be tackling on my own. Bittersweet like none other, I’ve never been more certain or excited about anything in my entire life.’

But Queensland Ambulance Service said it would be inapproraite for their staff to get involved. 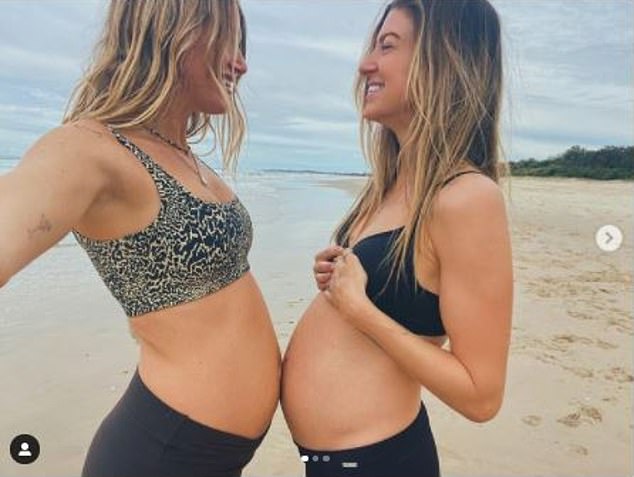 Ms Pullin (left) celebrates with a pal who captioned the photo: ‘This angel and her Chumpy bumpy’

‘For expected deaths, this will already have been considered,’ a spokesman told Gold Coast Bulletin.

‘For unexpected deaths, the situation is extremely raw and it would not be appropriate for paramedics to get involved at that point.

‘The Coronial services would be better placed.” 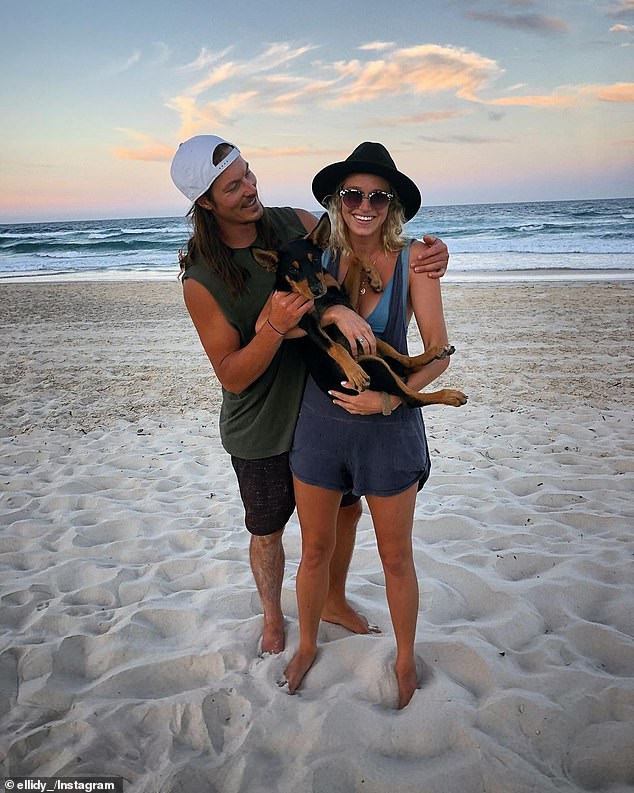 Ms Pullin previously told Daily Mail Australia Pullin had been an experienced free diver and ‘had mastered the art of holding his breath for long periods of time’.

The Olympian often went out spearfishing on his own or with friends, and Ms Pullin said she never once had any concerns about anything going askew.

On the morning of his death, the couple woke late before Mr Pullin decided to go get some sun.

Ms Pullin told Daily Mail Australia she last saw her boyfriend alive moments before he’d decided to go for a dive, telling him: ‘Love you, watch out for sharks’.

Ms Pullin then went for a walk, returning home to find a neighbour at her door telling her a spearfisher had been pulled from the ocean.

Alex ‘Chumpy’ Pullin was twice snowboard cross world champion and the Australian flag-bearer at the Russian Sochi Olympics in 2014.