Snowboarder loses grip of tow lift and wipes out skiers, leaving four of them in hospital

Watch as snowboarder, 18, wipes out skiers, putting four in hospital… while going UP the piste! Thrill-seeker loses grip of Austrian tow lift and crashes into victims before being arrested

A teenage snowboarder put four people in the hospital last week when he tumbled downhill and crashed into oncoming skiers using a tow lift before fleeing the scene.

The Hungarian thrill-seeker, 18, was riding the Rosenkranz lift at the Austrian ski resort of Kreischberg on Wednesday when the bar used to pull riders up the slope slipped out from between his legs.

At first the unidentified snowboarder managed to grasp the bar with his hands to prevent him from falling, but as the lift reached its steepest point the teenager could no longer hold on. He slipped off the lift and began sliding back down the piste.

He narrowly avoided hitting a fellow snowboarder coming up behind him but, unable to slow himself, he quickly gathered speed and careened towards horrified skiers who could not avoid the flailing border hurtling towards them. 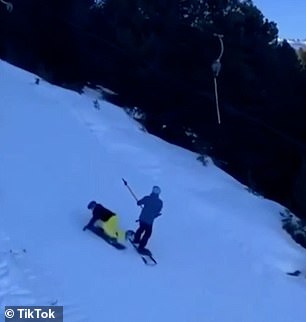 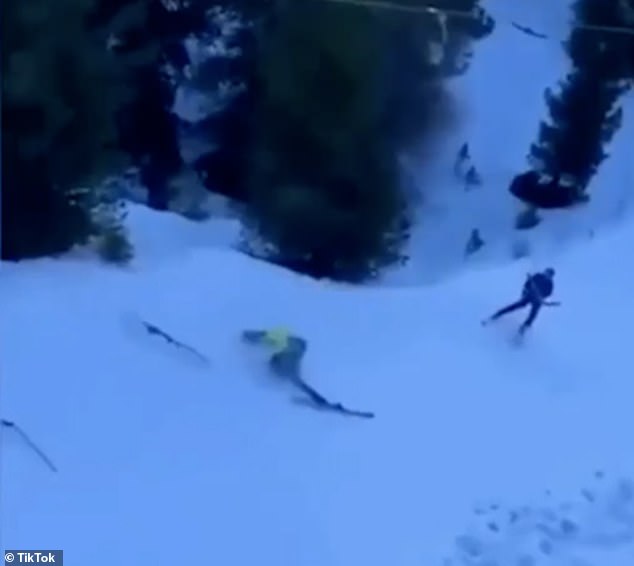 The first skier was demolished, losing both of their skies and poles when the border crashed into them 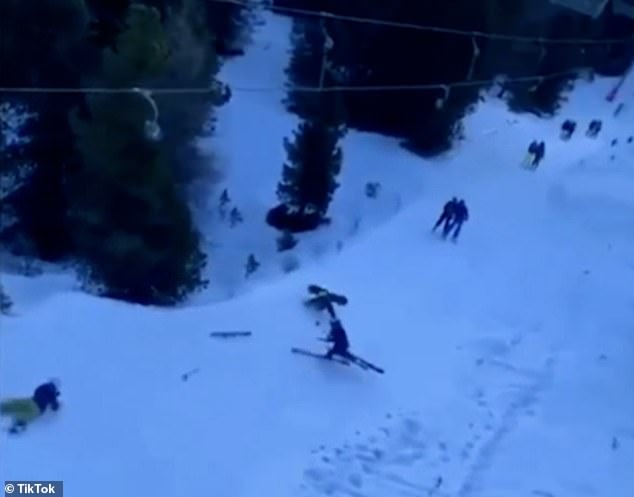 The border continued picking up pace as he tumbled down the slope, with terrified skiers watching on unable to avoid him

Stunning video footage shows the border flying down the piste in the Styrian Alps and slamming into the skiers, knocking each of them off the lift one by one and leaving a trail of destruction in his wake.

Four skiers sustained injuries in the collisions, one of them suffering trauma serious enough to warrant the dispatch of a rescue helicopter, which scooped the victim off the piste and flew to a nearby hospital in Friesach.

Three others were able to get down the mountain under their own steam but later went to hospital for treatment.

But instead of staying to help the stricken skiers, the offending boarder chose to flee.

The incident was reported to the Alpine Service of the Murau District Police Command by the enraged skiers, who launched a manhunt for the culprit and detained him several hours later on Wednesday, according to Austrian outlet Kronen Zeitung.

It is unclear what penalties the snowboarder will face or whether the skies intend to press charges – MailOnline contacted authorities at the Kreischberg resort for comment. 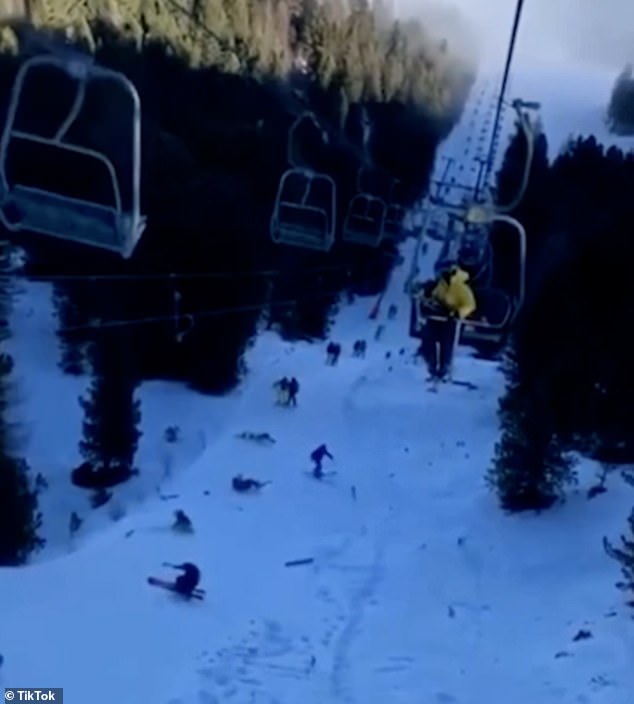 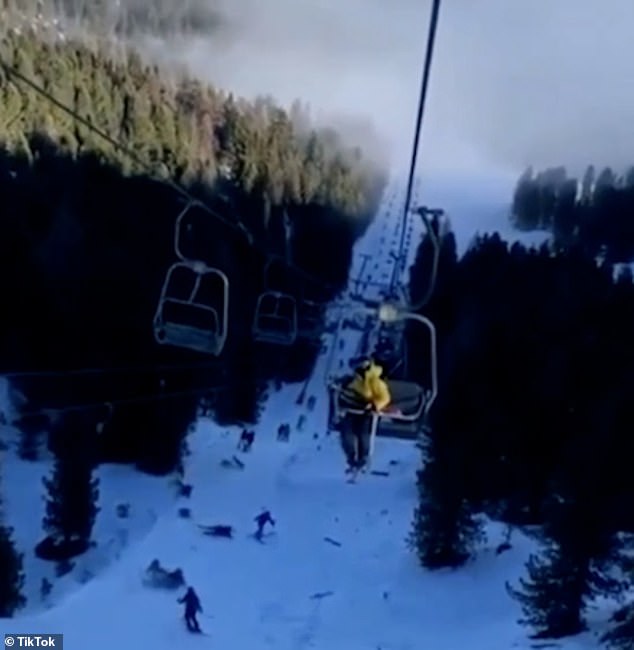 Stunning video footage shows the border flying down the piste in the Styrian Alps and slamming into the skiers, knocking each of them off the lift one by one and leaving a trail of destruction in his wake

Clips of the incident posted on social media angered skiers who piled in on the snowboarder for his actions and inability to ride the tow lift.

But several snowboarders leapt to the boy’s defence, pointing out that the T-shaped bar is designed perfectly for skiers to sit on, but puts snowboarders in a tenuous and physically demanding position for the duration of the lift.

‘I’ve been snowboarding for over 15 years and those things still catch me out sometimes,’ one user posted.

‘I’m 30 and have been snowboarding since I’ve been 10 and these still cause me issues,’ another chipped in.