Snowfall looked a stone-cold certainty in the Darley Yorkshire Oaks and that’s how it turned out as the Aidan O’Brien-trained odds-on favourite turned the Group One feature race into a procession.

Ryan Moore’s mount won by four lengths from Albaflora and it could have been a lot more if Ryan Moore had even needed to start thinking about getting serious.

Sky Bet cut Snowfall to 9-4 favourite for the Prix de l’Arc de Triomphe at Longchamp on October 3 and on Thursday’s evidence it is going to take a mighty performance to stop her following in the footsteps of the great Enable, who won the 2017 Yorkshire Oaks before landing her first Arc.

Snowfall is four from four in 2021 as she added to wins in York’s Musidora Stakes plus the English and Irish Oaks — all decisive successes which have been achieved by a combined margin of more than 32 lengths.

Twelve months ago O’Brien won the Yorkshire Oaks with Love, who looked brilliant but needed to be kept away from soft ground. Snowfall is impervious to any conditions thrown at her.

O’Brien, who looks likely to send Snowfall direct to the Arc, said: ‘She caught Ryan out a bit. She is very responsive when you ask her to go. Ryan said he got there in two strides.

‘She is so chilled. She is thriving and will be really ready for the autumn. She is indifferent to ground, trip is not a bother, she quickens and relaxes very well.’ 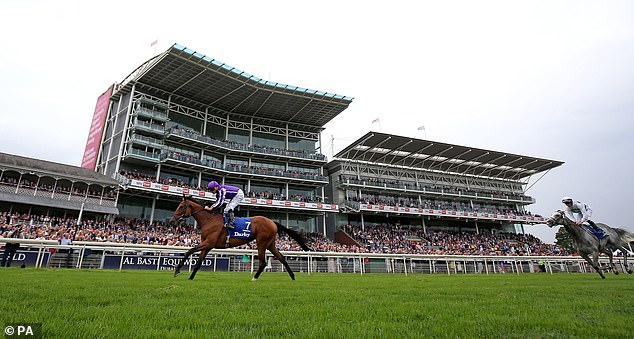 Moore added: ‘She gave me an exceptional feel. The race was over very quickly. The performance was as good as anything I have felt. She felt better than the last time I rode her. Hopefully, that is a good sign progressing into the autumn.’

Runner-up Albaflora benefited from being ridden patiently as Snowfall’s 150-1 pace-setting stablemate La Joconde hung on for third under Hollie Doyle.

David Menuisier-trained Wonderful Tonight paid for trying to make a race of it under William Buick as she faded into fourth.

Wonderful Tonight enjoyed a fantastic autumn last year and a return to softer ground will be a big plus. She has a big gap to make up but Menuisier retains faith, saying: ‘We know when the ground is softer she can improve by 10 lengths. That’s why we’re not disappointed.’ 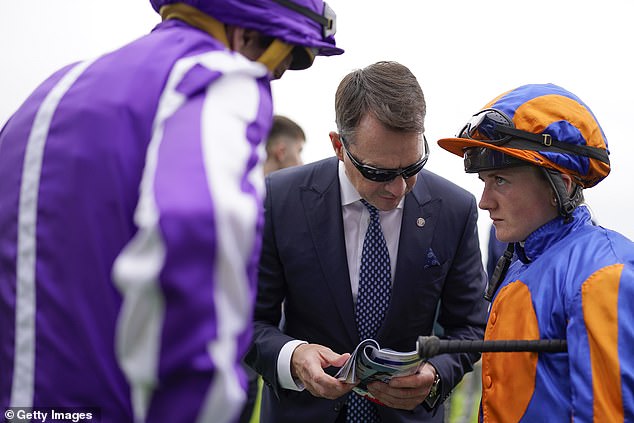 Meanwhile, O’Brien said his Eclipse Stakes winner St Mark’s Basilica, ruled out of the International Stakes because of an infection, is progressing well enough to make a shot at the Irish Champion Stakes at Leopardstown on September 11 realistic.

Andrew Balding’s Alcohol Free will be dropped back to a mile for the Queen Elizabeth II Stakes at Ascot in October after failing to last the mile and a quarter when sixth to Mishriff in the International Stakes.

Jump jockey Joe Colliver, best known for riding Sam Spinner, the Jedd O’Keeffe-trained Grade One winning hurdler, has been banned for six months for testing positive for cocaine at Wetherby on February 23.