Mike Russell, an SNP minister at Holyrood, today suggested Boris Johnson was behaving like a ‘dictator’ over Scottish independence

The SNP has claimed Boris Johnson is behaving like a ‘dictator’ over his refusal to grant Nicola Sturgeon’s request for a second referendum on Scottish independence.

Mike Russell, the Constitutional Relations Secretary at Holyrood, said ‘you can either have democracy or you can have dictatorship’ as he attacked the Prime Minister.

Mr Russell claimed Mr Johnson was behaving as if ‘other people’s votes don’t matter’ and that such a stance ‘cannot hold’.

His incendiary comments come after Mr Johnson formally rejected Ms Sturgeon’s demand for Holyrood to be given the power to hold a re-run of the 2014 ballot on splitting from the rest of the UK.

Mr Johnson justified the decision by claiming a second vote would lead to continued ‘political stagnation’ in Scotland, with the devolved SNP government focused on making the case for independence instead of improving schools and hospitals.

Ms Sturgeon wants to hold a second vote before the end of 2020 but she needs Mr Johnson’s permission in order to do so.

Ms Sturgeon has refused to rule out launching legal action against the UK government in a bid to force the PM’s hand on the issue.

The SNP argued the election results showed the party had an undeniable mandate for a second independence referendum as it won 47 of the 59 seats up for grabs north of the border. 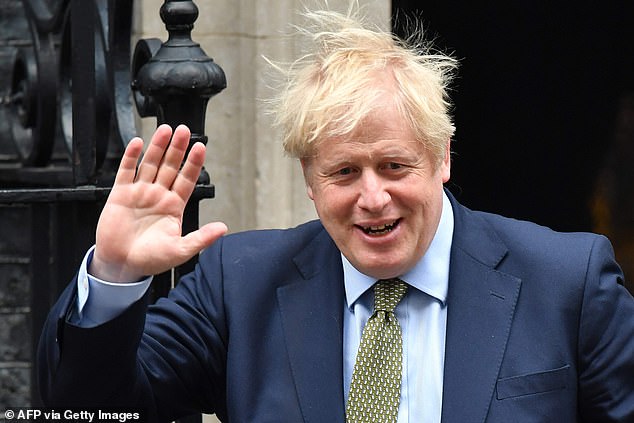 Speaking on BBC Radio Scotland’s Good Morning Scotland programme, Mr Russell said: ‘I think you can either have democracy or you can have dictatorship, you can’t have both.

‘If Boris Johnson wants to be a dictator that simply says “other people’s votes don’t matter, Scotland’s doesn’t matter, Scotland isn’t a nation”, that is a decision which cannot hold in my view, because it goes so much against the views of the people of Scotland.

‘Even those who are not in favour of independence, we know are in favour of saying it is right that if the people of Scotland vote for something they get their chance to choose. That is all this is about.’

Mr Russell claimed the SNP had ‘many options’ which could be used to push for a second vote but that he did ‘not want to go into them’, adding: ‘As we move forward, they will all become clear.’

However, SNP MP Joanna Cherry QC, has warned there is ‘no shortcut to an independent Scotland through litigation’.

Ms Cherry, who was involved in the court challenge which resulted in the PM’s decision to prorogue Parliament being declared illegal, said the courts could ‘play a role in determining the limits of Holyrood’s powers’.

But she added that ultimately the ‘answer lies in political strategy and reaching out beyond the political tribes’.

Ms Sturgeon is expected to ask the Scottish Parliament in the coming weeks to endorse her plan for another independence referendum. 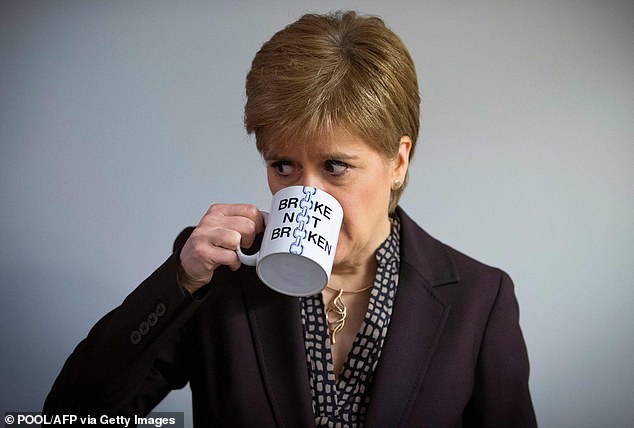 Nicola Sturgeon, pictured in Kinross on Monday, wants to hold a second ballot on breaking up the UK by the end of 2020

Tory Scottish minister Douglas Ross said: ‘The Prime Minister has been very clear that there will not be another independence referendum.’

Speaking on Good Morning Scotland he added: ‘A vote in the Scottish Parliament does not deliver an independence referendum, it is rightly reserved to the UK Parliament because if Scotland was to separate from the United Kingdom that would have an impact for the United Kingdom and I think it’s right that the UK Government holds the powers over referendums going forward.

‘That’s why I think devolving that to the SNP would simply get us into this process of neverendums and we don’t need that, we need continuity now, we need some calm and some focus on the issues that the Scottish Government have powers over, not new powers that they want to get.’