So what does Gladys quitting mean for roadmap to freedom? Successor may have different approach

NSW Treasurer Dominic Perrottet is the frontrunner to take over from Ms Berejiklian as Premier when the NSW Liberal parliamentary party meets to choose a new leader.

While Ms Berejiklian has stuck closely to the plan endorsed by the national cabinet for a path out of Covid-19 restrictions, Mr Perrotet’s public statements reveal a less patient approach to re-opening the NSW economy. 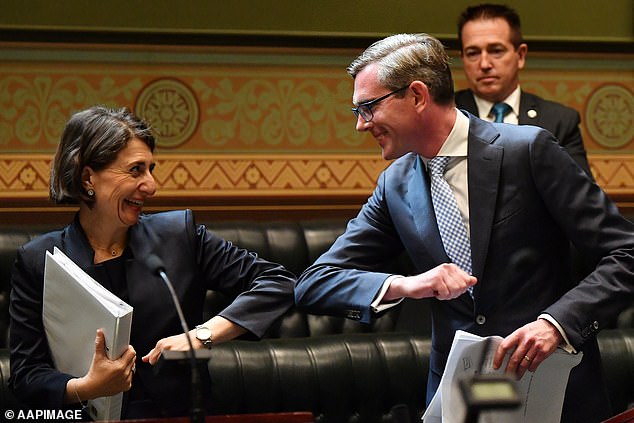 While he has been careful not to publicly disagree with the plan to restore many freedoms to the state’s residents as the 70 and 80 per cent full vaccination thresholds are passed, Mr Perrottet had previously expressed frustration at the prospect of Australia becoming ‘a hermit kingdom’.

After the state was plunged into lockdown, there were claims Mr Perrottet had stridently opposed extending restrictions during a crisis cabinet meeting. 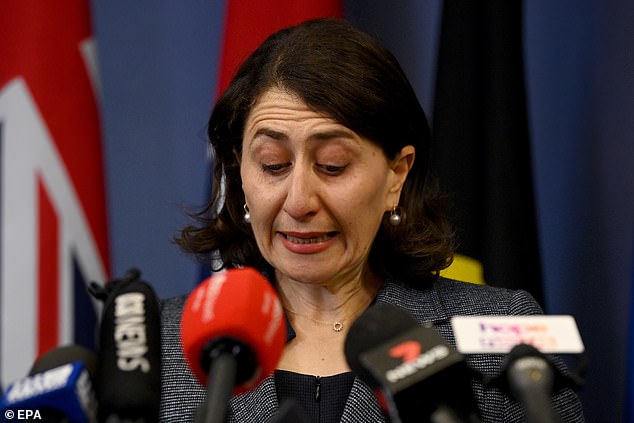 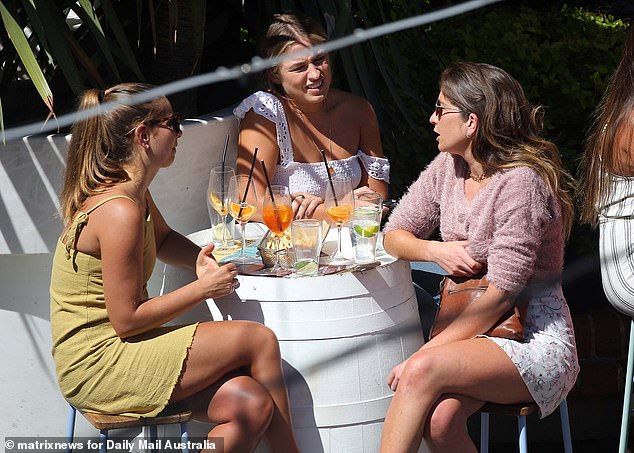 ‘Your early years at university and college are the best years of your life and we want to get the pubs and clubs open again and we want to bring fun back to our state,’ Mr Perrottet told Daily Mail Australia

Mr Perrottet had also talked up the resumption of international travel. When Australia will open up to the rest of the world was only confirmed today by Prime Minister Scott Morrison, who said Australians would be able to access an internationally recognised proof of vaccination document in the coming weeks and quarantine at home on return from next month.

Following Ms Berejiklian’s resignation, Mr Perrottet released a statement offering his ‘gratitude and thanks’ to the outgoing premier and saying he would take time in coming days to talk to family and colleagues about how he could best serve NSW.

‘The interests of the people of NSW must always come first, and the priority for the Government is to ensure we continue to keep people safe, and that we re-open the economy and get people back to work, kids back to school, and life back to normal as fast as possible.’

The NSW government has identified October 11 as the date the state would open up after hitting 70 per cent double vaccination of the eligible population, with 80 per cent to be reached two weeks later and 90 per cent by December 1.

Ms Berejiklian had indicated that once the 80 per cent target is hit, people will be allowed to travel freely throughout NSW, stand up for a drink at the pub, resume community sport and consider international travel.

Fully vaccinated people would be free to once again attend weddings, funerals and hairdressers.

At 90 per cent full vaccination, it’s expected masks and density rules will be dispensed with. 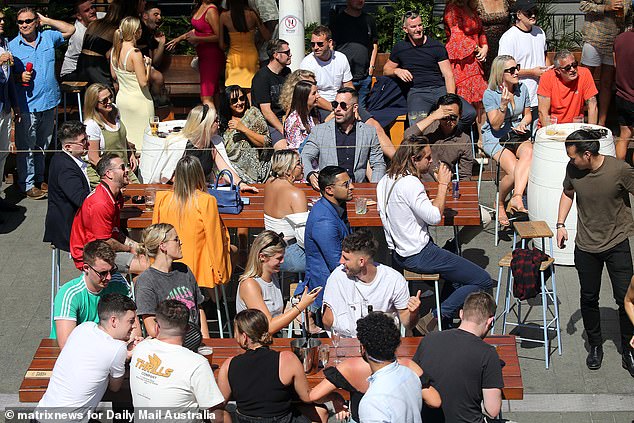 At 80 per cent full vaccination, people will be allowed to travel freely throughout NSW, stand up for a drink at the pub, resume community sport and consider international travel, the NSW government had said

Mr Perrottet said while suburb-specific lockdowns may still be required, he expected state-wide shutdowns to be over for good once the 70 per cent threshold was reached, including in LGAs with higher active case numbers.

‘Simply because certain local government areas… at the moment have higher case numbers than others does not mean at a 70 per cent mark, when we hit that double dose level, that those people who’ve received the vaccination are not able to participate in society like everyone else.,’ he told Sky News.

At 39, Mr Perrottet would be the youngest leader in the history of Australia’s most populated state.

He became Treasurer in January 2017 when Ms Berejiklian replaced Mike Baird as Premier, is also a devout Catholic and hails from the Liberal Party’s Right faction.

On Friday, 87.2 per cent of people aged 16 and older had received one dose of a Covid-19 vaccine, while 64 per cent are fully vaccinated.

The current NSW outbreak had resulted in 352 deaths to date.