By Kieran Prendiville For The Mail On Sunday

Luck of the Irish: Kieran pictured above

Many years ago I wrote a love letter to rural Ireland in the form of a drama series called Ballykissangel.

Keen to avoid the kind of guff the Irish call Paddywhackery, I made a strong pitch to the BBC. Irish people were as mean and grumpy as anyone else, I said. So let’s make sure we see that, too. And then you go to Ireland and they pull the rug from under you. Where else in the world does this happen?

The coach from Dublin Airport is waved down at a designated stop. A woman gets on, then just as quickly gets off again. She’s forgotten something. The driver tells her not to be long. Is he going to wait for her?

It appears not. We roll away from the stop to the junction where we last saw her. The driver and everyone else peers down the road. Nothing. So what does the driver do? Forget about her? No, he applies the handbrake and sits back. The woman eventually reappears, out of breath and thanking us for waiting. And off we go. In London there would have been a riot.

But we hadn’t come to Ireland to dally in Dublin. Instead, we were heading to the Kingdom of Kerry. Full disclosure: this is the old country for me. I’m second-generation Irish and many of my family still live there.

So what to do? Killorglin’s Puck Fair is a three-day blast of music, craic, horse and cattle-dealing, funfairs and bars that stay open until 3am. Puck, by the way, is not a Shakespearean character but a wild goat, captured for the fair and released after the good-natured mayhem.

The weather was lousy – had it been kinder we would have taken the Ring of Kerry to Cahersiveen and then a boat trip to the seabird paradise of the Skellig Islands.

Every time I visit the Kingdom, an uncle reminds me that a day spent out of Kerry is a day wasted – though he sometimes has to speak up over the noise of rain bouncing off his umbrella. But he’s right – I’ve wasted many a moment but never so blissfully as in Kerry. And it doesn’t always rain. Honest. 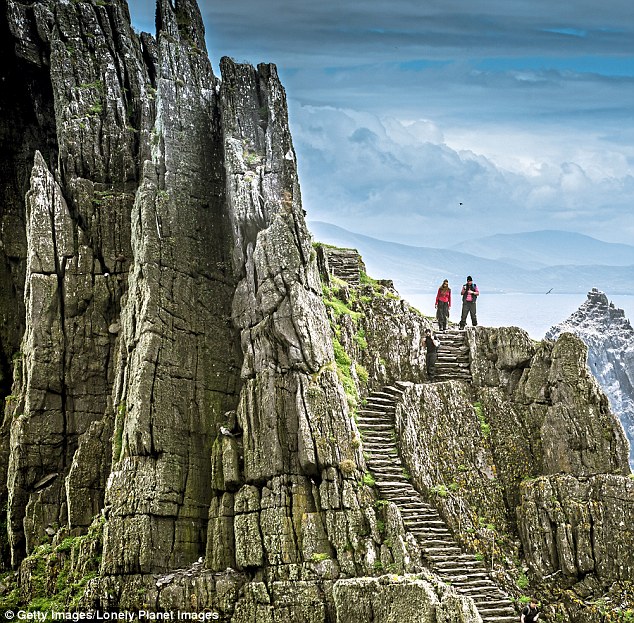 Ryanair (ryanair.com) flies from Stansted and Luton to Kerry from £28 return. For more on Kerry, visit gokerry.ie.