Brain scans of Americans after a night of legally drinking alcohol on their 21st birthday reveal the dangers on binge drinking.

Scans of college students’ brains days after celebrating the right of passage showed the largest white matter structure, which is responsible for communication between the left and right cerebral hemispheres, had shrunk.

Scientists conducted scans on several of the participants five weeks after and saw no signs that this region, also known as the corpus callosum, was on a path to recovery.

‘Results from this study suggest that a single extreme drinking episode is enough to alter the brain morphometry of emerging adults a couple days after the drinking episode,’ the researchers wrote in the study published in the journal Alcohol Clinical Experimental Research.

Many Americans countdown the days until they are legally able to consume alcohol, but because of the excitement surrounding the day, most end up going overboard with booze.

A separate study in 2008 found 34 percent of men and 24 percent of women reported consuming 21 drinks or more on the special day.

Now, researchers at the University of Missouri have looked deeper into the issue and found one night of binge drinking truly impacts the brain.

The team recruited 52 students for the study, all of which had MRI scans taken 11 days before their 21st birthday, another about four days after and some participated in a third scan five weeks later. 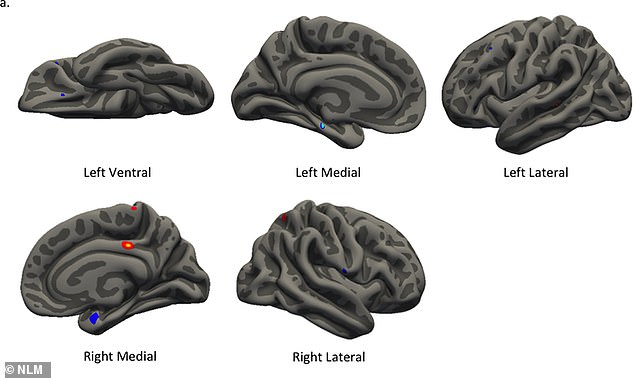 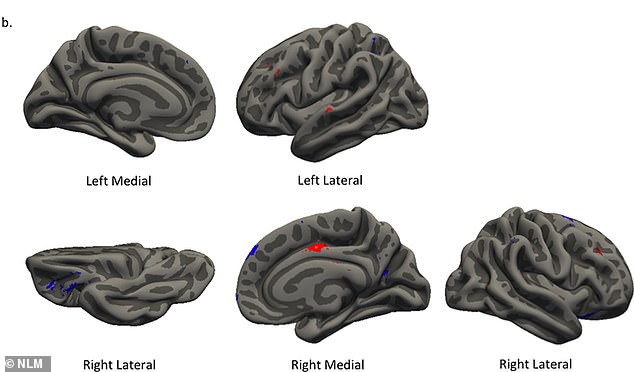 Scans of college students’ brains days after (pictured) celebrating the right of passage showed the largest white matter structure, which is responsible for communication between the left and right cerebral hemispheres, had shrunk

Researchers used drink-by-drink reconstruction to estimate the participants’ peak blood-alcohol concentration (BAC) during the celebrations and identify who had experienced an alcohol-induced blackout.

One each of their birthdays, the students were reported to have, on average, a BAC of 0.23 – three times over the legal driving limit.

The MRI scans of 29 participants five weeks later did not reveal further structural atrophy or recovery in the corpus callosum. 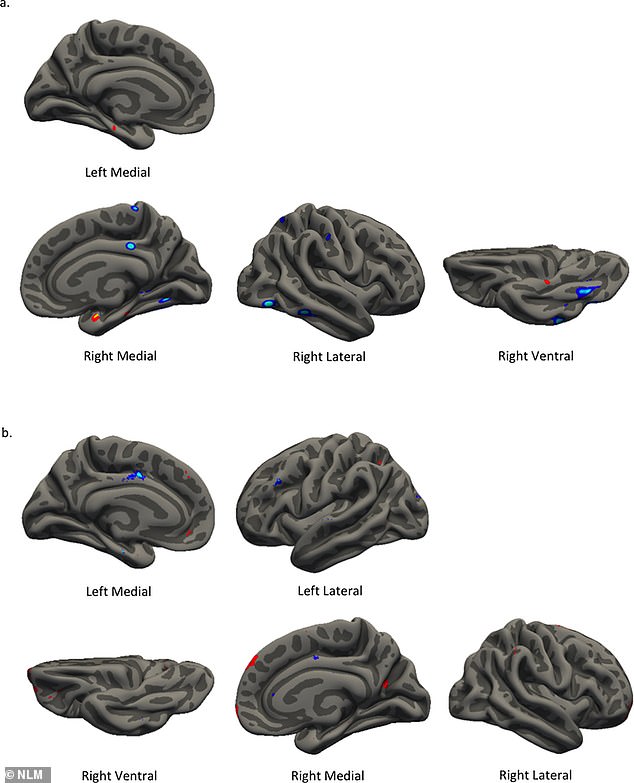 Scientists conducted scans on several of the participants five weeks after and saw no signs that this region, also known as the corpus callosum, was on a path to recovery

However, researchers note this could be due to the lower number of participants.

The team also notes that their study did not detect alcohol-related damage to other brain regions that are considered vulnerable, including the hippocampus, which has a major role in learning and memory.

Binge drinking is defined as a person’s blood alcohol concentration (BAC) clocking in as 0.8 or more.

Binge drinking is most common among adults aged 18-34, but more than half of the total binge drinks are consumed by those aged 35 and older.

‘We found evidence that a single extreme drinking episode was associated with structural changes immediately post-birthday celebration,’ the authors wrote in the study.

Binge drinking, however, has risen in the U.S. over the past few years, federal health officials said in 2020.

The average number of alcoholic beverages had by binge drinkers during benders rose from 472 in 2011 to 529 in 2017, according to a new report from the Centers for Disease Control and Prevention (CDC).

For the report, the CDC looked at self-reported data from binge drinkers from the agency’s Behavioral Risk Factor Surveillance System between 2011 and 2017.

The report found that the biggest spike in drinks consumed during one sitting occurred among adults between ages 35 and 44.

Binge drinkers consumed an average of 593 drinks in 2017 during binging episodes – a more than 25 percent increase in 2011.