Confidence had been growing among Team USA fans through the group stage after the Americans improved upon a disappointing 1-1 draw with Wales to tie favorited England, 0-0, and beat Iran, 1-0, and qualify for Saturday’s game.

Unfortunately, Team USA failed to convert on a series of chances, while Memphis Depay and Daley Blind gave the Dutch an insurmountable two-goal edge. Haji Wright would ultimately cut Holland’s lead in half in the 76th minute, but Denzel Dumfries put the Dutch back up 3-1 in the 81st. 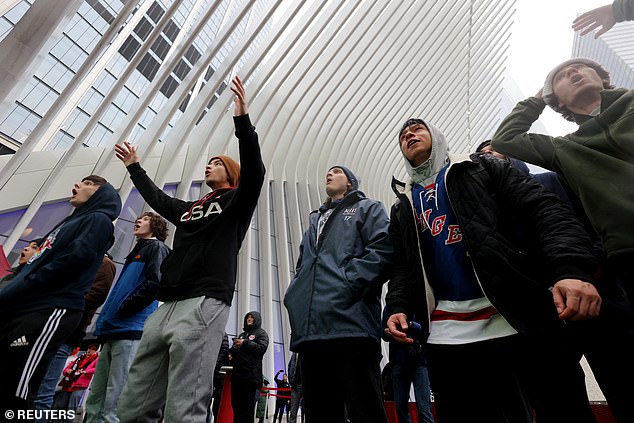 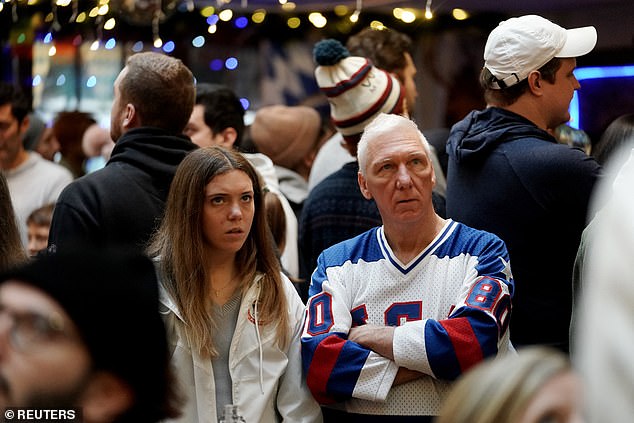 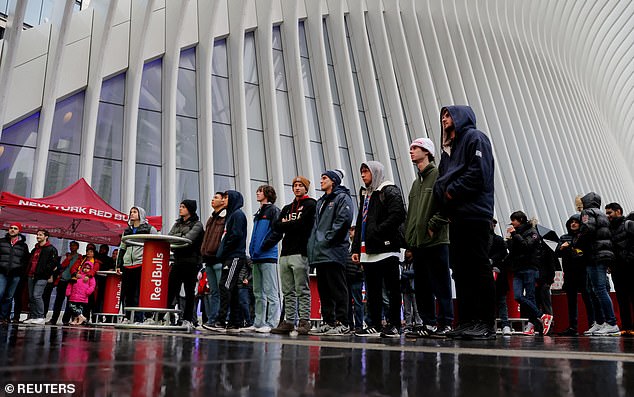 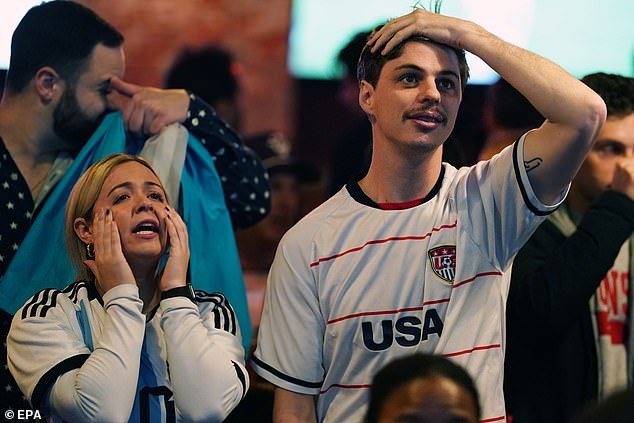 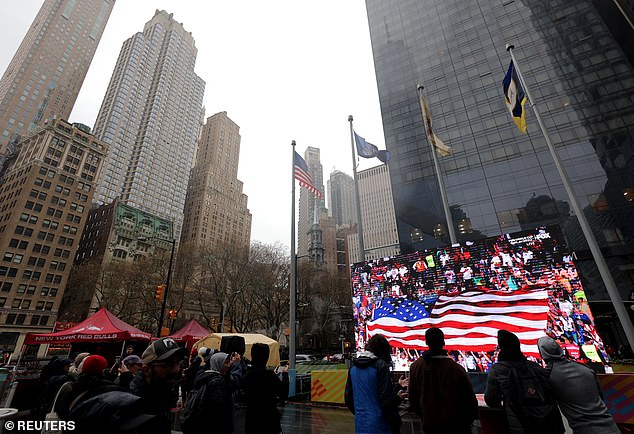 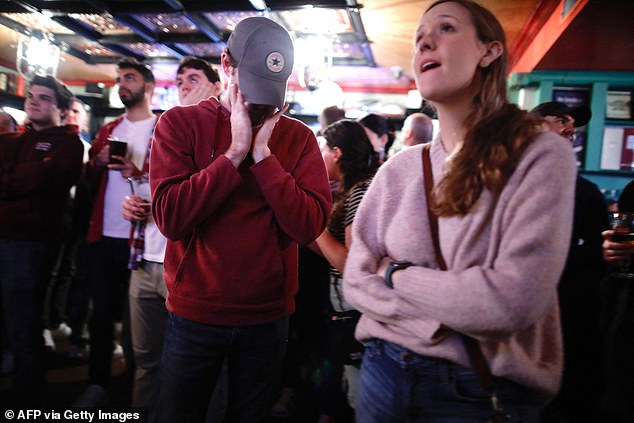 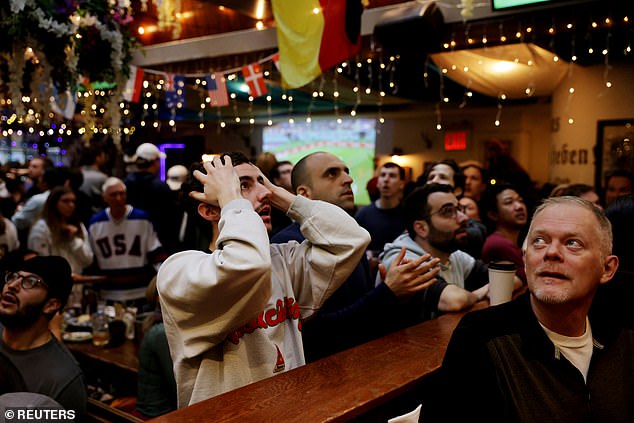 Saturday’s game marked the first time Team USA trailed all tournament, which led to a much different atmosphere at the bars and outdoor viewing events that dotted the United States since November 21.

Many American soccer fans had grown accustomed to gathering around televisions at odd hours to catch the action from Qatar – something they didn’t do in 2018, when the US failed to qualify for the World Cup, or 2014, when the tournament was played at more convenient times in Brazil.

Saturday was no different, as scores of supporters were seen lining up before sunrise. 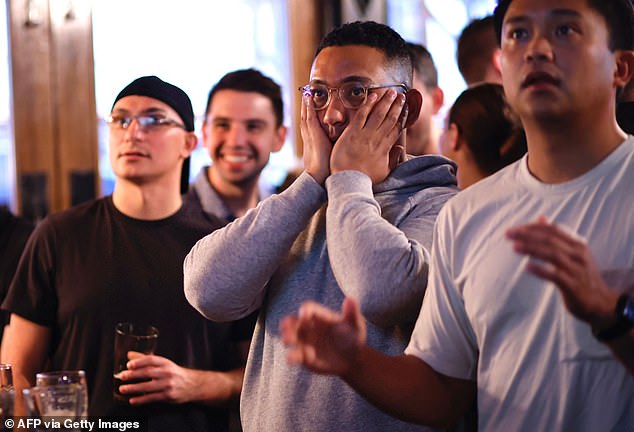 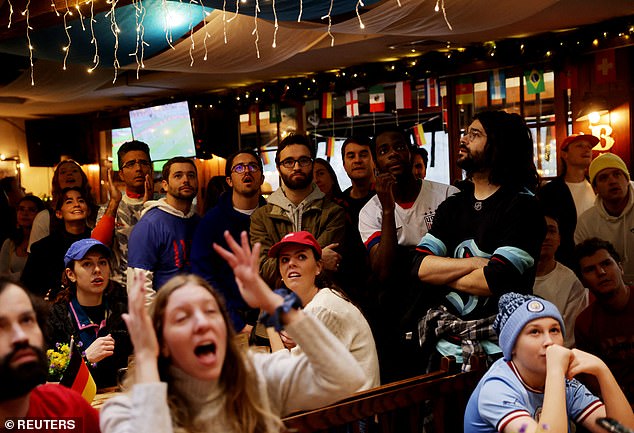 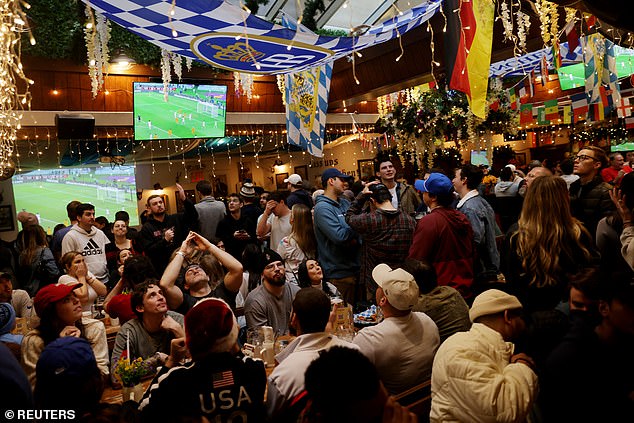 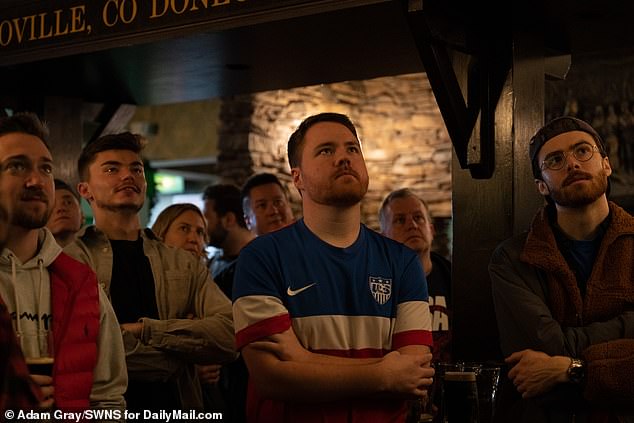 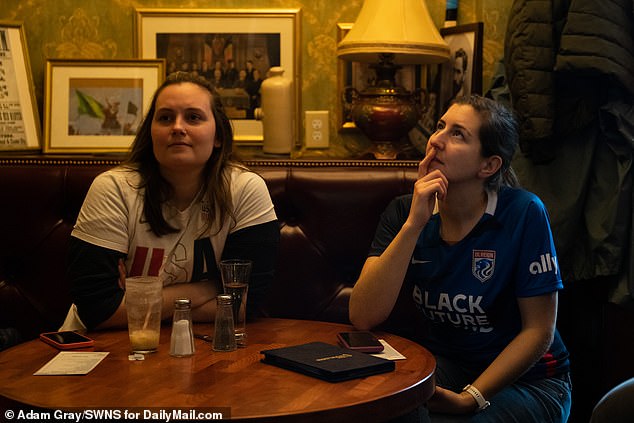 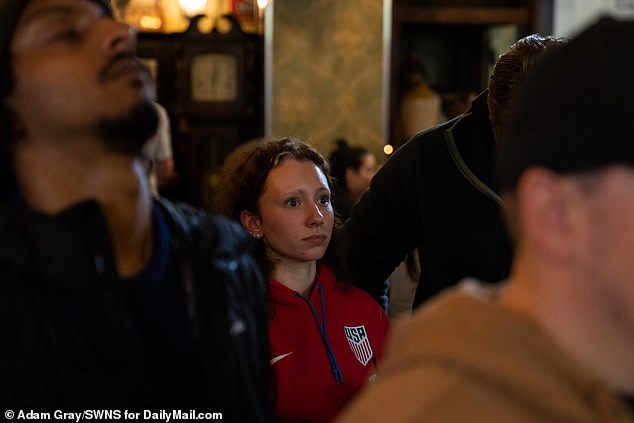 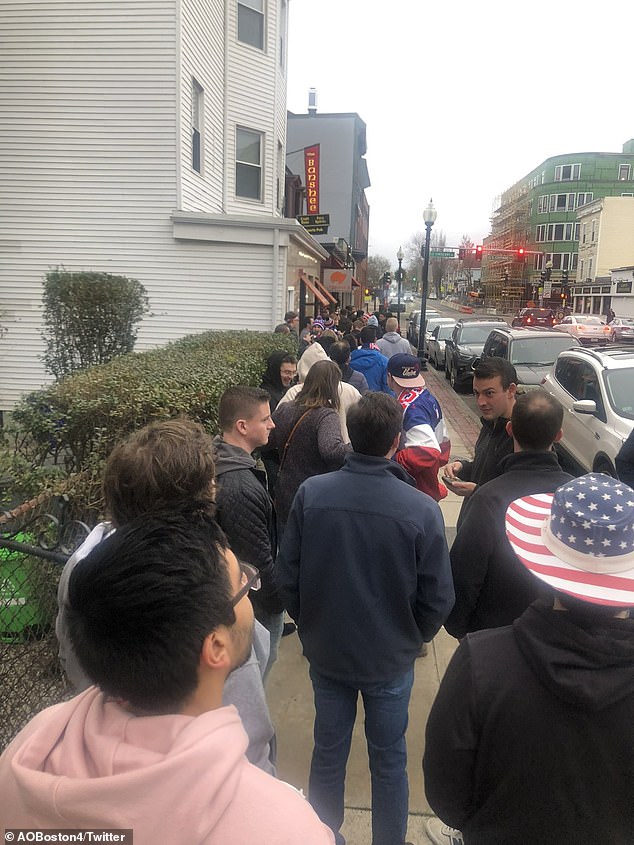 The Banshee, in Dorchester, Massachusetts had a lengthy line waiting to get in on Saturday

In Kansas City, fans were seen packing into an outdoor viewing party in freezing temperatures.

At Brick Street Bar in Oxford, Ohio — home to the Miami University campus — hundreds of fans lined up around the block for another viewing party.

‘At 6 am we’re fueled entirely by The Red, White, and Blue,’ read a tweet from the bar.

Other fans were seen gathering everywhere from the Fairplay in the North Park area of San Diego, to Harbell’s in Springfield, Missouri, to the Banshee, in Dorchester, Massachusetts, not to mention an array of locations in Los Angeles and New York.

But the excitement couldn’t’ last, as Team USA once again failed to reach the quarterfinals. 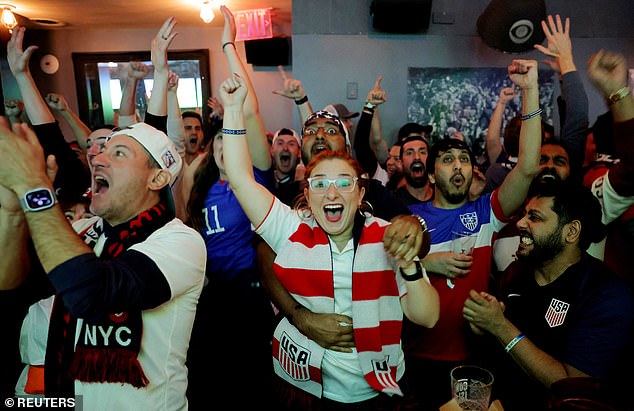 The US closed the gap with Haji Wright’s goal in the 76th minute, but it didn’t last

Runners-up in 1974, 1978 and 2010, the Oranje extended their unbeaten streak to 19 games and face Argentina or Australia on Friday.

It was a disappointing end for a rebuilt U.S. team hoping to advance past the round of 16 for the first time since 2002. Using the second-youngest squad in the tournament, the Americans achieved the bare minimum to consider the World Cup a success, beating Iran in their group-stage finale to reach the knockout round.

But just like in 2010 against Ghana and 2014 against Belgium, the United States was eliminated in the round of 16. The Americans are winless in 12 games against European opponents at the World Cup since 2002, losing six, and are 1-7 during the tournament’s knockout rounds.

Pulisic, playing four days after getting hurt during his game-winning goal against Iran, had a chance to put the United States ahead in the third minute but Noppert, playing in only his fourth international match, blocked his point-blank shot. With the Americans seeking an equalizing goal, Noppert dived to stop Tim Weah’s 25-yard effort in the 42nd.

The crowd of 44,846 was well back from the field at renovated Khalifa International Stadium, which has an athletics track and was more subdued than the raucous spectators for the match against Iran. 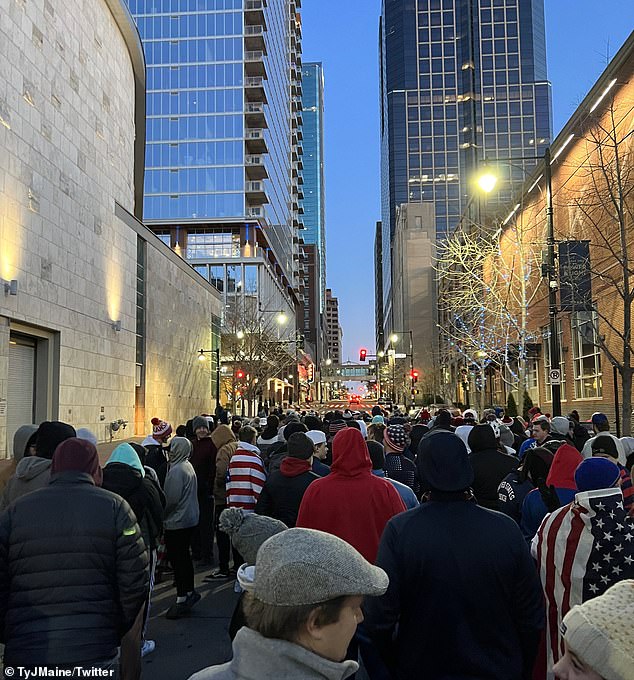 While the United States had the better play at the start, the Dutch went ahead after breaking the American press. Dumfries one-timed a pass from the right flank as Depay streaked unmarked into the penalty area. His right-footed shot from 14 yards beat Matt Turner to the far post in the 10th minute for his 43rd international goal, moving him into sole possession of second place on the Dutch career scoring list behind Robin van Persie’s 50.

The goal was the first allowed by the United States from the run of play in the tournament. In 37 World Cup matches, the Americans have never won a game in which they trailed.

The Netherlands doubled the lead on virtually the final kick of the first half, in the first minute of stoppage time. After a quick series of exchanges following a throw-in, Dumfries got a cross around Tyler Adams and found Blind wide open at the penalty spot. Blind scored only his third international goal — his first in eight years. Gio Reyna fed an open Weston McKennie in the 54th, but he skied his shot over the crossbar.

Wright entered in the 67th and scored his second international goal, sparking U.S. hopes. But Dumfries was left unmarked by Tim Ream and Antonee Robinson and used his left foot to volley Blind’s cross.