A talented young football star has opened his eyes for the first time in two weeks after an alleged unprovoked attack left him in a coma and fighting for life.

British expat Danny Hodgson, 26, was allegedly bashed near Perth Train Station while on his way home from an end of season game on September 4.

A 15-year-old boy will face court on Wednesday over the alleged attack which left Hodgson in a critical condition after suffering a brain haemorrhage and head fractures.

He remained in an induced coma on his birthday on Sunday but has opened his eyes in recent days, according to his parents who have made the mercy dash from the other side of the world to be with him.

Nicola and Peter Hodgson warned their son isn’t out of the woods just yet.

Danny Hodgson (pictured left with partner Jessica right), 26, has opened his eyes for the first time since being allegedly attacked earlier this month

‘While we are grateful to see some small improvement in Danny’s condition the future is uncertain and we must keep travelling this journey day by day, sometimes hour by hour,’ the couple told Daily Mail Australia in a statement on Wednesday.

‘Danny is experiencing breathing difficulties and an infection and blood clots remain a constant threat.

‘As a family with Danny’s girlfriend Jess it is very important we remain grounded and realistic about his condition and the future.

‘We are eternally grateful for the expert medical care and support from the team at the Royal Perth Hospital ICU.’

The family urged the Australian public to keep their son in their prayers.

‘He will need every ounce of strength and iron will to keep fighting over the next few days.’

Earlier on Wednesday, Ms Hodgson said her son was still in a bad way.

‘My boy has opened his eyes, but he has blood clots in his arms and on his lung, has pneumonia, at risk of aspirational pneumonia and potentially having to have a tracheotomy to breathe hasn’t spoke because he can’t will need intensive speech therapy and god knows what else,’ she posted.

‘Please don’t forget Danny Hodgson is critical but stable no matter how you put it.’ 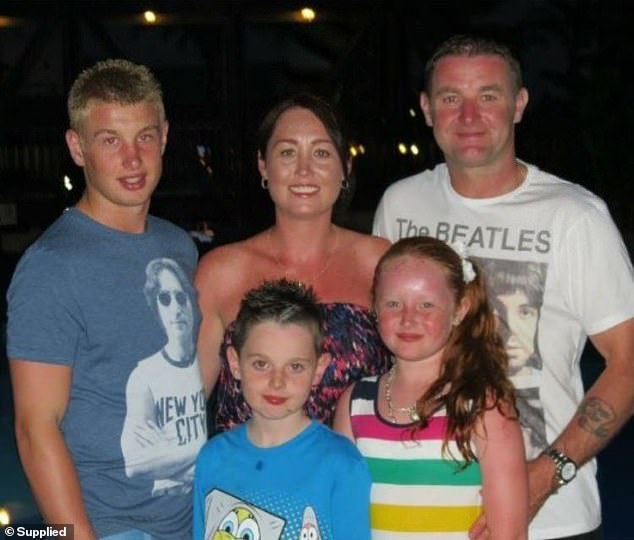 ‘The surgeons are pretty happy with his progress. He is responding to commands like squeezing hands and he is breathing on his own with some machine-assistance,’ he said.

‘His girlfriend Jess said they were open for about 20 minutes. It’s all progress.’

Ms Hodgson and her husband are in their final few days of hotel quarantine after arriving in Perth 12 days ago as their son’s partner Jess remains at his hospital bedside.

The couple marked their firstborn’s 26th birthday earlier this week by sharing new family photos and a heartwarming tribute of the first time he ran onto a football pitch.

‘The fierce love we have for Danny began the moment he entered the world – two weeks premature and weighing a tiny 2.3 kilos,’ they wrote.

‘As soon as he could walk, he was kicking a football.’

‘Danny was only five when we took him to his first training session with the local Under 8s team.

‘He didn’t know anyone and stood nervously on the sidelines, not wanting to join in despite encouragement from the coach.

‘Eventually, with only minutes remaining, Danny ran on to the pitch. He got the ball, dribbled around three players, and smashed it straight into the corner of the goal, stunning onlookers. It wasn’t long before the professional teams were coming to watch him.’ 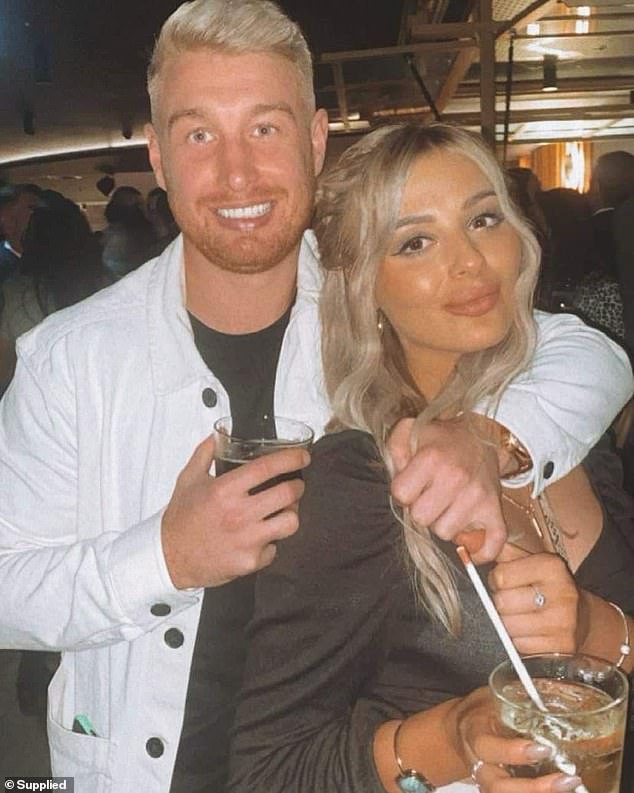 He was hailed as a wonderful son and brother, devoted boyfriend and loyal friend to many.

‘He is hard working, kind-hearted, funny, and quite simply a lovely young man,’ his family wrote.

‘Danny, on your 26th birthday, our gift to you is our belief in your courage, your strength, and the healing power of love.

‘With the outpouring of love coming to you from Jess, family, friends, the football world, and the people of Western Australia, it won’t be long before you are back on the field.’

The couple also recalled a conversation they had with their son’s partner on the eve of his birthday.

‘Danny is my complete world, I’ve been lost without him these two weeks even though I’ve been constantly by his bedside,’ Jess told them.

‘But it is not the same as waking up every morning to the smiling, positive, happy soul I’m lucky to have every day. Danny is my inspiration, and he never fails to amaze me.

‘He is my soul mate and best friend. With hope, love and keeping positive, this will all be a bad dream soon and we can get on with making many more happy memories together.’ 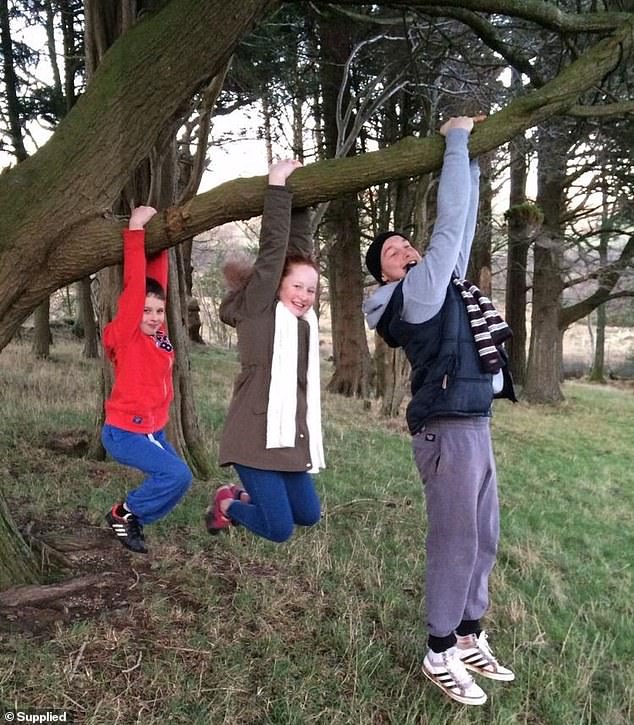 ‘Hi Danny I just heard about your story, I hope you get well soon,’ Ronaldo says in the footage.

‘I invite you to come to one of our games in Manchester.’

He added ‘get well soon my friend — take care’, while winking and holding up a fist.

Hdogson’s childhood friend Henderson added: ‘Danny I just wish you all the best mate — stay strong, stay in there, you’ll get through this I promise.

‘Can’t wait to get you over to a game and meet the boys — I’ve told them all about you. We’re all in your corner as a club and as a team. 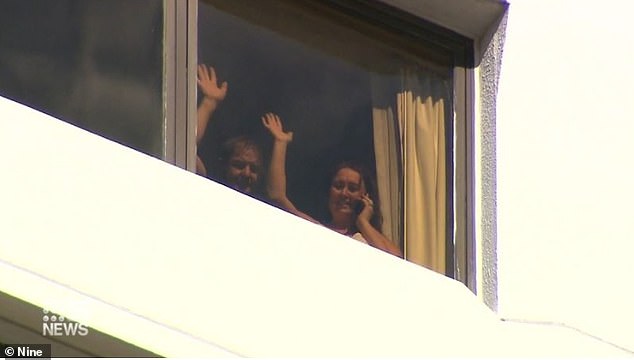 Hodgson’s parents were granted compassionate clearance to visit their son for 30 minutes in Royal Perth Hospital hours after they arrived in Australia.

Dressed in full PPE, they were unable to touch him and had to remain 1.5 metres away due to strict Covid-19 restrictions.

‘Not climbing into bed with Danny to cuddle him was the hardest thing I have ever had to do,’ Ms Hodgson said at the the time.

The football community worldwide continues to rally around Hodgson.

Back home in England, his name was shouted out by the crowd at Old Trafford during Manchester United’s 4-1 win against Newcastle in the English Premier League a week ago.

The Hodgsons have been overwhelmed by the many messages of support and offers of assistance after issuing a desperate plea for help after originally struggling to find a flight to Australia. 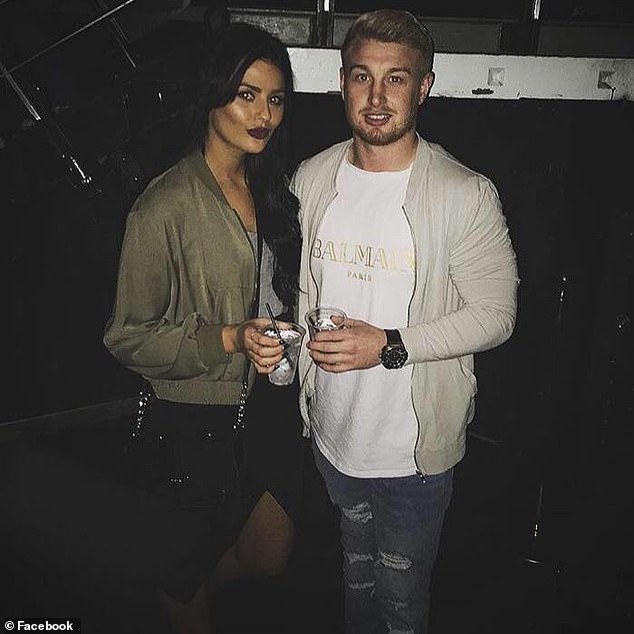 Danny Hodgson (pictured, right, with partner Jessica) is in an induced coma after the brutal bashingh

Hodgson, a star striker for for ECU Joondalup Football Club, has been in the coma since last Sunday after he was punched in the back of the head after heading home from a team function.

He was rushed to Royal Perth Hospital with severe head injuries, and underwent emergency surgery for bleeding to the brain and a skull fracture.

Hodgson’s girlfriend Jessica, aunt and uncle are the only visitors permitted at his bedside in the meantime.

He has a long and challenging healing process ahead of him and could stay in an induced coma for weeks or even months.

Danny Hodgson (pictured with his partner Jessica) was knocked to the ground in an unprovoked attack. A teenager has since been charged 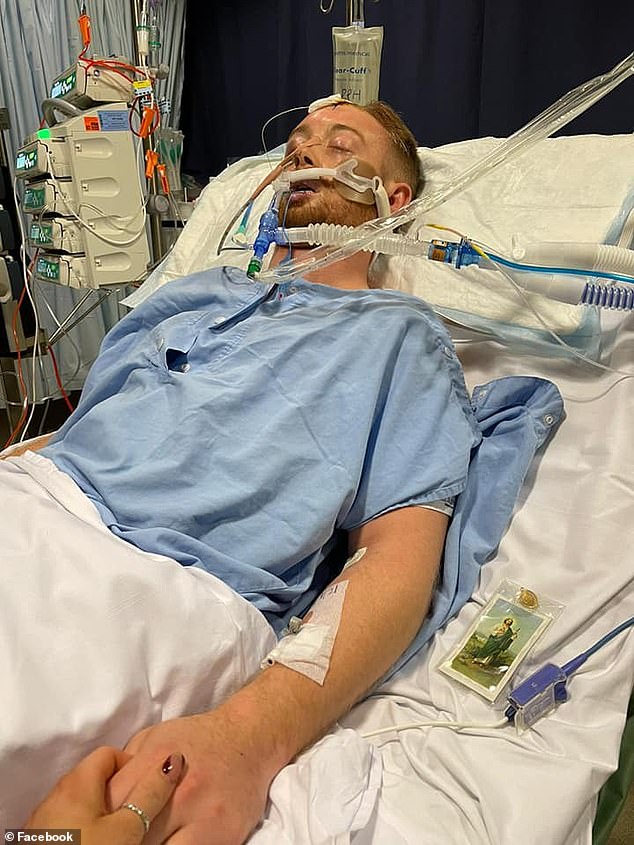 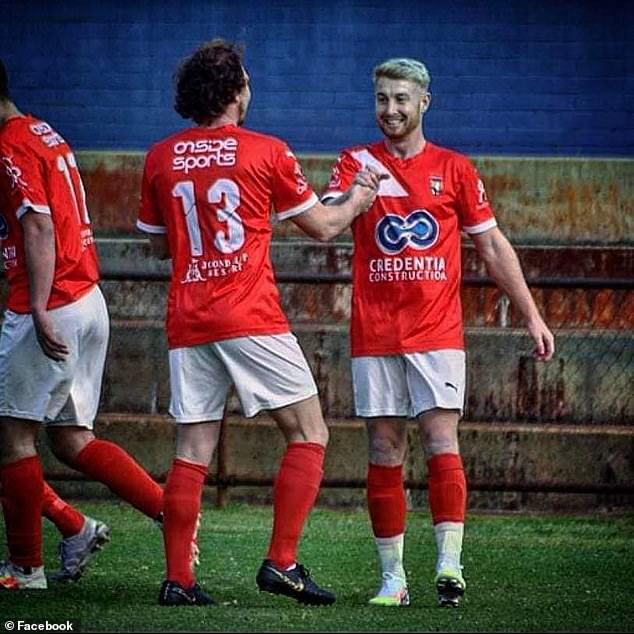 Almost $160,000 has already been raised towards his recovery, which included donations from Manchester United goalkeeper and personal friend, Dean Henderson, and retired England legend Alan Shearer.

‘The funds will go towards paying for his mortgage and other bills and to also allow his girlfriend to not worry about work during this time, Danny will need all the support he can,’ friend Steve Burton wrote a GoFundMe page.

The personal trainer, originally from Cumbria in England’s north-west, has since suffered severe brain haemorrhaging, which required more surgery, and remains in an induced coma.

Mr Hodgson is a talented striker who represented Great Britain at international level before moving to Australia at age 18 to progress his football career.

‘Danny is full of life and has a heart of gold, he is the most kind, gentle and positive person I know who has a passion for life and football,’ his mum wrote in a Facebook post. 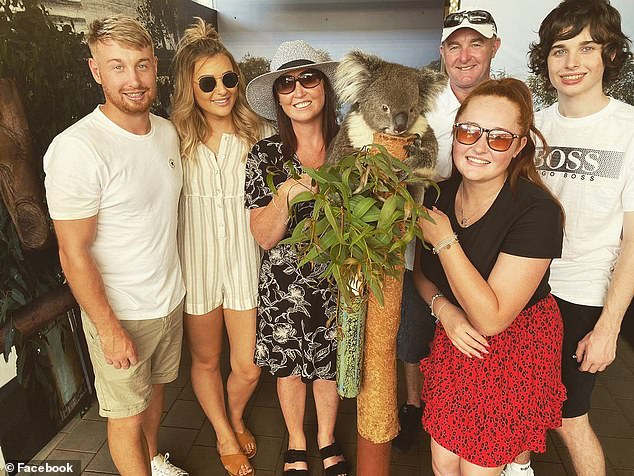 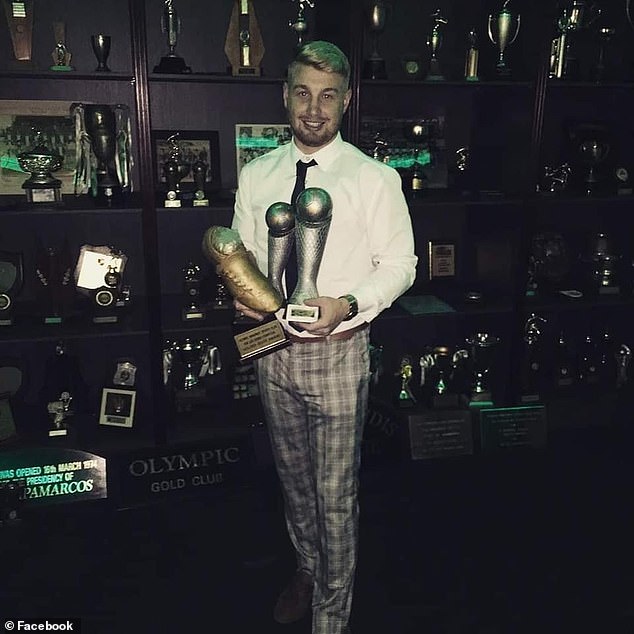