Socceroos fans have once again descended upon Federation Square once again to bear witness to one of the biggest matches in Australian football history at the World Cup.

Graham Arnold’s side were widely written off before a ball was even kicked in Qatar, with a group containing France, Denmark and Tunisia regarded as too strong for his plucky underdogs.

But inspiring wins over the African side and the Danes has seen the Socceroos do the impossible and advance to the last-16, where they meet Argentina in Al Rayyan. 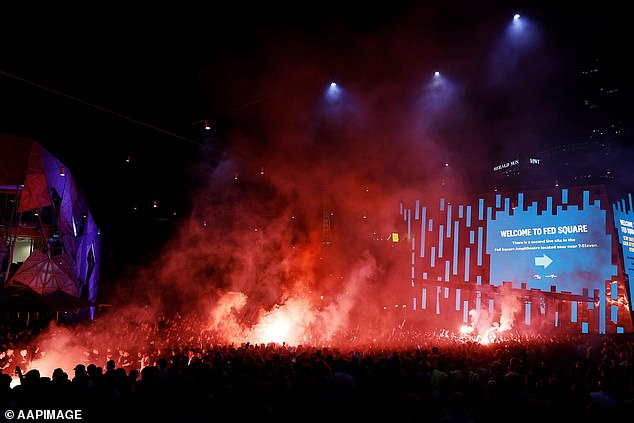 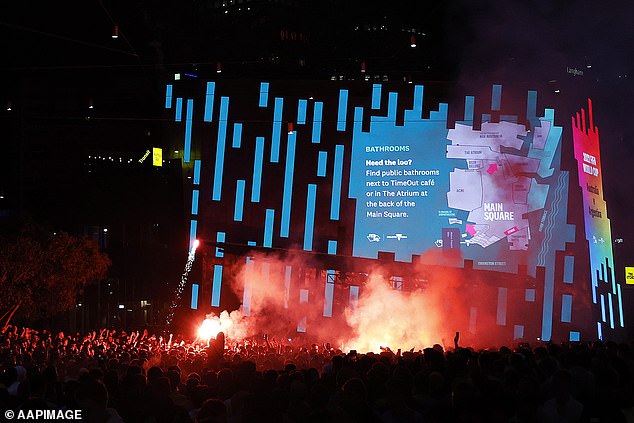 And thousands of supporters returned to the scene of absolute bedlam on Sunday morning, hoping for a similarly jubilant atmosphere to that which they lapped up on Thursday.

An hour before kick off, Federation Square’s live feed showed fans piled together and flares were already being lit in anticipation of the big game.

Victorian Premier Dan Andrews said on Saturday that, given the demand for fans to get a spot in front of the big screen at Federation Square, Aami Park would also open its doors for the big game, allowing fans to watch inside the stadium.

And half an hour before the game, the Square’s official Twitter account confirmed that they had reached full capacity and advised fans to head over to the other venue.

‘ALERT: Fed Square has reached capacity. If you are heading to Fed Square, please make your way to Aami Park’.

Ahead of kick off, Australian Prime Minister Anthony Albanese also threw his support behind the team. ‘Up the @Socceroos – the whole country is behind you’ he posted on Twitter.