The Socceroos will be under extreme pressure ahead of their do-or-die World Cup qualifier against UAE tonight, but they won’t be able to blame a poor performance on the Middle Eastern heat.

The Aussies will line up against the Al-Abyad in an elimination qualifier at Ahmad Bin Ali Stadium in Qatar overnight at 4AM AEST.

But while the temperature might still nudge 30 degrees at night time in the Qatar desert, the Socceroos will be playing their qualifier in a revolutionary air-conditioned stadium.

The technology used at Ahmad Bin Ali Stadium could take the sting out the UAE side, who might have been relying on the heat of the Middle East to sap the strength from the Socceroos players.

A unique cooling system, with large air-conditioning vents along the pitch, has taken away the stifling heat and created perfect temperatures for football.

It’s a bonus for fans too, with smaller vents located underneath seats throughout the venue.

For youngster Denis Genreau, who came on as a substitute in the air-conditioned Al-Janoud Stadium against Jordan in a friendly last week, it’s an unreal experience.

‘On the field, it felt great because you’re not hot at all,’ Genreau told AAP.

‘I know a few of the boys that were in the stands were genuinely cold in the grandstands and they should have brought jumpers and everything.

‘Playing is great in those stadiums. The pitch is perfect and it’s great weather, great temperature in the stadium.

‘The stadium is open at the top and it still manages to be colder inside. I don’t know how they do it.’ 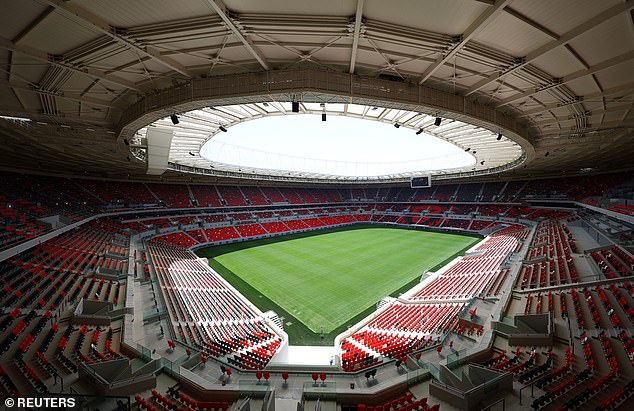 The equation for the Socceroos is simple, win and they progress to a final elimination playoff against Peru, lose and their World Cup dream is buried in the Qatar sand.

It comes after the Aussies could only muster one win from their last seven starts in qualifying and the job has become that much harder following the withdrawal of Celtic star Tom Rogic for personal reasons.

Arnold believes a settled build-up, in stark contrast to their disastrous camp in March before back-to-back defeats to Japan and Saudi Arabia, has his team in as good a state as possible for the must-win fixture.

Arnold also said fans could expect a dogfight in both qualifying matches and the Socceroos were ready to get gritty in order to guarantee victory.

‘I want to see and I will see the Aussie DNA,’ Arnold said.

‘That Aussie DNA is backs to the wall, run out, get on the pitch, chase, fight, harass and do everything that’s required to win this game.

‘At the end of the day, these games are about winning and if that is winning off set-pieces, and scoring off set- pieces, that’s what it’s about – I don’t care.

‘It’s all about making sure that we go out there and we give everything we’ve got.’

Arnold said playing 14 of 18 qualifying matches away from home because of Australia’s strict travel regulations at the height of the Covid-19 pandemic had helped the squad bond for what has become a familiar route to soccer’s marquee tournament. 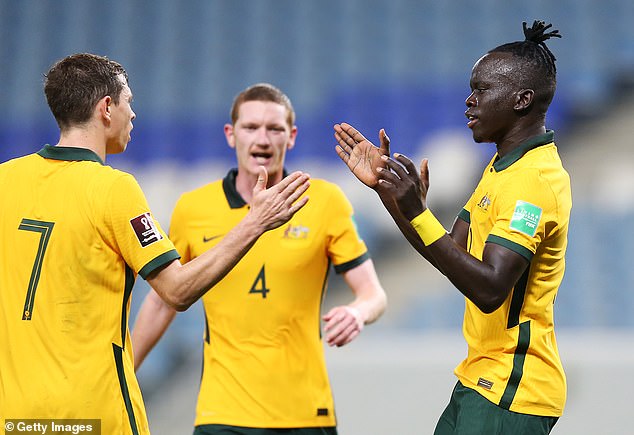 For the UAE team, being close to home is motivation.

The national football federation bought more than 5,000 tickets for fans making the short trip to Qatar for the playoff, all of which were quickly snapped up. They’re hoping to be back there in November when Qatar hosts the first World Cup in the Middle East.

Rodolfo Arraubarrena, who replaced Bert van Marwijk as UAE head coach in February, started well when he led the team to a victory over the already qualified South Korea to seal a third-place finish in its group.

But the Socceroos will be coming up against a UAE side brimming with confidence after beating South Korea to steal third-place in their pool.

‘Our confidence in ourselves is great,’ UAE captain Walid Abbas said.

‘We have players who have enough international experience to deal with any pressure.

‘But it is 90 minutes, in which the team most able in dealing with these pressures, and the most successful in exploiting opportunities, will win.’

Path to World Cup for Socceroos