Socceroos defender Milos Degenek has hit out at Australian media who didn’t back Graham Arnold’s squad during the World Cup campaign and broke down in tears as he described the incredibly close bond between him and his teammates.

Degenek, who was one of the Aussies tasked with marking Lionel Messi in the Socceroos’ 2-1 loss to Argentina on Sunday morning, gave fans a rare glimpse of his emotional side of himself after the game. 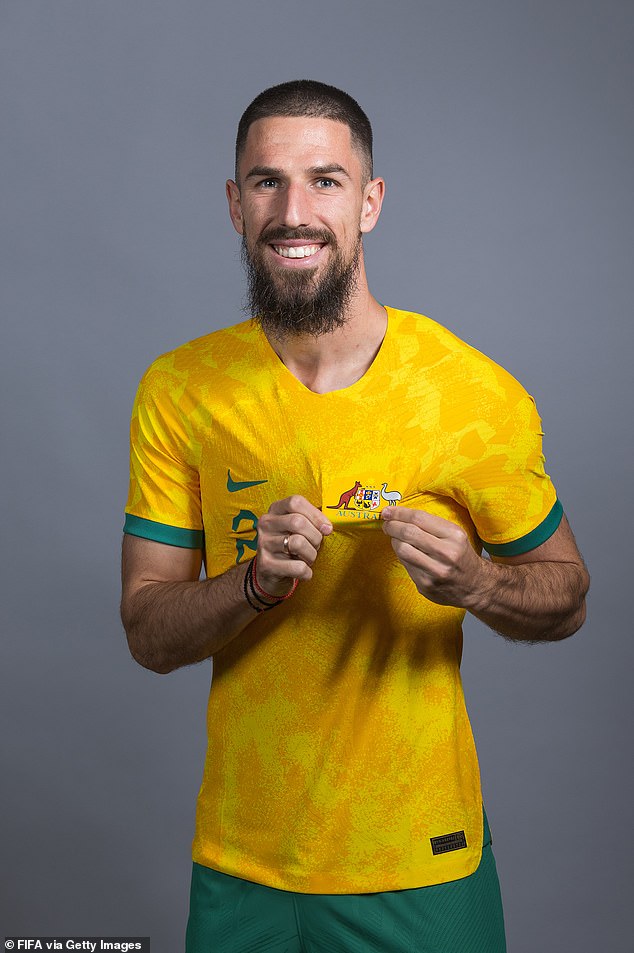 Degenek, who was one of the Aussies tasked with marking Lionel Messi in the Socceroos’ 2-1 loss to Argentina on Sunday morning, became very emotional after the game

‘It’s disappointing that we lost,’ said the heartbroken 28-year-old. ‘And … I don’t know how to say this, but I’d love it if you guys backed us, and no-one wrote a bad word about anyone … and just stood by the boys.’

Degenek had tears streaming down his face and had to pause briefly to compose himself.

‘It’s gonna stick with us forever,’ he said of the World Cup campaign.

‘I just hope we made the people proud. I hope it inspires the next generation of kids. Wish we won, made everyone more proud.’

Asked why he was so emotional, Degenek explained how much the sport means to him.

‘I love the game. It’s given me everything,’ he said, the tears restarting. 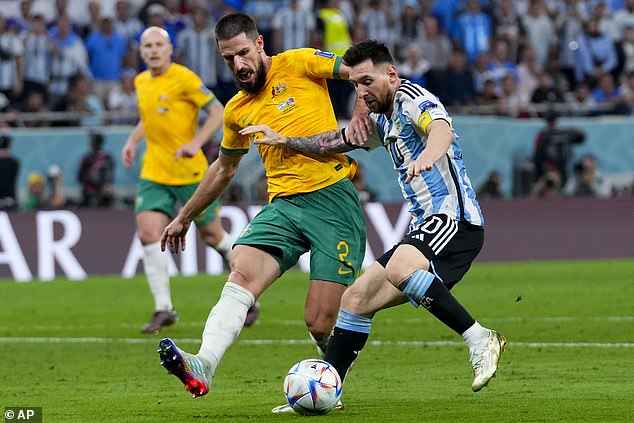 Degenek was just 18 months old when his family sought refuge in Serbia after fleeing Croatia during the war of independence.

When he was six, the Kosovo war arrived on his doorstep and his family fled to Australia with very few possessions.

Football gave Degenek a life he could never imagine and he believes the Socceroos squad is the best he has ever been involved with.

‘I’d love to stay with these boys for another two weeks. It’s a band of brothers. It’s more than friends.’ 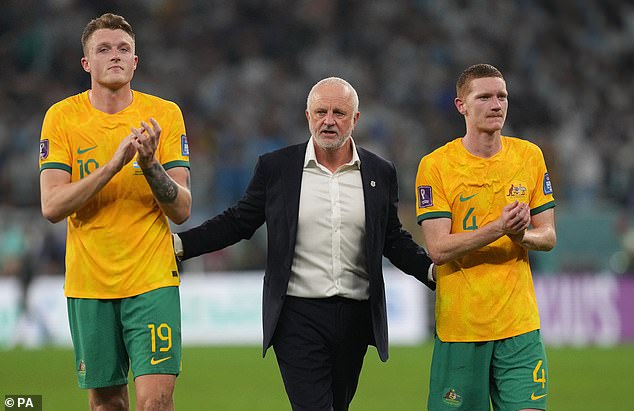 Football gave Degenek a life he could never imagine. And he believes the Socceroos squad is the best team he has ever been involved with (coach Graham Arnold is pictured with Harry Soutar and Kyle Rowles after the loss to Argentina)

Degenek, who represented Aussie and Serbian youth teams before sticking with the Socceroos, also spoke briefly about what it was like marking Messi – who is looking to win the only major title to elude him during his career.

‘It’s hard to keep the best player that’s ever played the game out of the game,’ he said. ‘We did everything we could.

‘If we equalised we could have knocked them out. It’s a testament that we came this far. I hope they win it, so we can say we got knocked out by the winners.’