Socceroos star’s family walk out of court rather than hear apology from drunk, drugged driver who ran over and killed their 19-year-old relative in high-speed crash

A Socceroos star’s grieving family walked out of court as a street-racing driver who was drunk, drugged and disqualified apologised for killing the athlete’s sister in a high-speed crash.

Akol Akol told Adelaide’s District Court he wished he could ‘reach back in time and confront myself’ ahead of the fatal crash on Australia Day this year.

The crash killed his girlfriend Bor Mabil, the 19-year-old sister of Socceroos player Awer Mabil, who was not wearing a seat belt and suffered a traumatic head injury.

A Socceroos star’s grieving family walked out of court as a street-racing driver who was drunk, drugged and disqualified apologised for killing the athlete’s sister in a high-speed crash. Bor Mabil (pictured) was killed on Australia Day when her boyfriend Akol Akol drove under the influence of alcohol and drugs

But before he got to his feet on Wednesday, the family and supporters of the dead woman left the court, unwilling to hear what he had to say.

Akol, who was 19 at the time, said he took full responsibility for crashing the Audi and was ready to accept his punishment.

He said he could not apologise enough for the ‘devastating’ outcome and the effect on those dear to Ms Mabil.

‘Nothing I say today can ever make up for my actions or the grief that her family are forced to endure for the rest of their lives,’ he said. ‘I do not deserve forgiveness.’

He acknowledged that he had made the decision to drive, was speeding and had overestimated his abilities behind the wheel when he caused the fatality at Andrews Farm, in Adelaide’s north, on January 26.

In sentencing submissions, prosecutor Leah O’Donnell described Akol’s offending as at the upper end of the scale and called for a substantial jail sentence. 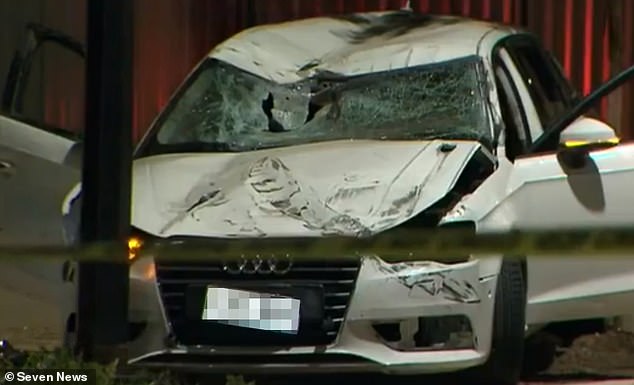 Akol Akol acknowledged that he had made the decision to drive, was speeding and had overestimated his abilities behind the wheel when he caused the fatality at Andrews Farm, in Adelaide’s north, on January 26 (pictured is the wreckage of the Audi) 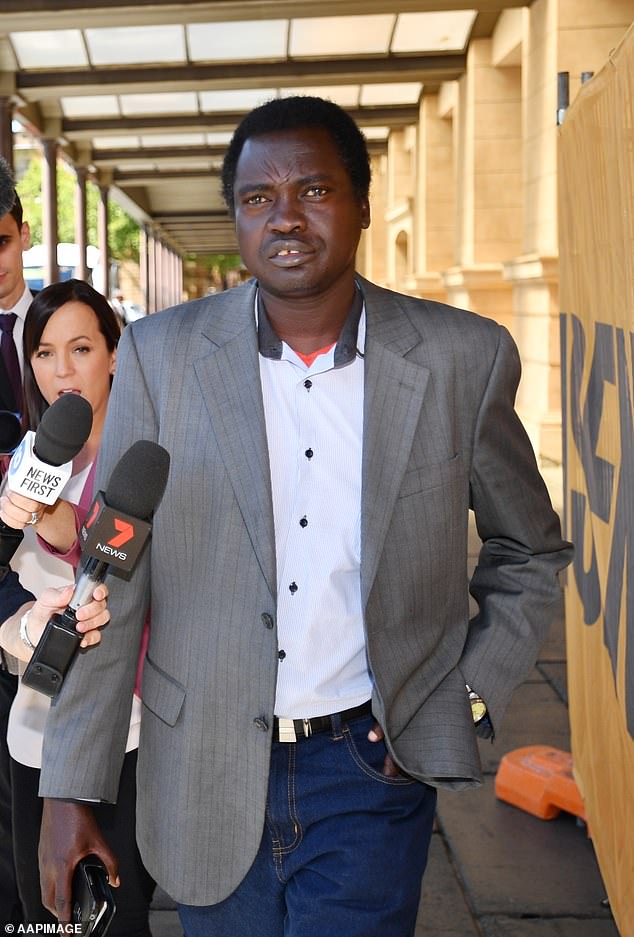 She revealed he had been fined and had his licence disqualified just months before over another crash caused when he was also drunk and driving on the wrong side of the road.

Ms O’Donnell said Akol had a blood-alcohol level of 0.22 and a small amount of MDMA in his system at the time of the January crash which came as he was racing to get to a party.

When he lost control, the car he was driving flipped onto its side and slid for another 50 metres, hitting a fence, a tree and a light post.

Ms Mabil died at the scene. 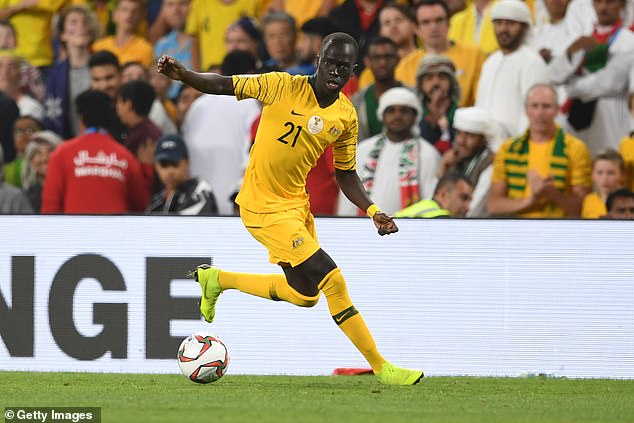 ‘He chose to engage in that street race.’

In her victim impact statement, Ms Mabil’s mother attributed her daughter’s death in part to ‘witchcraft’.

‘Only God knows what happened, my daughter is dead,’ she said.

‘Every day since my child died, I cannot spend 30 minutes without thinking or crying about her.’

Akol pleaded guilty to one aggravated count of causing death by dangerous driving.

He will be sentenced in February with defence counsel Jason Evitts calling on Judge Paul Slattery to show him some mercy considering he was only 19 at the time of the crash.

But he conceded Akol’s driving was dangerous and had ‘no place on our roads’.

‘The fact remains that he has taken a life of a friend….and that will leave a haunting memory with him for the rest of his life,’ Mr Evitts said.