The social media app Parler is the top free download on both Apple and Google’s app stores.

The site, which brands itself as an alternative to Facebook Twitter, is popular with right-wing extremists and Trump supporters because it bills itself as a ‘free speech’ zone without the levels of content moderation found on larger networks.

Parler saw a huge surge in downloads last week after the election of Joe Biden as US president.

The increase led to technical issues over the weekend, with developers warning users may experience slowness or other issues.

‘We expected a million or so people today… but 2? You guys are crazy,’ he posted.

Matze also indicated the number of daily users had quadrupled in the past 24 hours, leading to some technical issues.

‘Don’t worry, the app isn’t normally this slow,’ he wrote. ‘Given a little time these issues will be ironed out and we will be ready for the next 4x growth.’ 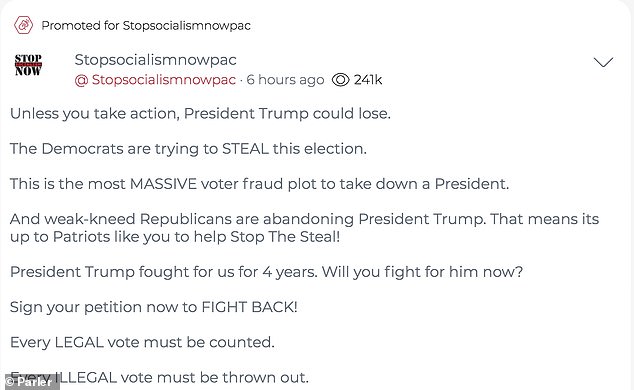 Because Parler doesn’t label or moderate posts, claims that Democrats stole the US presidency have proliferated since Saturday, when media outlets called Joe Biden the winner

To join Parler, users must provide an email address and telephone number and receive a text with a code to finish registration.

The platform’s popularity first surged in 2018 after Candace Owens declared herself to be ‘the first conservative’ to join ‘the new Twitter.’

Last month, Trump spokesperson Katrina Pierson announced she was joining Parler because ‘My tweets magically fall into the abyss – quite often.’ 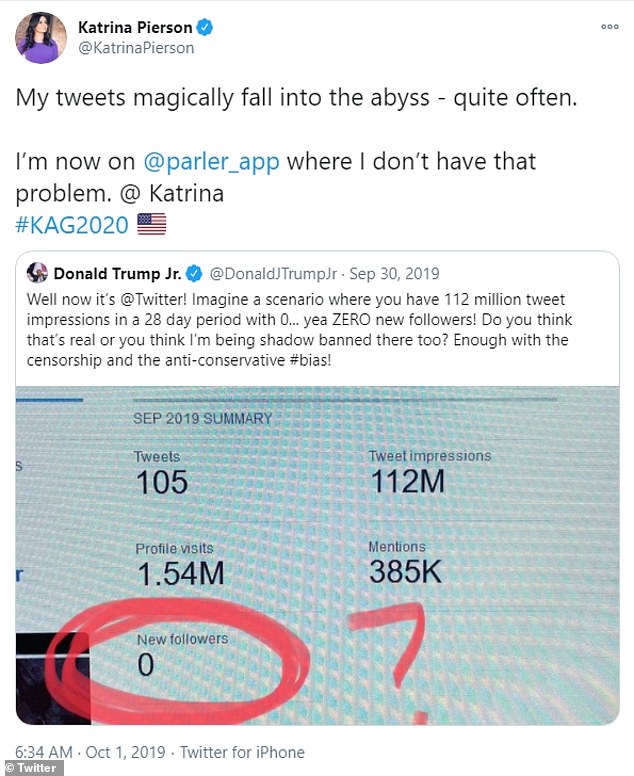 Trump spokesperson Katrina Pierson announced in October she was joining Parler because, ‘My tweets magically fall into the abyss – quite often’

‘I don’t think it’s possible for Twitter to say with a 100 percent fact that there’s not one mistake in the election and that there is not one fraudulent vote so fact checking the president on all of this is pretty ludicrous,’ he told Fox and Friends. ‘People should be able to listen and judge for themselves.’

The site does attempt to identify certain accounts – verified influencers and notable figures are given gold badges, authenticated regular accounts have red badges, and ‘parody’ have purple jester hats.

Matze bills Parler as ‘a community town square, an open town square, with no censorship,’ though users can block other members or chosen keywords or terms

And users can mute or block other members or any posts that include any word or term they provide.

But the lack of moderation has attracted Qanon conspiracy theories, hate speech and even calls for violence.

Marshall, Michigan, police chief Lang Holland resigned after a Parler post surfaced in which he called for ‘death to all Marxist Democrats.’ 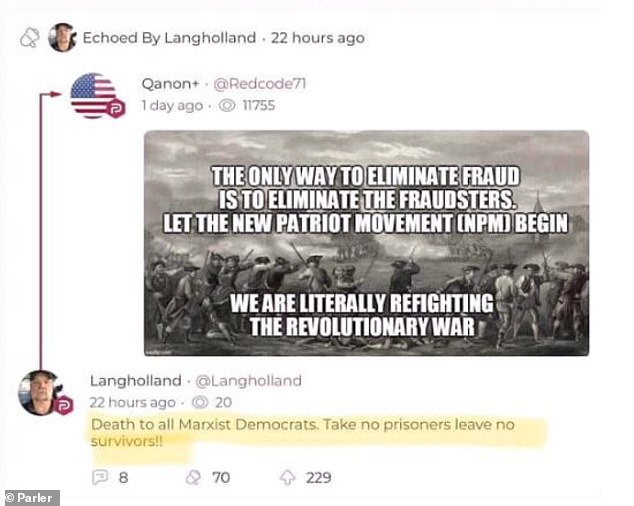 ‘When you see one in public get in their face do not give them peace,’ Holland wrote in another post. ‘Throw water on them at restaurants. Push them off sidewalks. Never let them forget they are traitors and have no right to live in this Republic after what they have done.’

In community guidelines updated on Saturday, Parler said it preferred that ‘removing community members or member-provided content be kept to the absolute minimum.’

‘We prefer to leave decisions about what is seen and who is heard to each individual,’ it said. 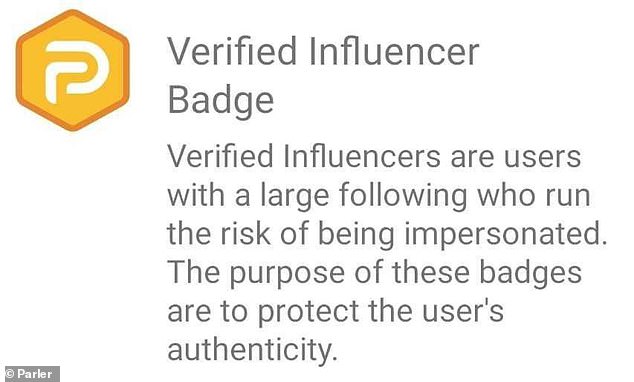 It indicated it would not allow the app to be used for ‘crime, civil torts, or other unlawful acts’ and would remove content ‘that a reasonable and objective observer would believe constitutes or evidences such activity.’

Copyright violations, child pornography and content posted by or on behalf of terrorist organizations would also be removed, as would spambots.

‘In no case will Parler decide what content will be removed or filtered, or whose account will be removed, on the basis of the opinion expressed within the content at issue,’ according to its guidelines. ‘Parler’s policies are, to use a well-known concept in First Amendment law, viewpoint-neutral. We do not curate your feed; we do not pretend to be qualified to do so. We believe only you are qualified to curate your feed, and so we give you the tools you need to do it yourself.’

Cases are referred to a ‘community jury,’ though it’s not clear who comprises that panel.