Social media users have slammed Ivanka Trump for using a private email for government business and then claiming she didn’t know that it was against federal rules.

Crowds at President Trump’s campaign rallies have chanted ‘lock her up’ when he has referenced her use of a private email server to conduct government business while she was Secretary of State.

The irony was not lost on people who took to Twitter in droves and mocked Ivanka and the president while also calling for the First Daughter to be ‘locked up.’

Trump also repeatedly called Clinton ‘Crooked Hillary,’ a term that is now being attributed to Ivanka.

‘#Ivanka sent hundreds of emails re gov’nt business on her personal server! We’re scandalized! All I can do is repeat what her father said when Hillary did something not unlike what his First Daughter did!! LOCK HER UP! LOCK HER UP!!! LOCK HER UP!! How do you like it now, putz?,’ wrote actress Bette Midler. 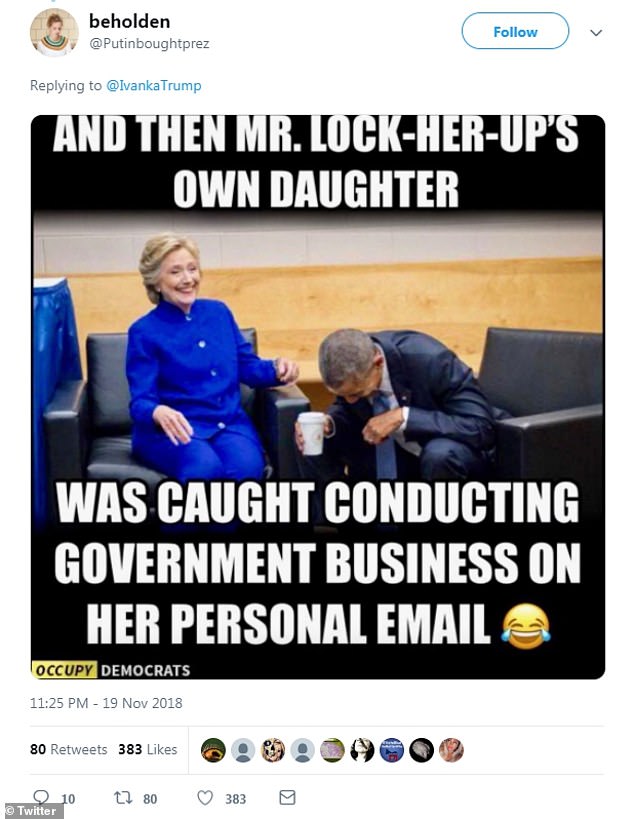 This meme, which has been used to poke fun of the president’s various attacks on Hillary Clinton, and his predecessor Barack Obama was again used for Ivanka’s email scandal 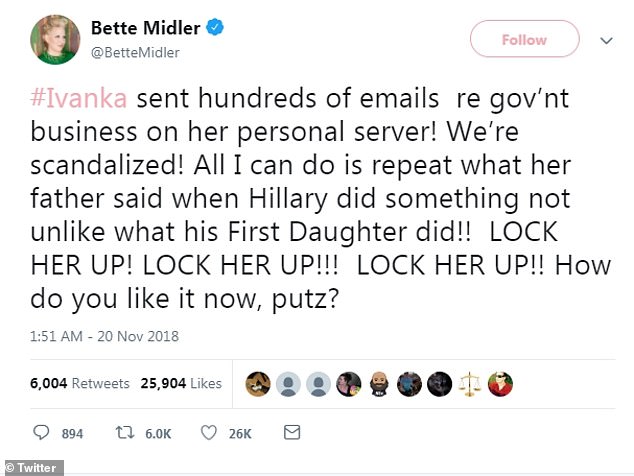 In Ivanka’s emails, according to the New York Times who spoke with someone familiar with their content, the First Daughter had exchanges with cabinet secretaries, as well as forwards of schedules to her assistant for much of 2017.

Meanwhile Clinton was investigated and cleared by the FBI twice over her use of a private email server while she was secretary of state. 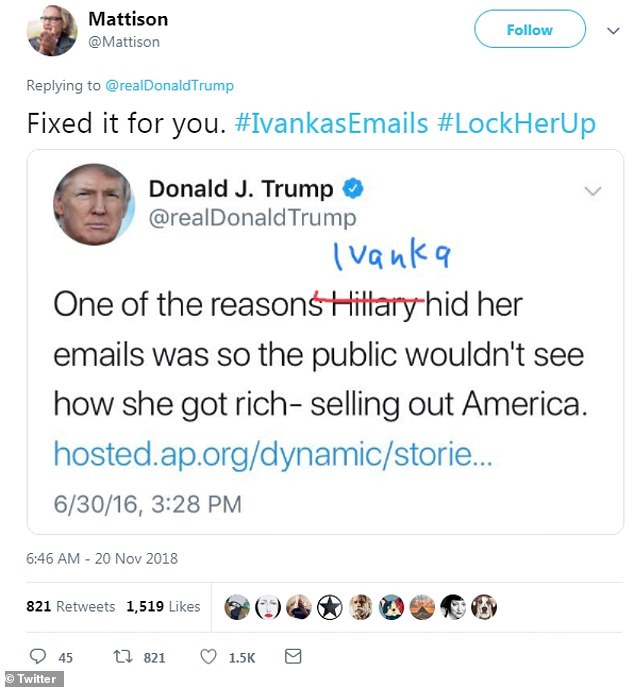 ‘You can’t make this stuff up. Not after that gang did the ‘Lock Her Up!’ chant against Hillary for two solid years so Ivanka could become First Daughter. Above the law, just like daddy. Disgusting hardly says it,’ he wrote.

Ivanka’s attorney, Abbe Lowell, acknowledged the First Daughter ‘sometimes used her private account, almost always for logistics and scheduling concerning her family,’  according to a spokesperson for Lowell. 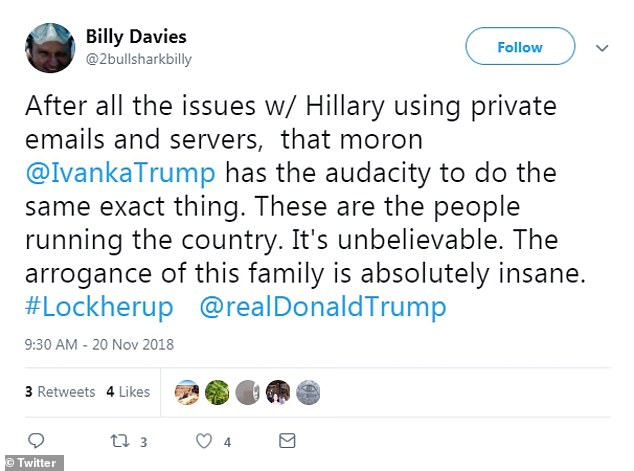 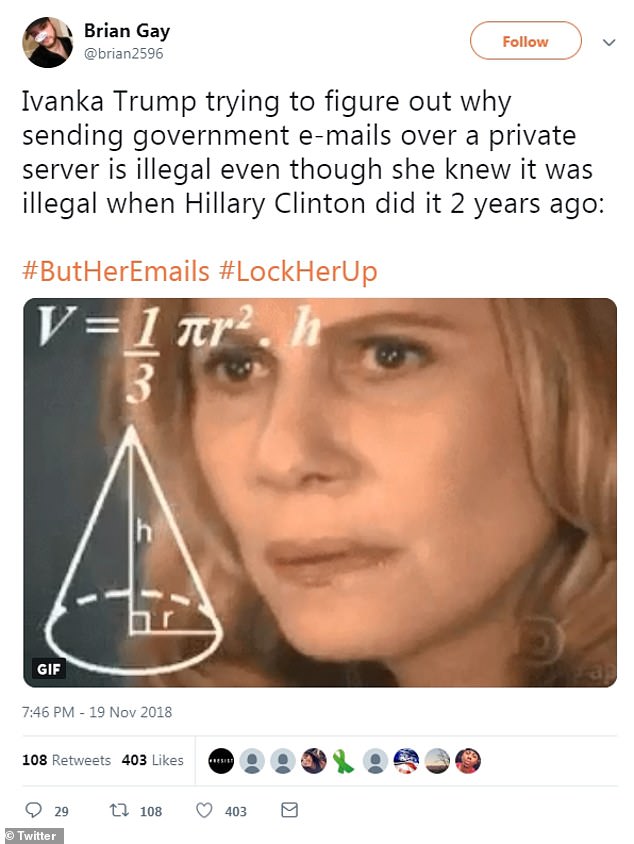 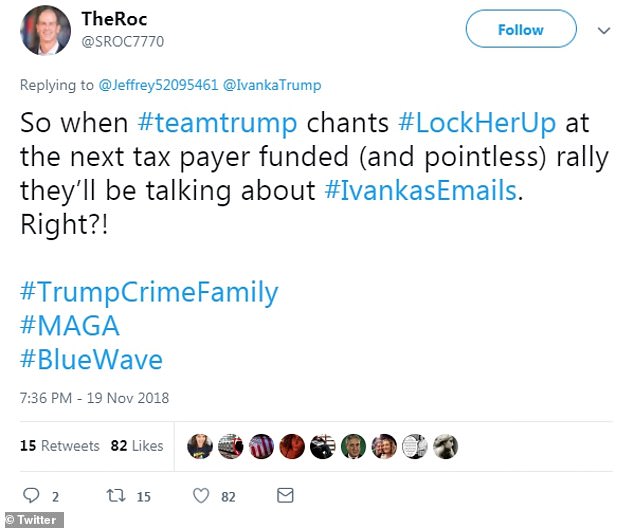 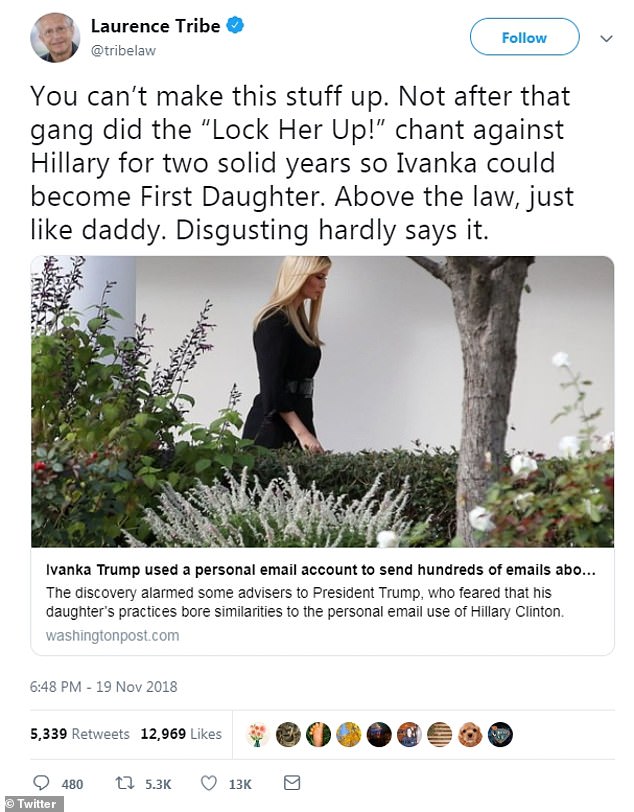 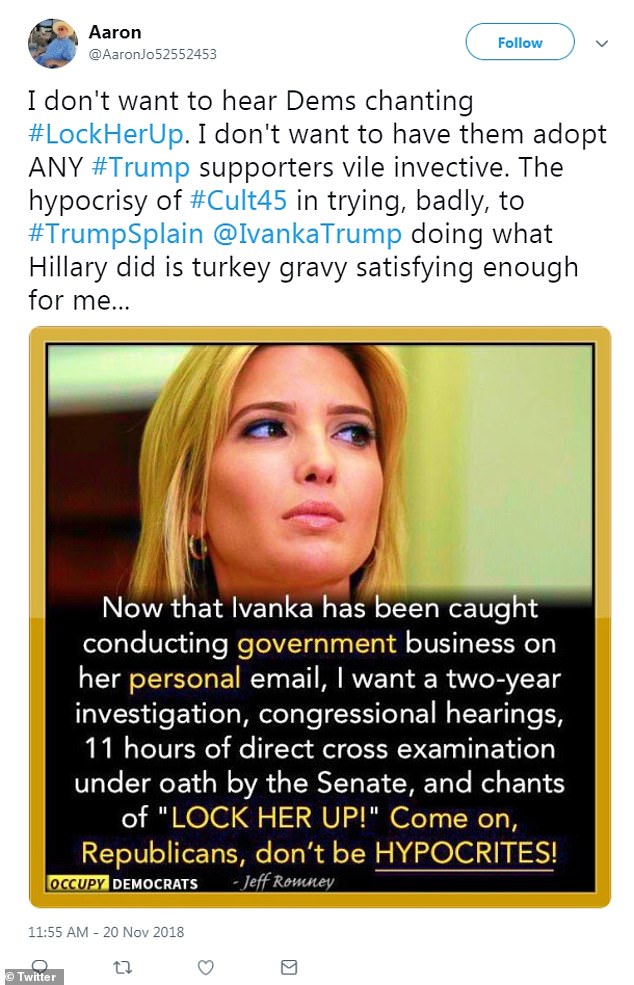 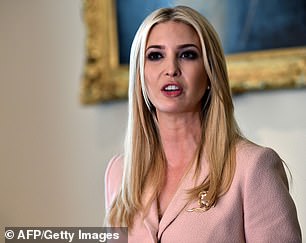 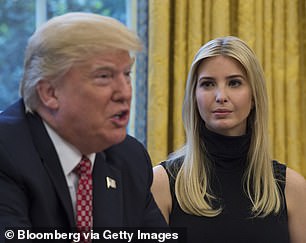 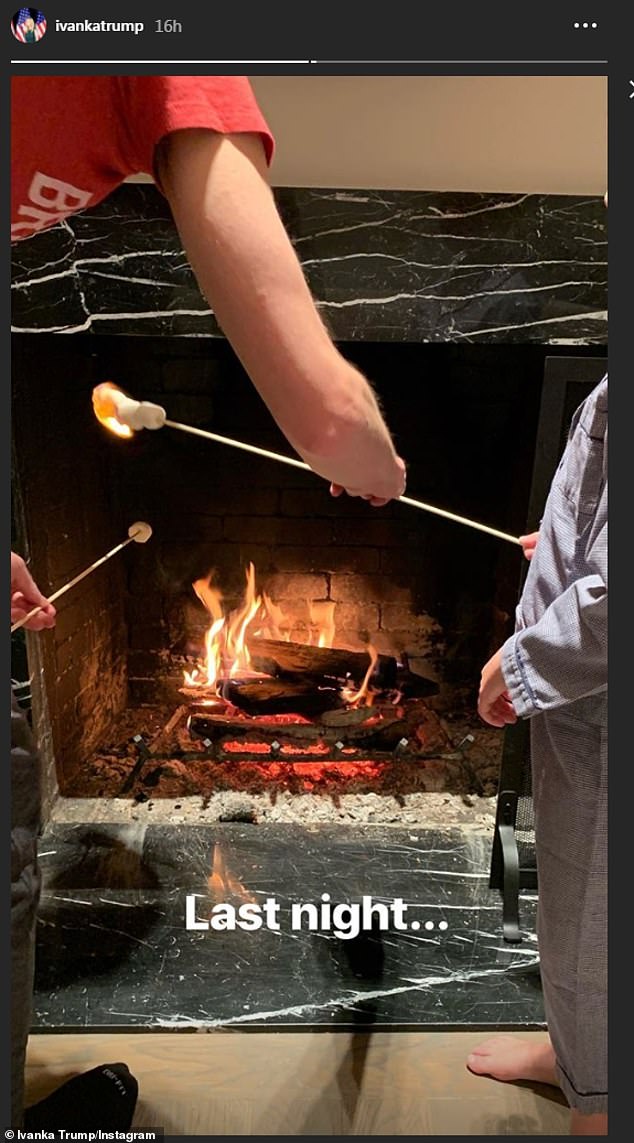 On Monday night, after a hail storm of tweets about Ivanka’s email use, she shared a snap of what appeared to be her and one of her children making s’mores

After her email scandal came to light, Ivanka claimed she was ignorant about the rules on private emails for government use.

Of course people were skeptical that that could even be the case.

‘Ivanka Trump trying to figure out why sending government e-mails over a private server is illegal even though she knew it was illegal when Hillary Clinton did it 2 years,’ Brian Gay posted on his account.