‘Starfleet called. They want their insignia back’: Social media roasts Trump after he reveals Space Force logo that looks a lot like the badge from STAR TREK

President Trump on Friday unveiled the new logo for the Space Force, America’s newest branch of the military, and it looks a lot like the emblem for the Starfleet command from the show Star Trek.

The president was mocked on social media by those who pointed out the striking resemblance between the two logos.

In the Star Trek franchise, the Starfleet is a fictional organization controlled by the United Federation of Planets. 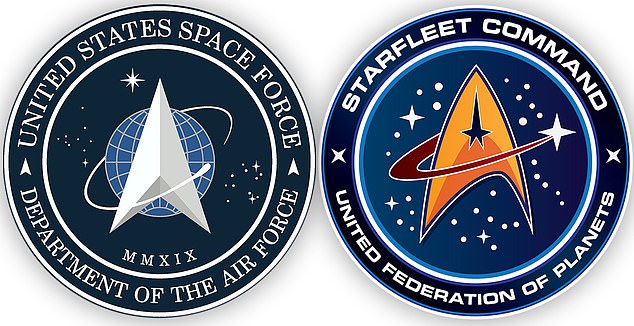 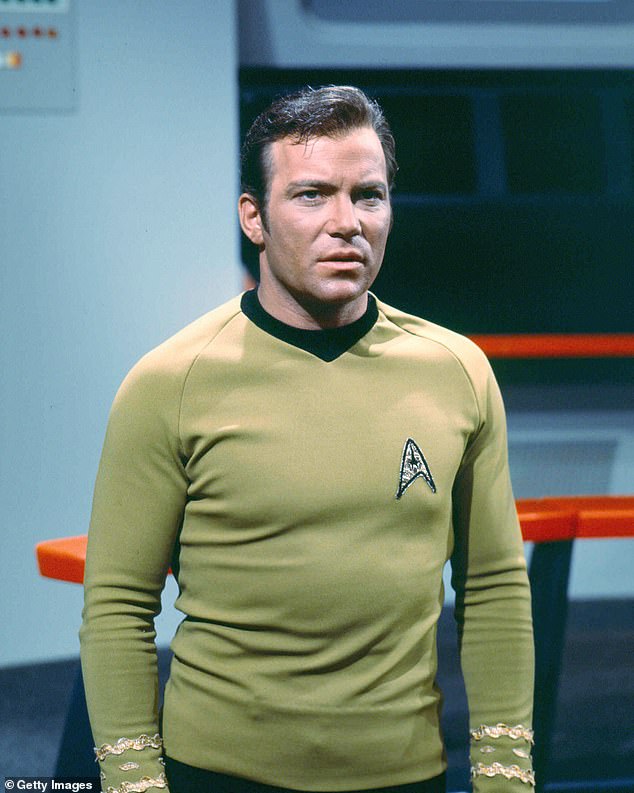 Star Trek was a television series that aired in the mid-1960s. It then evolved into a franchise that included films, animated series, theme parks, and exhibits. One of the earlier stars of the TV series, William Shatner, is seen above as Captain James T. Kirk in this 1968 file photo

The Starfleet is the space force through which various species conduct deep space exploration, research, defense, peacekeeping, and diplomacy.

On Twitter, Trump was accused of plagiarism and intellectual property theft.

‘Starfleet called. They want their insignia back,’ tweeted one Twitter user.

Another Twitter user quipped: ‘The only difference here is that the Space Force will be more like Spaceballs instead of Starfleet.’

George Takei (far right), who played Hikaru Sulu in the film Star Trek II: The Wrath of Khan, reacted on Twitter to the new logo 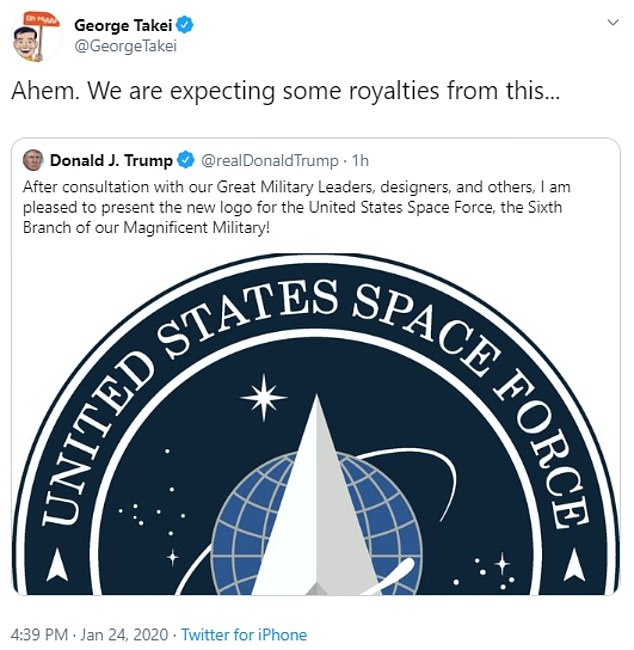 Takei, a frequent critic of Trump, tweeted: ‘Ahem. We are expecting some royalties from this..’

Takei wrote in a subsequent tweet: ‘I feel like Melania must have had a hand in copyi – I mean, designing this.’ 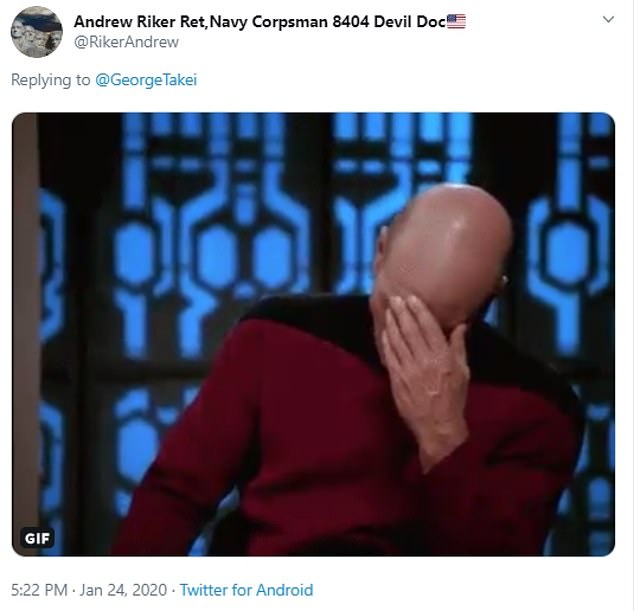 One Twitter user responded to Takei by posting a meme showing Jean-Luc Picard, the captain of the starship USS Enterprise, putting his hand against his forehead

Spaceballs is a reference to the 1987 Mel Brooks comedy which parodies Star Wars and other sci-fi movies and series like Star Trek, Planet of the Apes, and others.

Another Twitter user wrote: ‘The estate of Gene Rodenberry should sue you for every penny you have…’

Rodenberry was the writer and creator behind the Star Trek television series.

George Takei, who played Hikaru Sulu in the original Star Trek TV series, tweeted: ‘Ahem. We are expecting some royalties from this..’

Takei, who is a frequent critic of Trump, wrote in a subsequent tweet: ‘I feel like Melania must have had a hand in copyi – I mean, designing this.’

The reference to Melania Trump was a speech given by the first lady during the Republican National Convention in the summer of 2016.

Observers later noted that the speech given by Melania Trump bore many similarities to remarks delivered by Michelle Obama during her address before the Democratic National Committee in Denver in 2008.