She broke down in tears on Sunday night’s episode of Married At First Sight after her explosive ‘affair’ with Dean Wells was made public.

But many viewers weren’t buying the authenticity of Davina Rankin’s emotions, with some taking to social media to slam the Instagram model.

One sassy Twitter user was left particularly unimpressed with the 26 year-old’s melodramatic display, writing: ‘Okay Davina, calm down, your Home and Away audition ended five minutes ago’.

Not buying it! Social media users were less than sympathetic to Married At First Sight’s Davina Rankin as she broke down on tears during Sunday night’s episode

Melodramatic: One sassy social media user compared Davina’s crying to an audition for Home and Away

Davina had double the reasons to be upset, as – after her ‘affair’ with Dean was exposed- he decided he did not want to pursue a relationship with her.

Rejecting the stunning brunette publicly,  Dean cuttingly told Davina: ‘Our attraction is, I feel, a little bit more of a superficial thing’.

He then pleaded with his wife Tracey to give him another chance, as tears streamed from a rejected Davina. 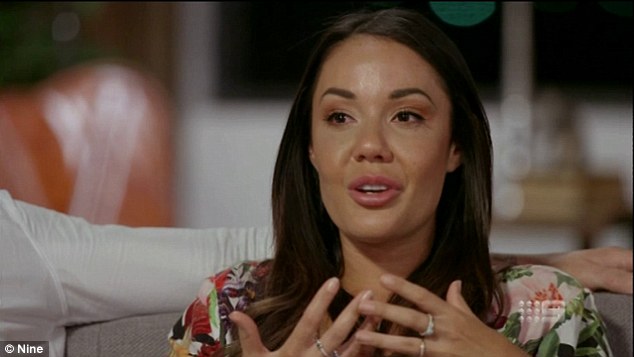 In the spotlight: Davina’s voice quivered as she explained what happened between her and Dean

Was she faking? Some users questioned the authenticity of Davina’s tears

A viewer slammed the star, writing on Twitter: ‘Davina, cut out the #crocodiletears’.

Several others accused her of trying to play the victim, as she explained her feelings for Dean and claimed that there was no ‘ill intent’.

‘Ok Davina you are NOT the victim, not at all’ a social media user chided.

‘Drew him in’: One user even seemed to have more sympathy for Dean 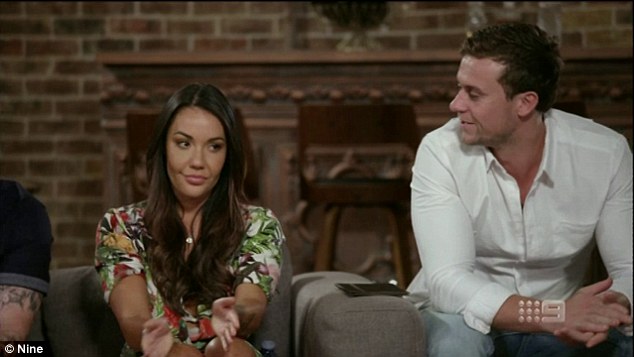 Under fire: Davina was emotional when her affair with Dean was revealed, and it only got worse when he rejected her

Another chimed in: ‘C’mon Davina, you were flirting with him [Dean] from the word go and drew him in totally. Cut the victim approach’.

In a stunning twist, Tracey voted to stay on in her marriage with Dean, while Ryan also claimed he wanted to keep trying in his relationship with Davina.

No doubt awkwardness will ensure, particularly at the next couple’s dinner, when the program resumes on Monday night. 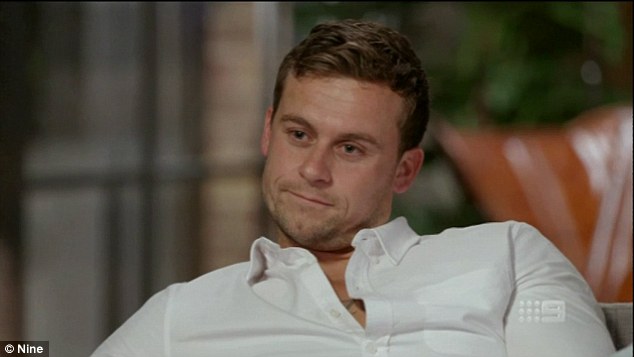