Football fans ask ‘who needs Ronaldo?’ as Portugal run rampant in last-16 clash with Switzerland… with some claiming the nation are ‘contenders’ to lift the World Cup as long as they continue to leave him on the bench

Social media users have asked ‘who needs Cristiano Ronaldo’ after the forward was dropped for Portugal’s 6-1 thrashing of Switzerland in the last 16 of the World Cup.

The former Manchester United star was dropped to the bench by manager Fernando Santos, who was angry with the free agent’s reaction to being dropped against South Korea.

Portugal ran away with a comfortable lead against Switzerland as Goncalo Ramos – the man who replaced Ronaldo in the starting line-up – scored a hat-trick in his first start in Qatar.

A large number of football fans suggested that Portugal didn’t need Ronaldo due to their impressive display.

Popular YouTuber-turned-boxer and musician KSI wrote: ‘I’m gonna say it, Ronaldo holds teams back,’ alongside a photo of someone trying to extinguish a fire.

His opinion was backed by another social media user who said: ‘No coincidence they’re winning comfortably too. I agree with @KSI Ronaldo just holds the team back.’ 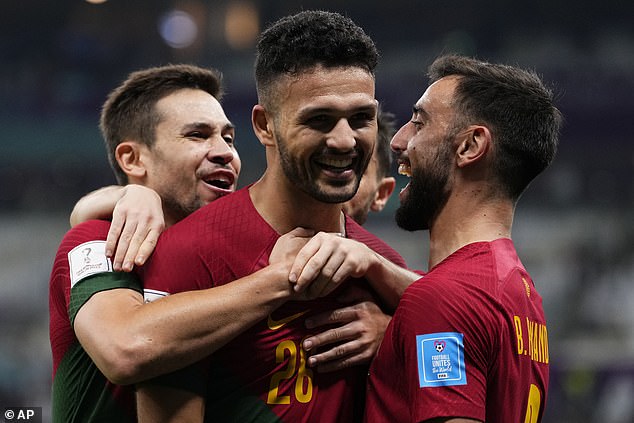 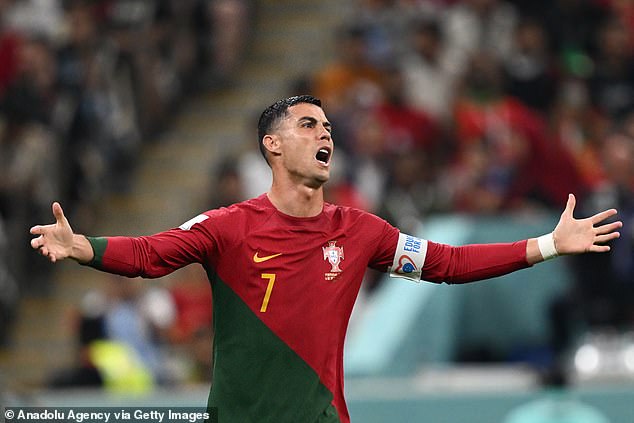 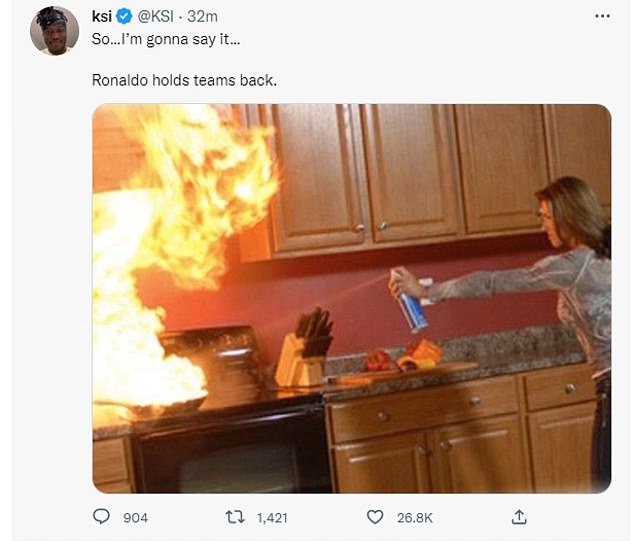 One Twitter user referenced Portugal’s recent friendly against Nigeria – where they won 4-0 without Ronaldo, as they wrote: ‘Anyone who watched Nigeria vs Portugal knows this Portuguese team plays beautifully without Ronaldo.’

Other people commented that Portugal could be contenders to win the whole competition, if they continue to leave Ronaldo on the bench.

@LFCjus_ wrote: ‘Portugal are real contenders for winning the tournament… as long as Ronaldo isn’t starting.’ 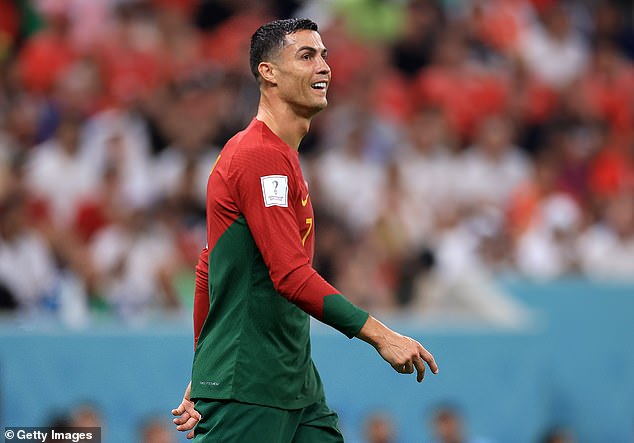 Portugal were running away with a 5-1 lead when Ronaldo was brought onto the pitch as a 73rd minute substitution for Joao Felix.

Ronaldo’s name was read out to big cheers from the Portuguese fans – showing that they have not lost their faith in the 37-year-old.

They had previously cheered when his face was displayed on the big screen pre-match and had called for him to be introduced by chanting his name before he came on.

He even put the ball in the back of the net, though he had mis-timed his run and was ruled offside.

Portugal went on to add a sixth goal to book a quarter-final spot against Morocco.