Diamonds in the rough! Social media users reveal the hidden treasures that they’ve found, inherited or bought for pennies that are now worth a fortune – including a car boot sale ring valued at £480K

Many of us dream of landing an unexpected jackpot one day from something that’s been gathering dust in the attic.

And these items, discovered from France to Virginia, prove that forgotten treasures – often thought to be worthless – can end up being worth thousands, if not millions, of dollars.

One man bought a painting in Philadelphia for $4 and found a copy of the Declaration of Independence estimated to be valued at $2.42million.

In France, a woman who had her belongings appraised before moving houses discovered a small painting in her kitchen dated back to the 13th century and was signed by Italian artist Cimabue. It was worth between $4million and $6.6million.

Here, FEMAIL reveals a selection of the most amazing finds, gathered in an online gallery by Bored Panda…

The Edmore meteorite, pictured. This amazing meteorite was used as a doorstop by a man in Michigan after it came with a house he had bought there. When he bought the home, the man was told the stone was a meteorite but did not do anything about it. Thirty years later he contacted a professor at the Unity of Michigan who confirmed the chunk was indeed a meteorite. It was named Edmore and is considered to be worth $100million 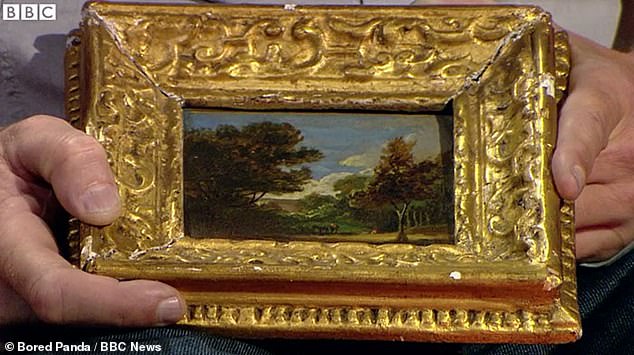 A man who bought this painting – which is only the size of a postcard – at an auction in Canterbury in the early 2000s for just £30 was shocked to find it was an original piece by British painter John Constable and was worth £314,000, BBC news reported 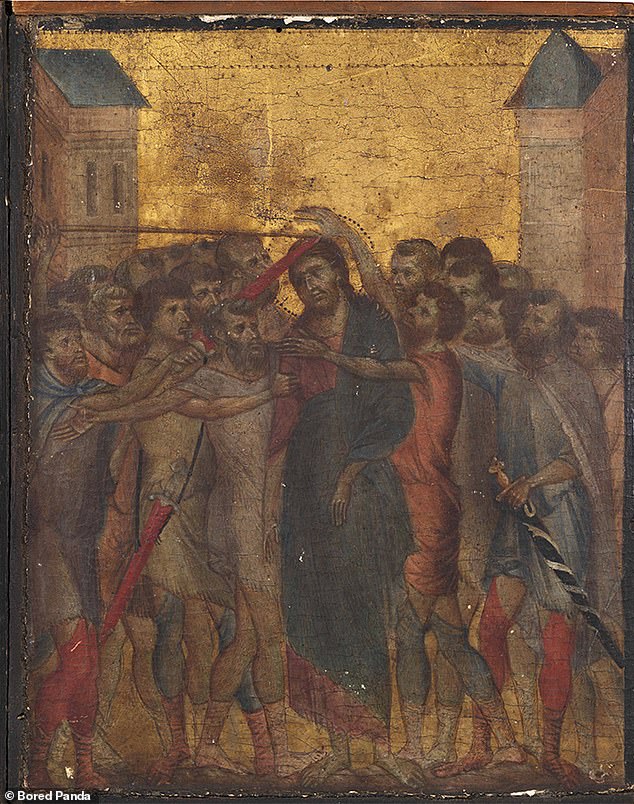 In France, a woman who had her belongings appraised before moving houses discovered a small painting (pictured) in her kitchen dated back to the 13th century and was signed by Italian artist Cimabue. It was worth between $4million and $6.6million 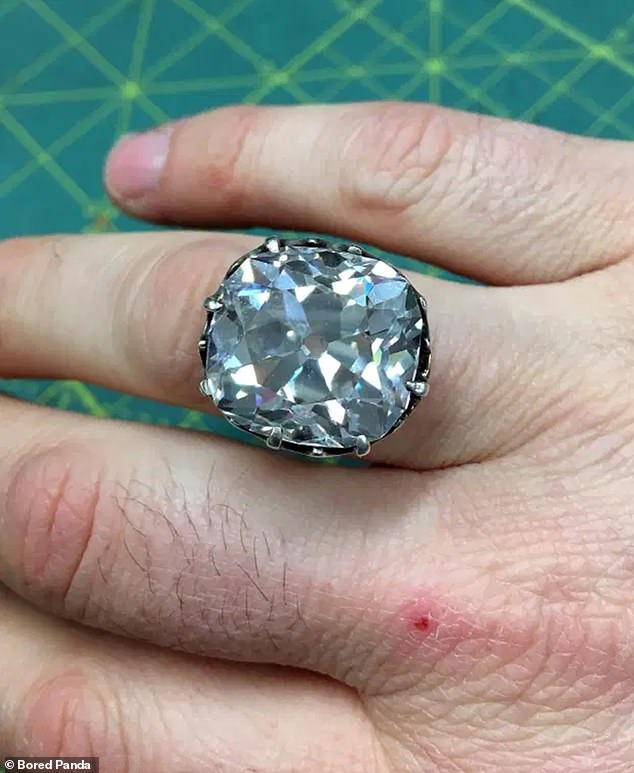 This lavish, diamond ring was bought in the 1980s for £10 at a car boot sale in West London.  For more than 30 years, its owner thought it was worthless, until it was estimated to be worth a staggering £477,000 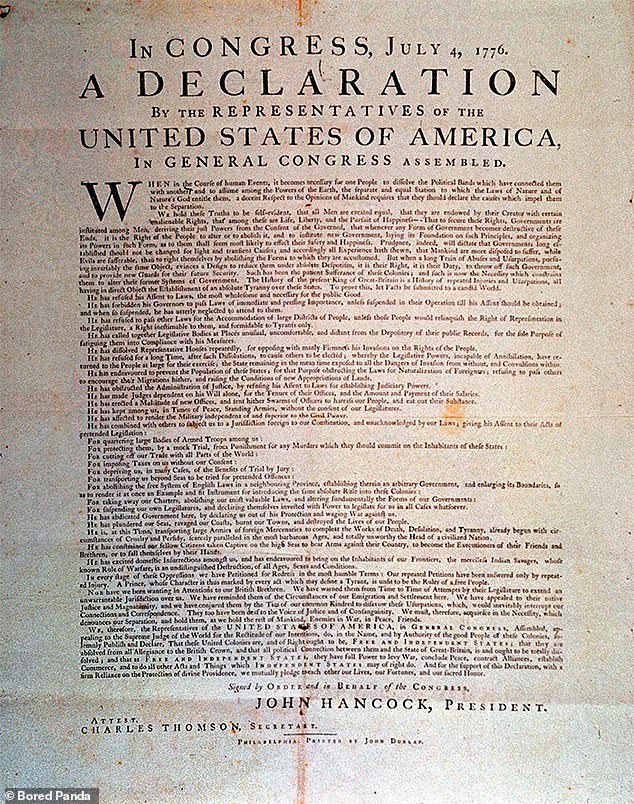 A man in Philadelphia, bought a painting in a flea market in 1989 for $4. When he took it home he found a copy of the Declaration of Independence had been tucked between the painting and the frame. Only 23 copies were known to still exist in the US that year. It was found to be worth $2.42million 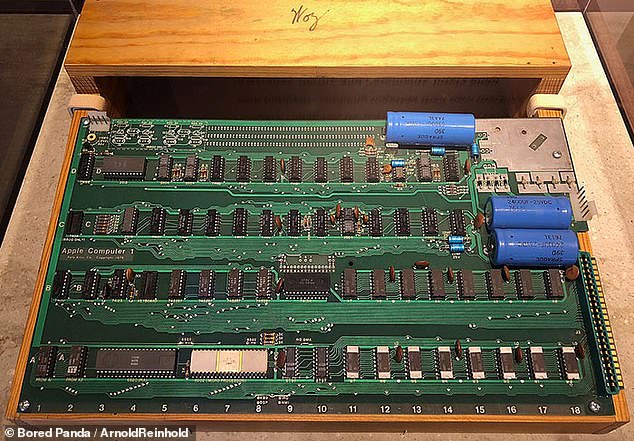 An unnamed woman dropped an old Apple computer at a recycling centre in Silicon Valley in 2015. It was found to be one of 200  Apple I computers that were created by Steve Jobs, Steve Wozniack and Ron Wayne in 1976. It was estimated to be worth $200,000 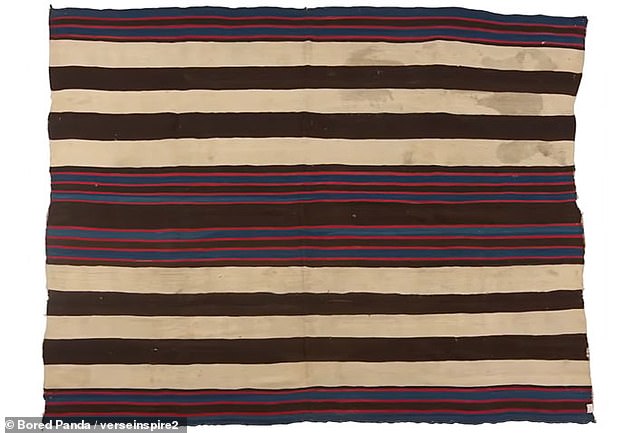 A California man without a lot of money, named Loren Krytzer, inherited this blanket after his grandmother died. Nobody in the family wanted it, but it was found to be a Navarro blanket from the 1800s and later estimated to be worth $1.5million due to its rare textiles 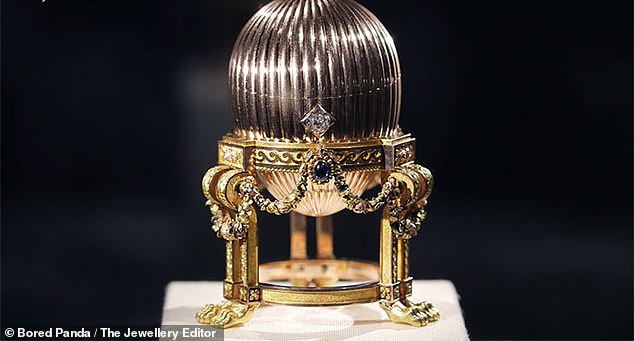 A scrap metal entrepreneur bought this egg, made of gold for $14,000 at a flea market, hoping to sell it for parts. However, he started to suspect the ‘egg’ was worth more after reading an article online about an imperial Faberge Easter egg made for Russian royalty. He had it confirmed that the egg he found was the missing Faberge egg. It is estimated to be valued at around $20million 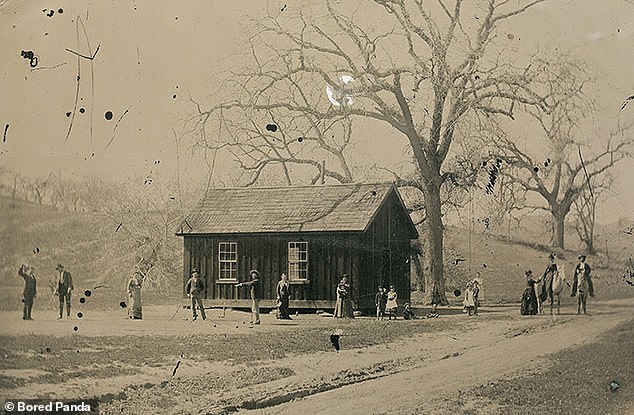 A man from Fremont, California, bought this picture dating back to 1878 for $2 at a antique shop in 2015. It turned out the picture showed the infamous thief Billy the Kid and members of the Lincoln County gang playing cricket and it was estimated to be valued at $5million 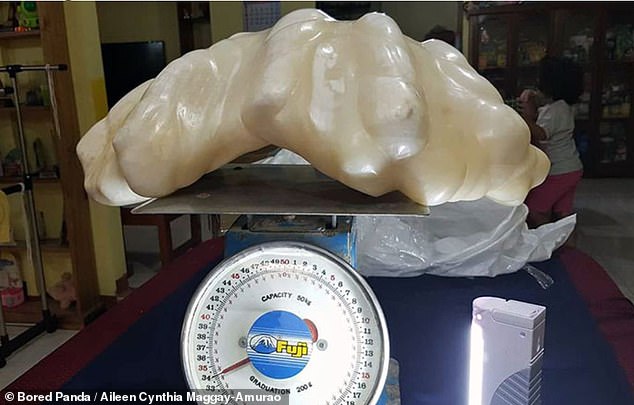 A fisherman brought home what he thought was a big stone after he was able to anchor his ship to it during a storm in the Philippines in 2006. Ten years later in 2016, he found out it was actually a giant clam. Measuring at one foot wide and just over two feet long, the 34kg giant pearl was said to be worth $100 million