Happy birth-fail! People share hilarious snaps of their worst birthdays ever – from bizarre characters in pig costumes to a GRAVESTONE cake

Birthdays are usually celebrated by eating cake, drinking Prosecco and partying with friends.

However unfortunately it doesn’t always turn out this way, with some people experiencing the worst birthdays ever – and capturing the evidence on camera.

Now people from around the world have been sharing their birthday fails online, with Bored Panda collating the most hilarious snaps.

One person received a gravestone cake with ‘here lies Jakes youth’ written on it.

Another partygoer’s hair caught fire from the candles on her birthday cake while her friends snapped pics.

Here, FEMAIL shares some of the birthdays that went terribly wrong…

RIP! Birthday fails from around the world were collated by Bored Panda showcasing the most hilarious snaps including this women who told her fiancé Jake that she got him the perfect 30th birthday cake,  It wasn’t exactly what he expected 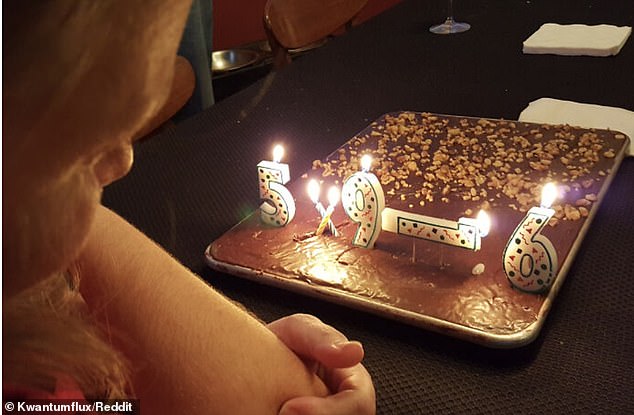 Maths: When one man struggled to find the right number of candles for his wife’s birthday, he was forced to improvise 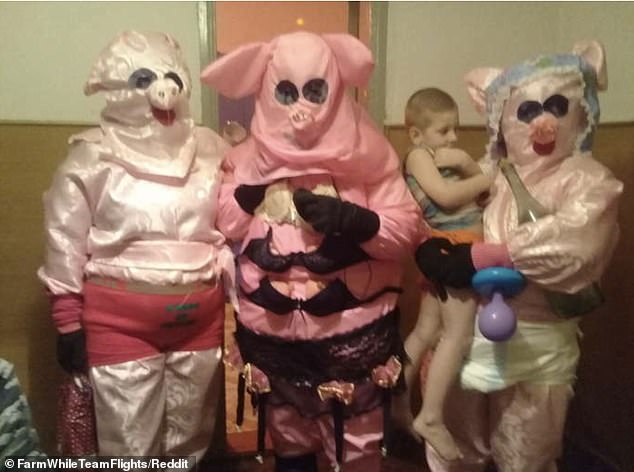 Surprise! One young boy appeared to get a fright for his birthday, with these pig costumes scary enough to freak out even the most hardy adults 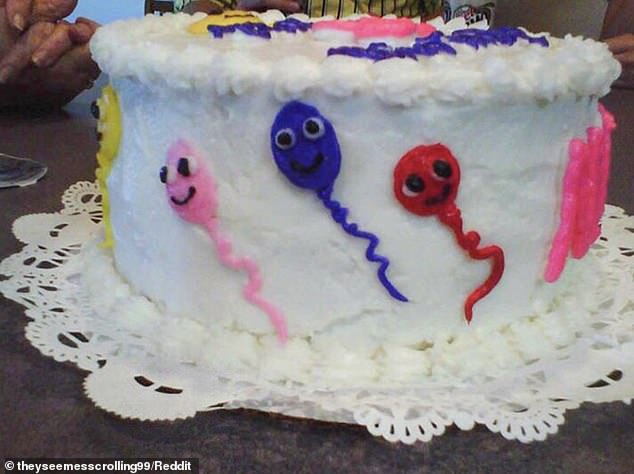 Just keep swimming, just keep swimming! One woman asked a bakery to put colourful balloons on her mother’s birthday cake – but was shocked to see they resembled something else 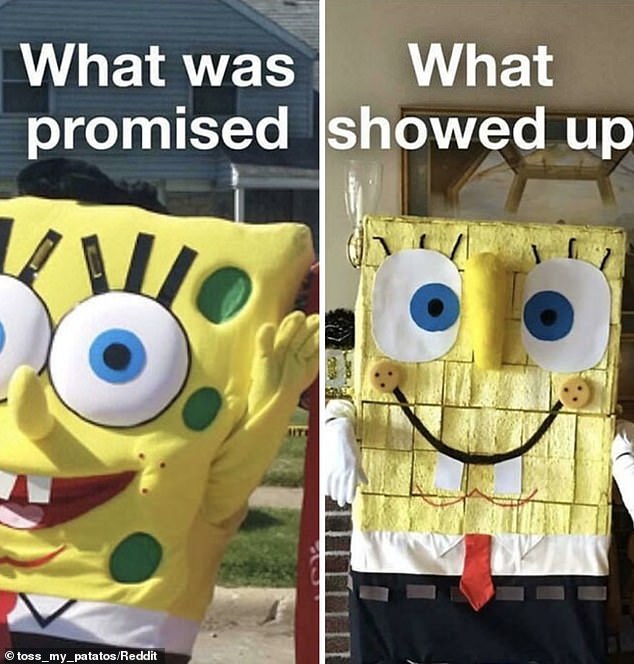 Instagram v reality! This women hired Spongebob for her child’s party – but was stunned when a man covered in sponges showed up 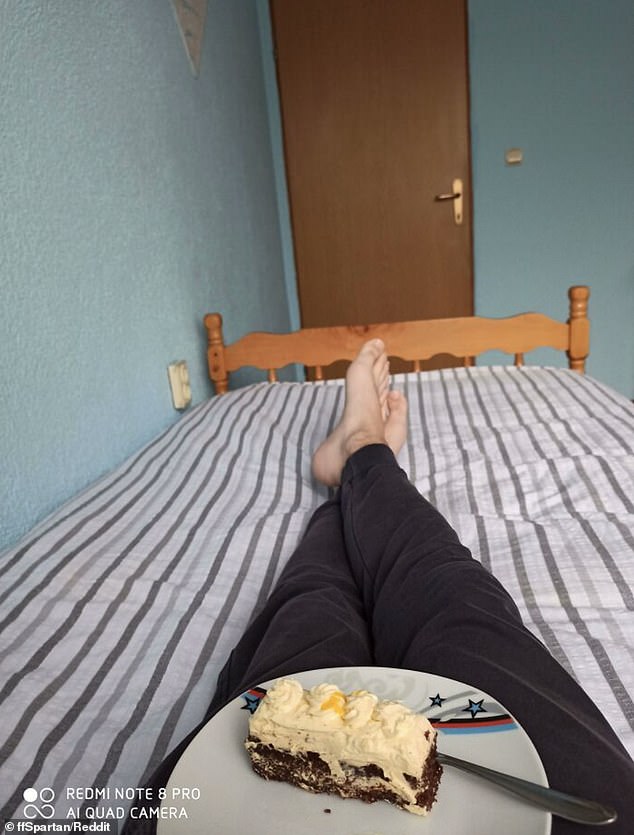 Depressing! One teenager, believed to be in the US, spent his 18th birthday in isolation during the Covid-19 pandemic in 2020

The magic number! One mother in the US was left desperate to find her three-year-old daughter a birthday candle after struggling to find one in store 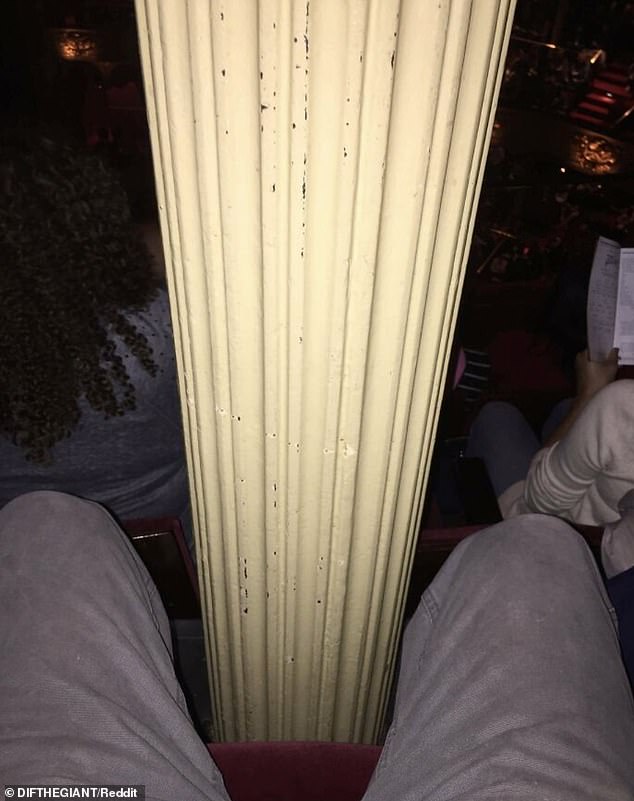 Not the best view! Another man took his wife to see The Sound of Music for her birthday – but he was stuck behind a column in the theatre 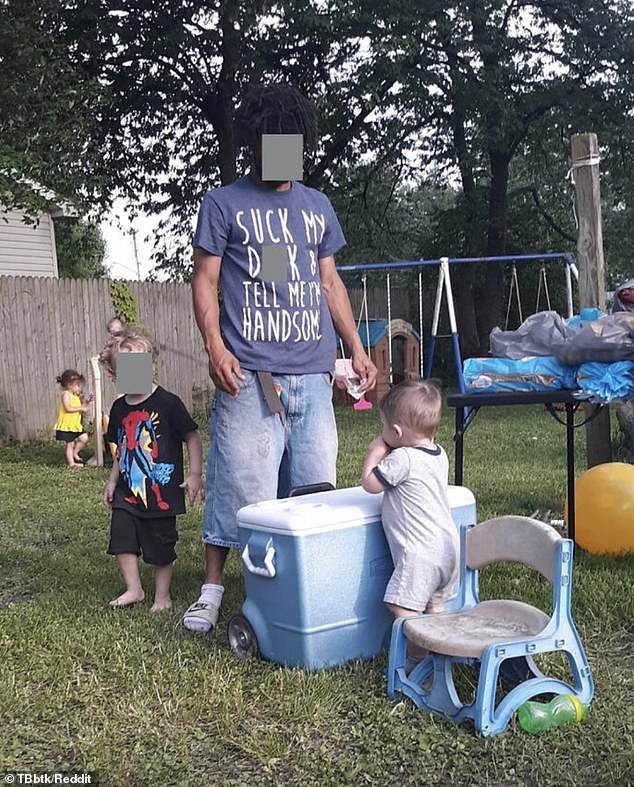 Just why? This American man stunned partygoers at his children’s birthday event after he wore a very inappropriate t-shirt 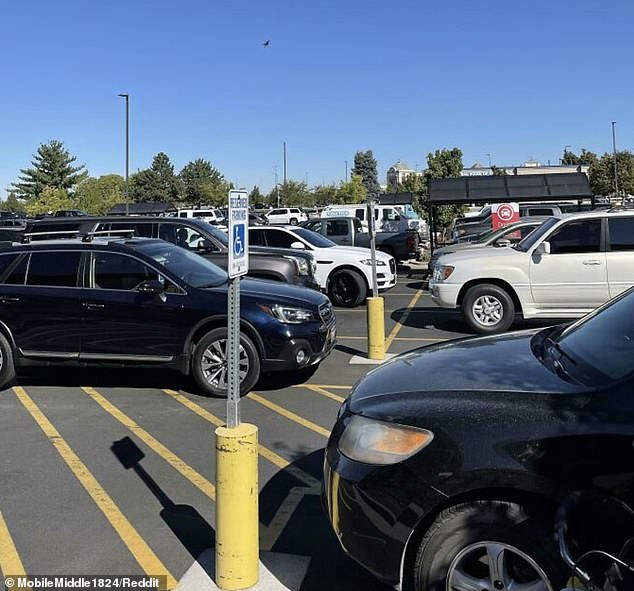 Is it a bird, is it a plane? No it’s a dinosaur balloon! This mother in the US bought her son a balloon for his birthday but unfortunately it didn’t even make it to the car 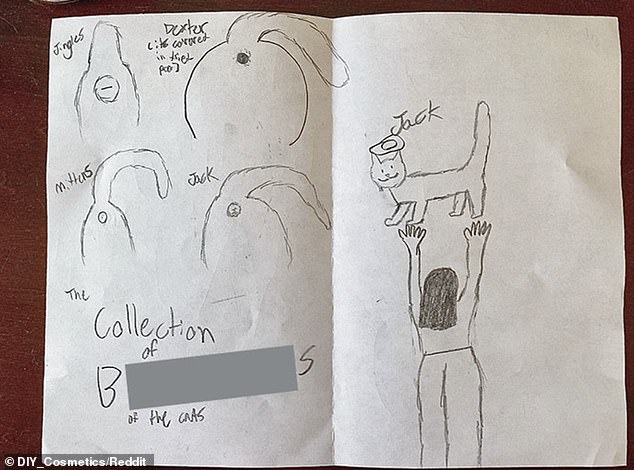 Happy birthday! One mother, believed to be from the US, got a very unpleasant birthday card from her 10-year-old son which showcases a collection of their four cats bottoms 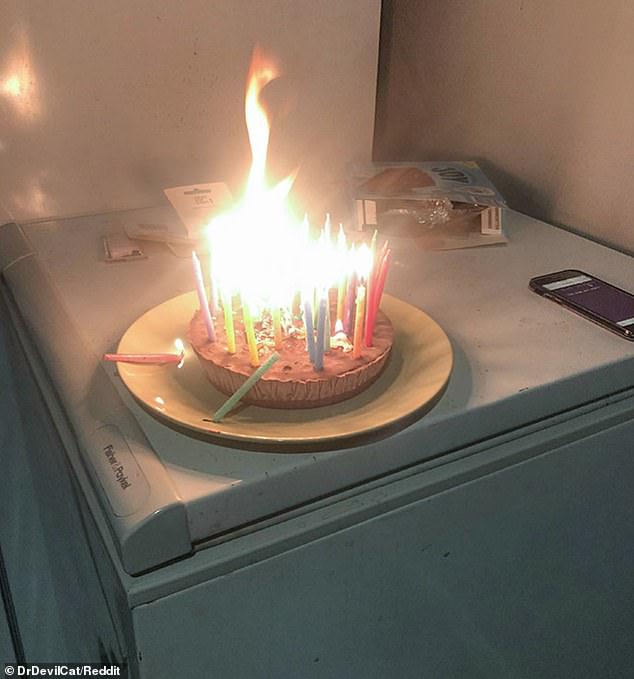 A fire hazard! One man nearly lit a blaze in his home after trying to celebrate his mothers birthday with a huge number of candles 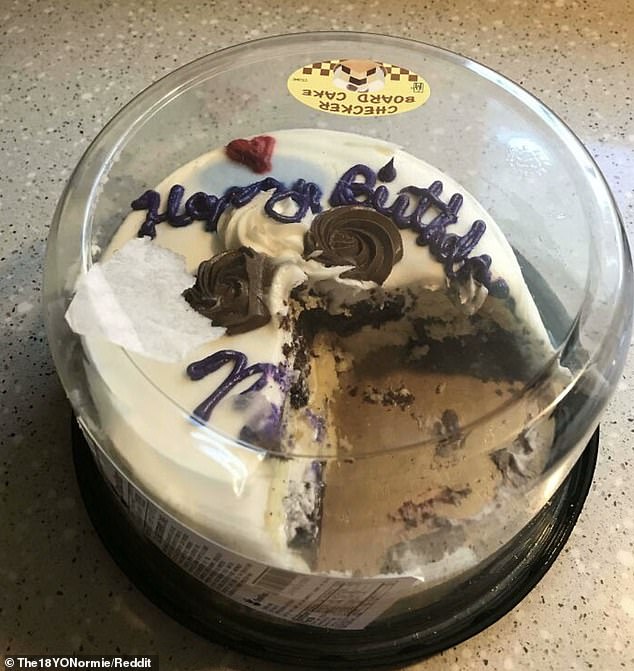 Munchies! One woman’s friend was too tempted and decided to take a slice of her mothers birthday cake before they even sang happy birthday 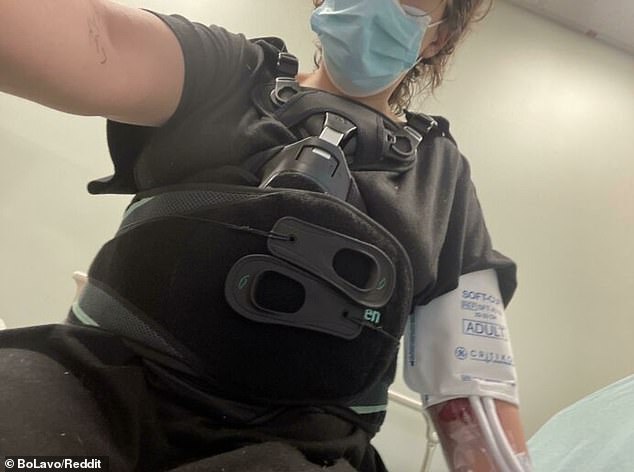 Birthday in hospital! This woman in the US ended up in hospital on her 29th birthday after she fell off her bed and had two seizures, which resulted in a fractured spine in two places 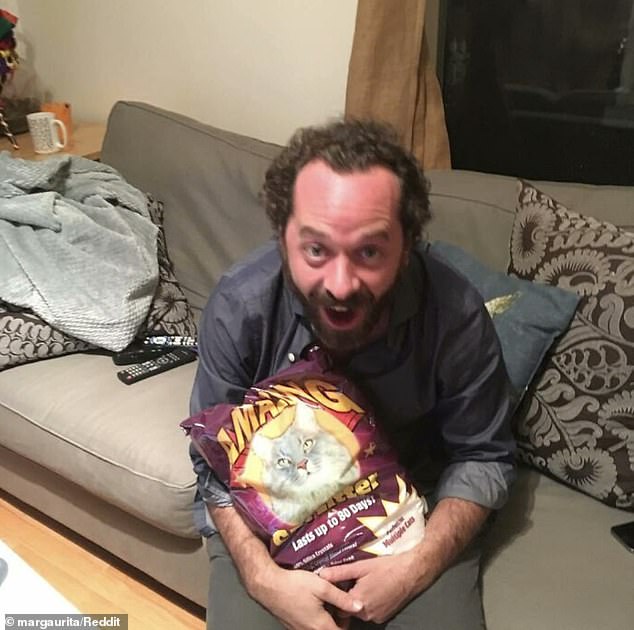 That’s not what I ordered! One couple, in the US, were left giggling after the gift they had ordered from Amazon was replaced with kitty litter 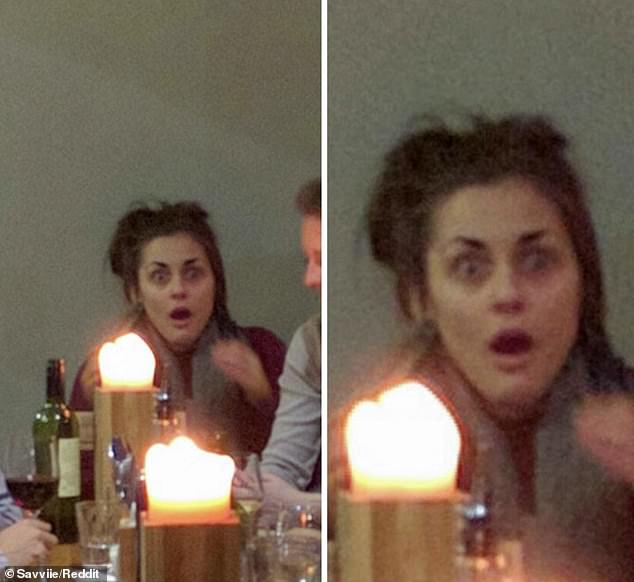 This party is lit! A partygoer’s hair caught fire from the candles on her birthday cake while her friends snapped pics