Hospitals are supposed to make you feel better! Patients from around the world share shocking photos of the WORST food served up on wards

It’s a place that should be making you feel better, yet these photographs prove that when it comes to mealtimes, some hospitals only make the situation worse.

Patients from around the world shared some of the most disastrous and unrecognisable dishes offered up to them during their stays.

The images were collated by Bored Panda and range from pointless garnish and burnt toast to meals so small they likely wouldn’t fill anyone up.

Here, FEMAIL reveals some of the most shocking examples…

It’s a place that should be making you feel better, yet these photographs prove that when it comes to mealtimes, some hospitals only make the situation worse. One person shared this image, explaining: ‘This is what the NHS call a turkey dinner and all the trimmings for someone recovering from cancer’ 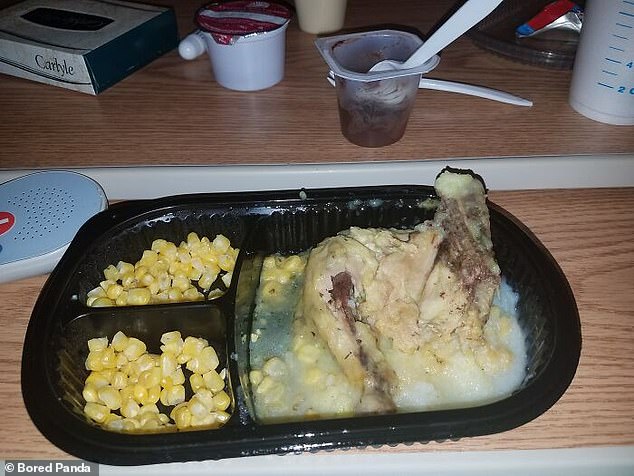 Sharing the above image, one person, from Milwaukee​, Wisconsin, said:  ‘My first meal in a week at a hospital for meningitis’ 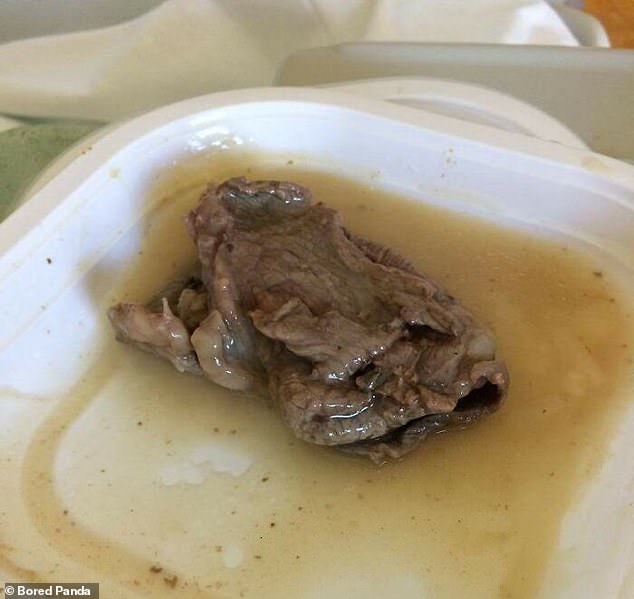 Patients from around the world shared some of the most disastrous and unrecognisable dishes offered up to them during their treatment, including the above, served in an Italian hospital 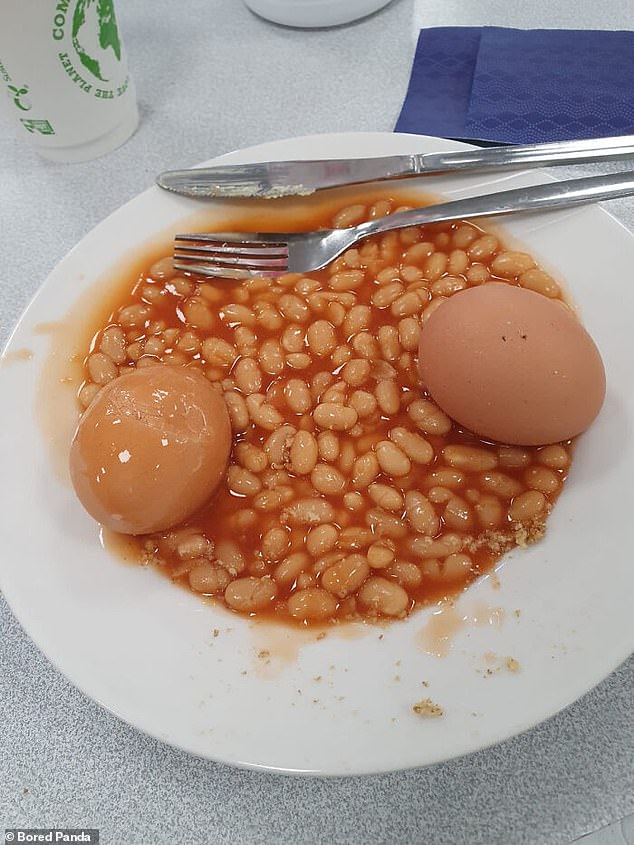 No yoke! A patient in Ireland was left unimpressed with the breakfast offering they were given 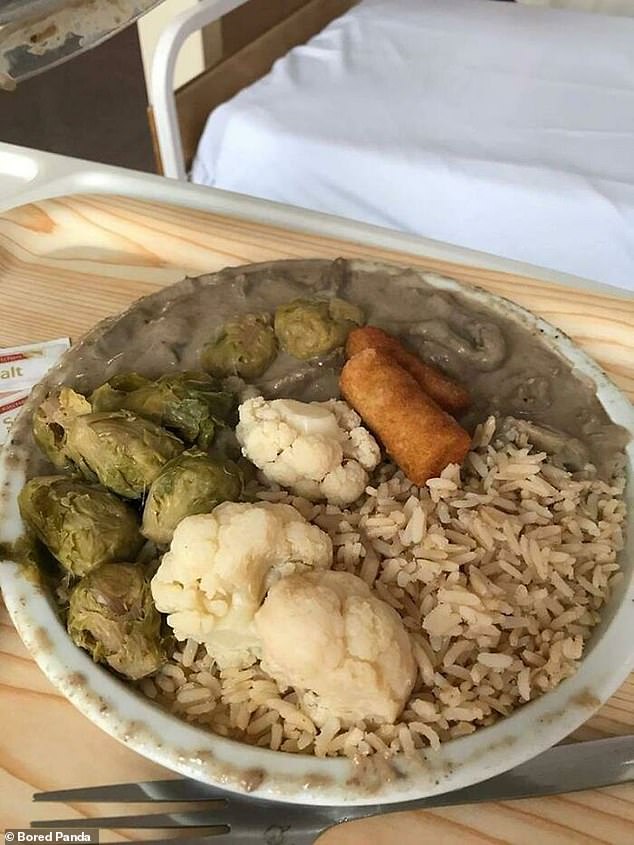 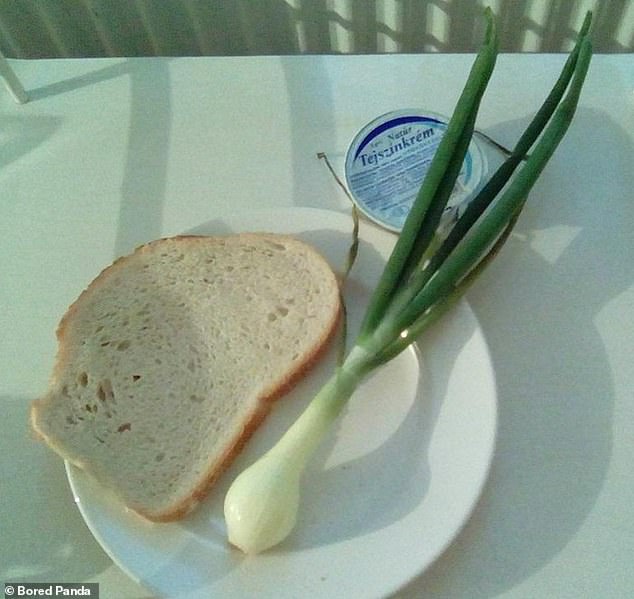 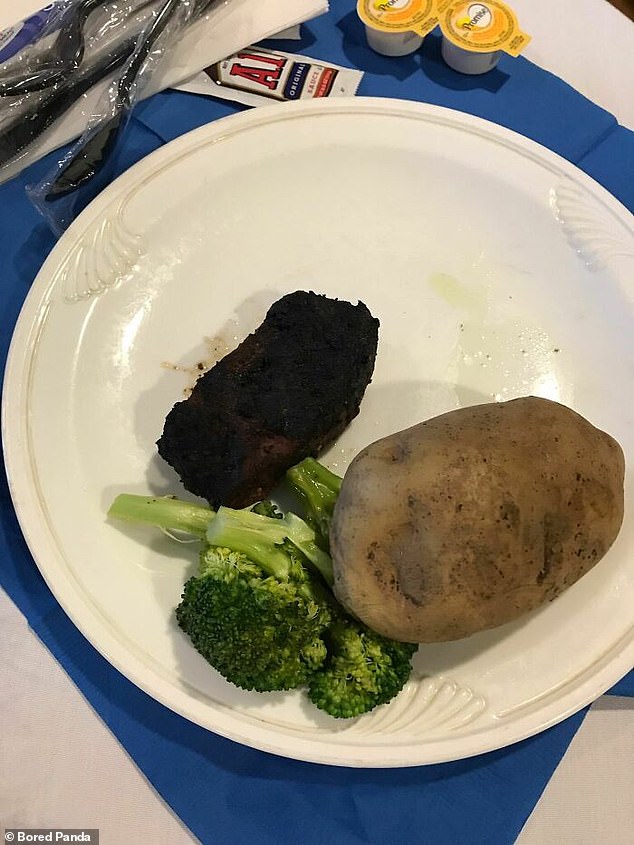 Sharing this image, one patient wrote: ‘Celebratory steak dinner offered by hospital for proud mother and father.’ It’s unclear where the image was taken 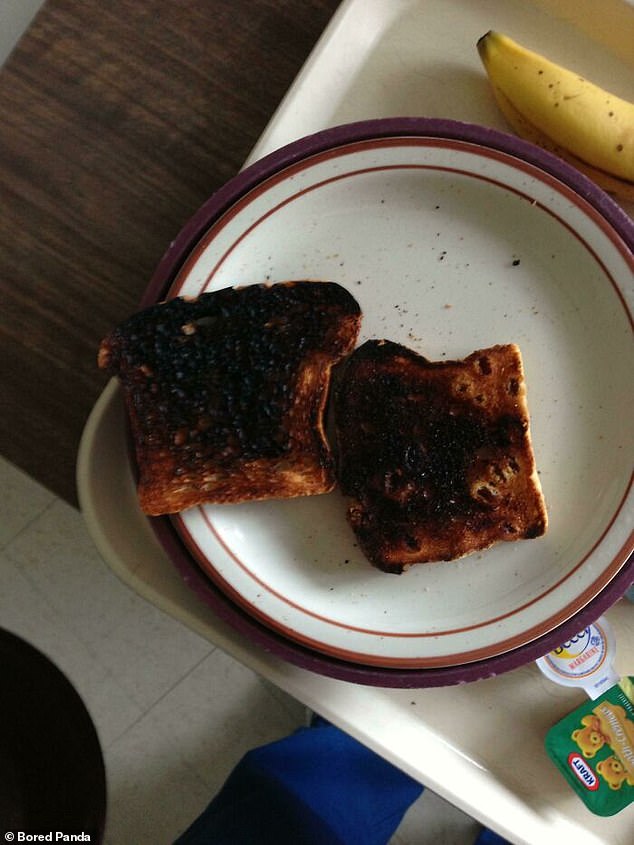 It appeared that a hospital staff member, from an unknown location, shared this image, along with the caption: ‘The toasts one of my patients got at the hospital for breakfast’ 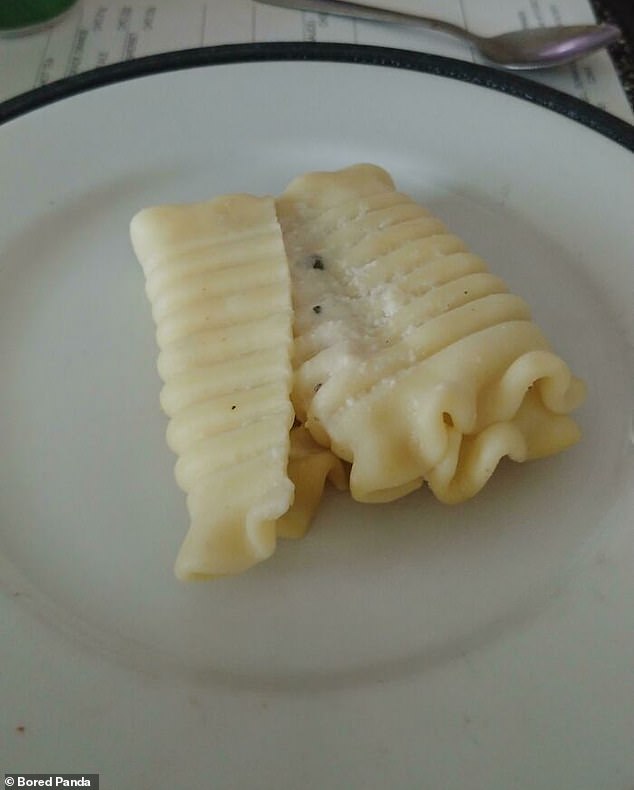 Not quite right: This abomination was meant to be a delicious lasagne, according to the upset patient who ordered the dish 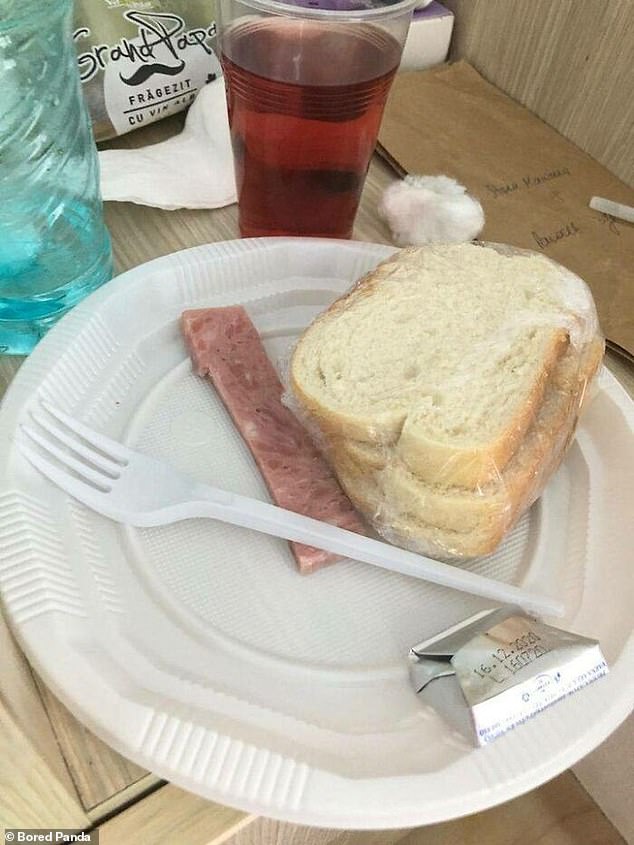 Where’s the rest? One patient shared this image after being left disappointed with the offerings at a Romanian hospital for lunch 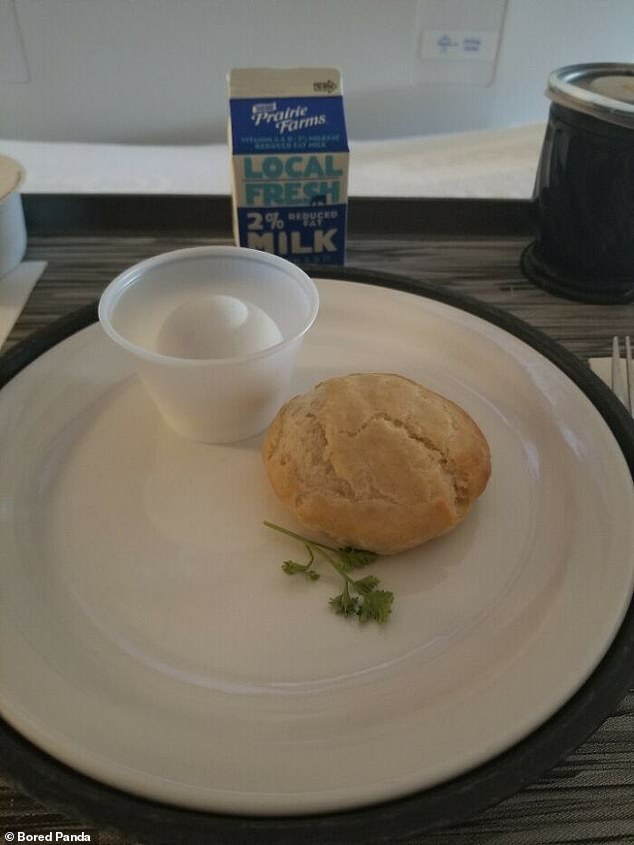 Yesterday’s hospital breakfast in Chicago. The garnish really makes it,’ one American social media user said after sharing the above image 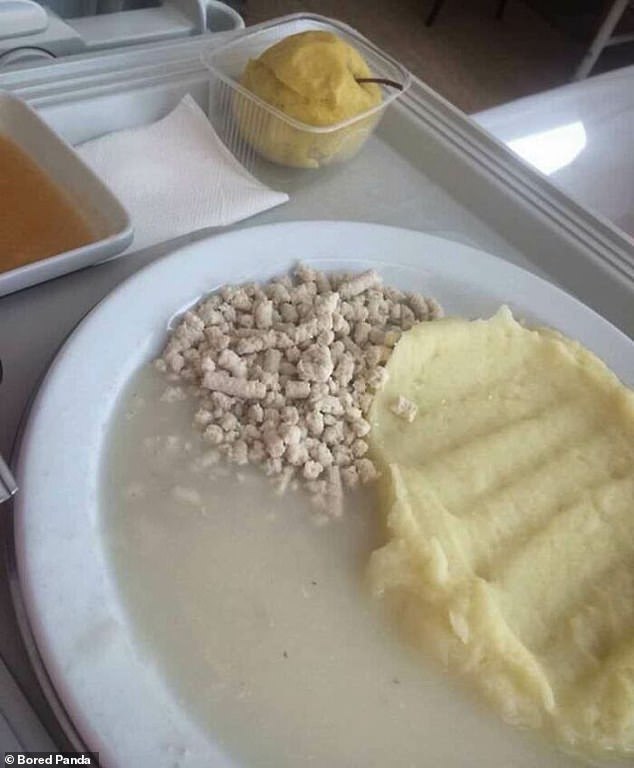 This failure of a dish was thought to have been a cottage pie, served at an unknown location 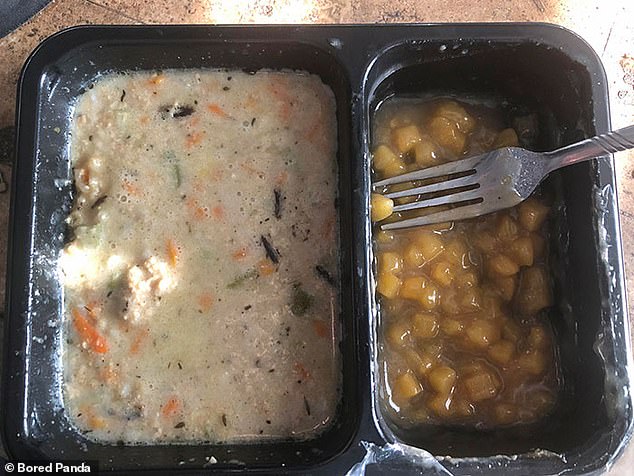 What was this supposed to be? A patient in America said this dish served to them looked the ‘opposite of food’ 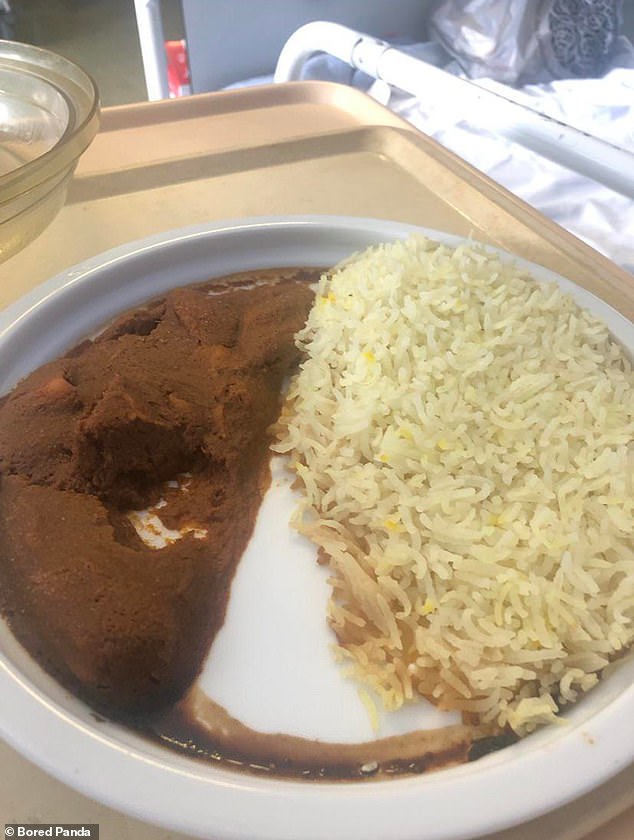 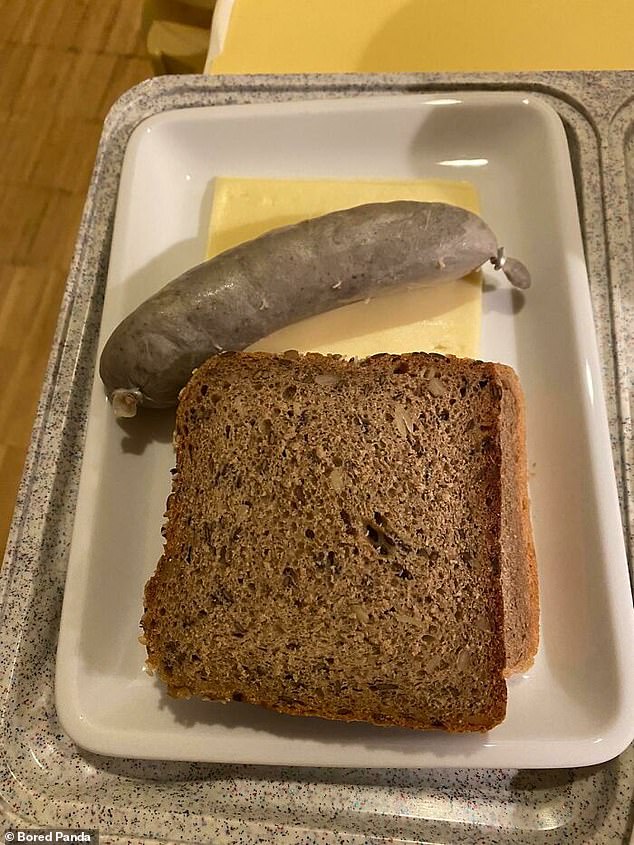 Hardly enough: One patient explained how all they received during a hospital stay in Germany was a meal containing two pieces of bread, a slice of cheese and a sausage