Walkies are overrated! Hilarious social media snaps show pampered pooches being carried by their owners in bags – from a pug in a hold-all to a husky in an IKEA shopper

As much as everyone loves seeing a cute dog while on their lengthy commute there’s one thing that far surpasses it – and that’s an adorable canine in a bag.

People from around the world have shared the cutest puppies they have spotted while going about their day, with the very best collated in a gallery by Bored Panda.

One photo shows a dog far too big to be carried, with his legs poking out the bottom of an IKEA bag, while another lies down in a tote bag and appears to have been ‘spilled’.

Elsewhere, a little Cavalier King Charles could be seen hanging in a bag from a toilet stall quite happily.

Here FEMAIL reveals some of the most pampered pooches being carried around by their humans.

People from around the world have shared the cutest puppies they have spotted while going about their day, with the very best collated in a gallery by Bored Panda (pictured) 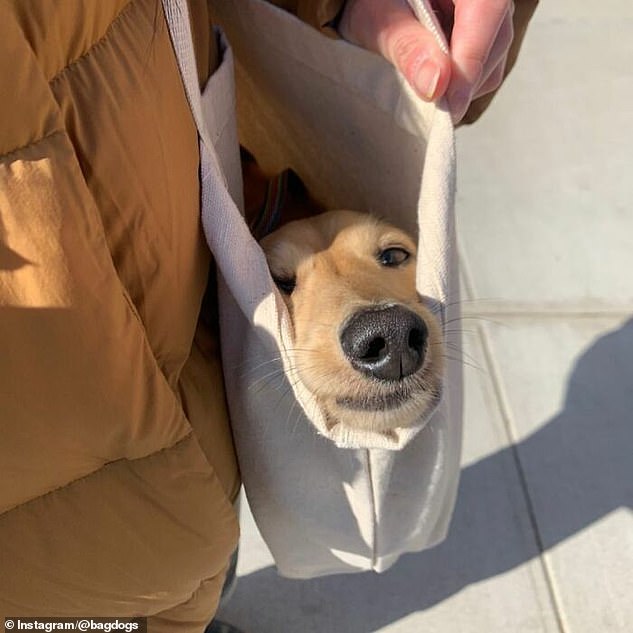 Oh hi there! This little Golden retriever pup was taking up a little too much space in their owner’s tote bag 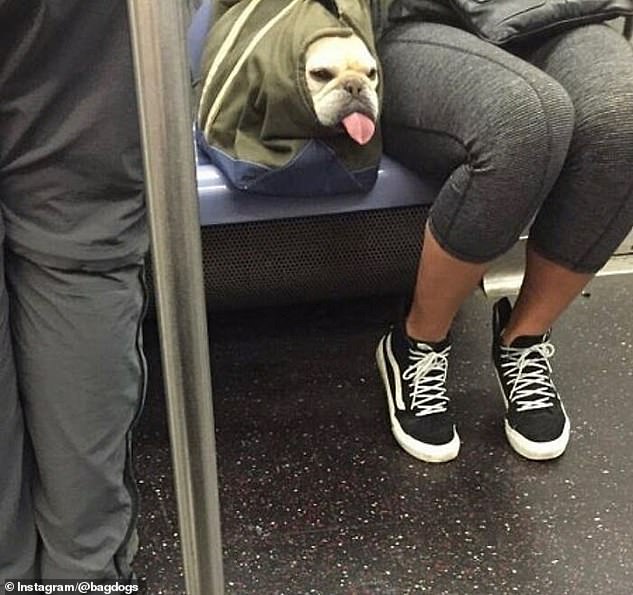 Feeling silly! A little French bull dog pup was left panting as he popped his head out of a bag while riding the New York subway train 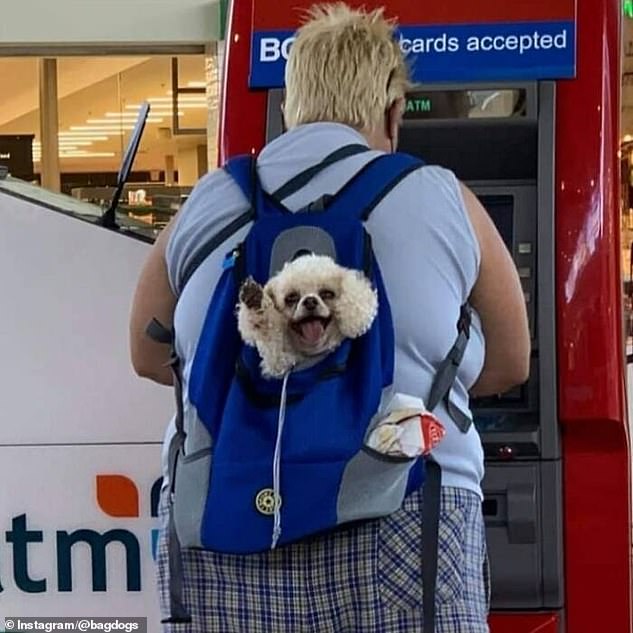 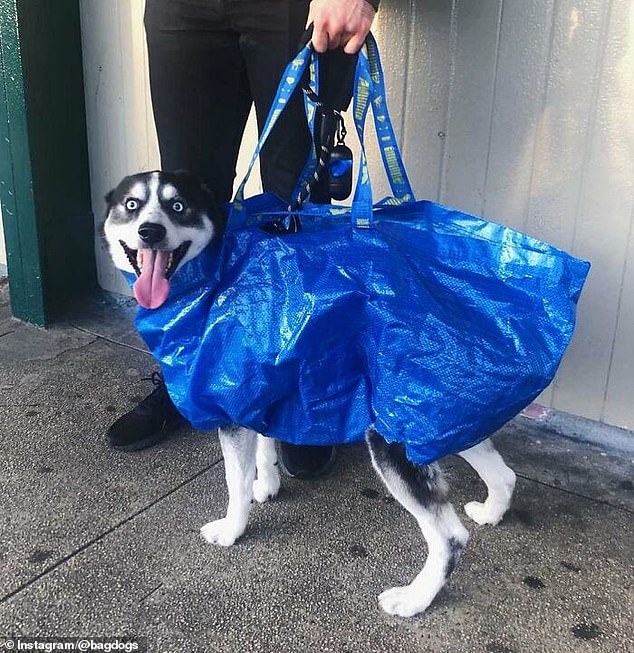 I’d like to pick you up! One American owner found a clever way to transport his wild-looking husky after cutting holes into an Ikea bag 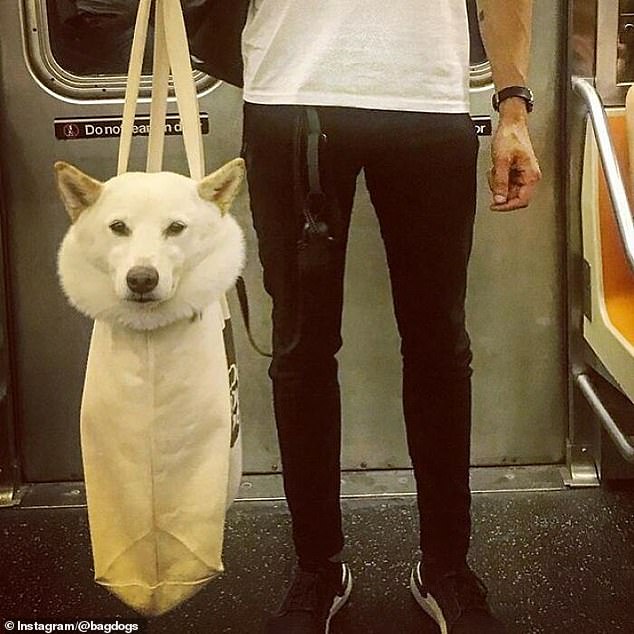 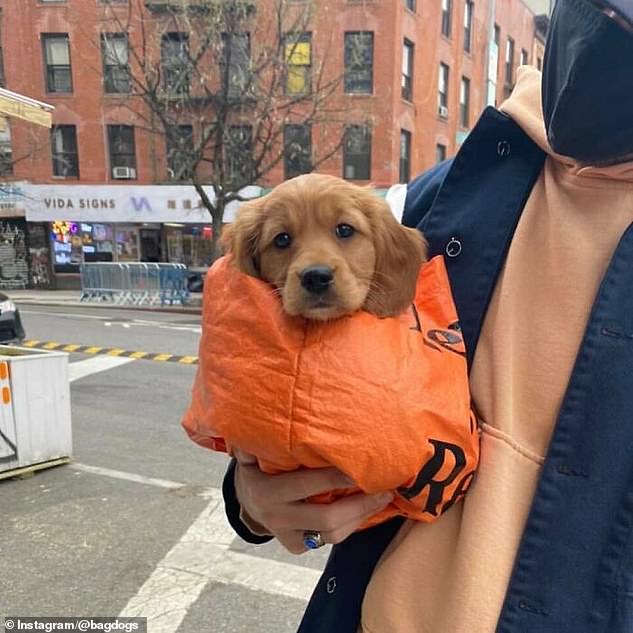 Adorable! One New York City puppy was far too little to consider putting his fresh paws on the dirty streets 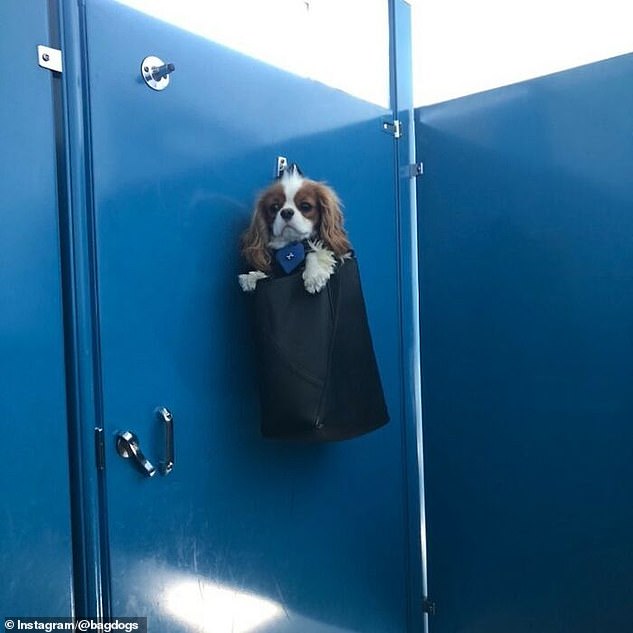 A distinguished gentleman! This little Cavalier King Charles Spaniel has been strung up to keep guard while his owner goes to the bathroom 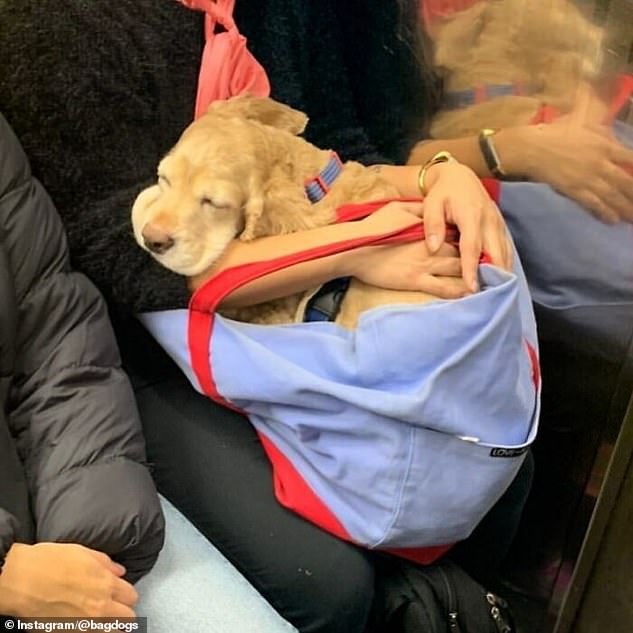 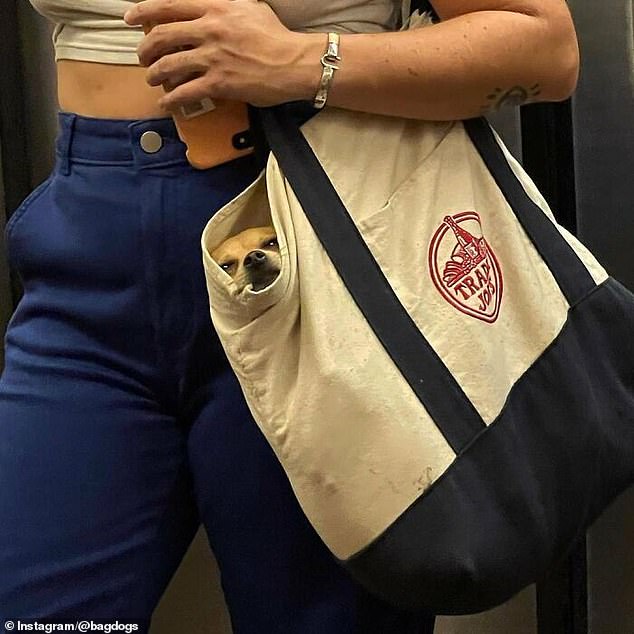 Blink and you’ll miss it! One American shared a snap of their hilarious mutt peeking his nose out of her tote bag 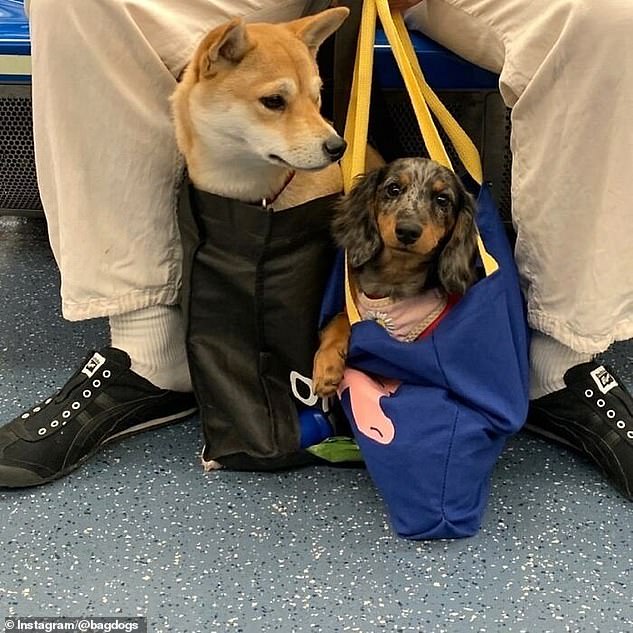 Making friends! One dog owner, in an unknown location, was left carrying two pooches in bags while riding the train 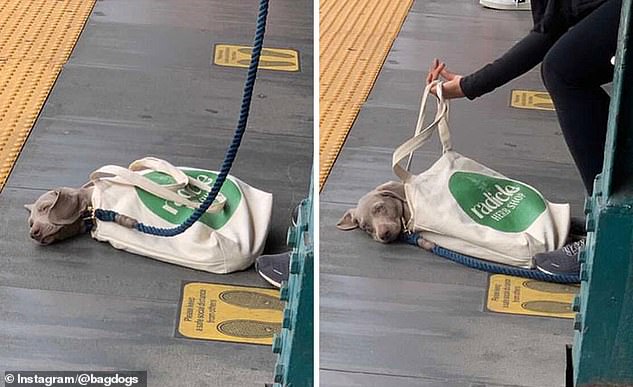 Catching 40 winks! This puppy dog, in London, couldn’t help but take a nap on the floor of a tube station 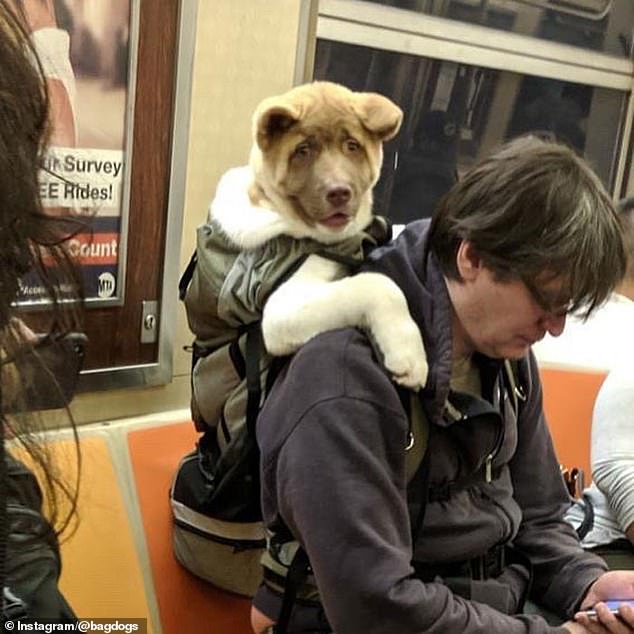 Who says you can outgrow being carried? This dog in the US appeared to be outgrowing his owner’s backpack 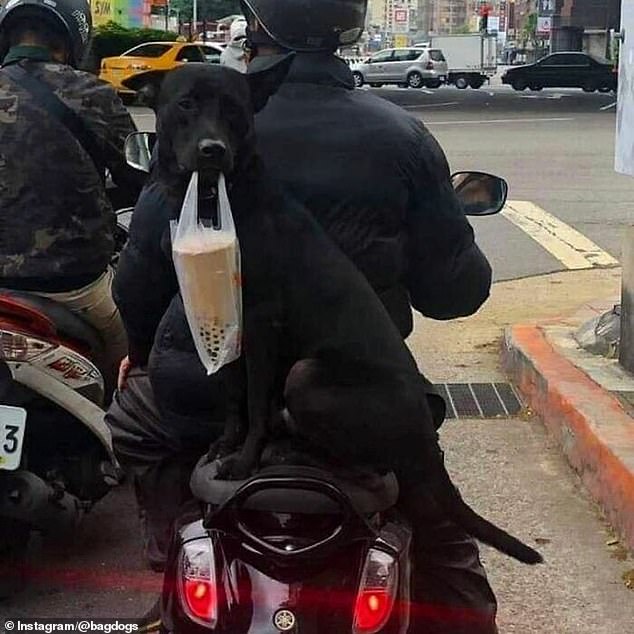 What a helpful friend! This New Yorker dog understood her duty to carry the all important bubble tea when she was the passenger of a motorbike 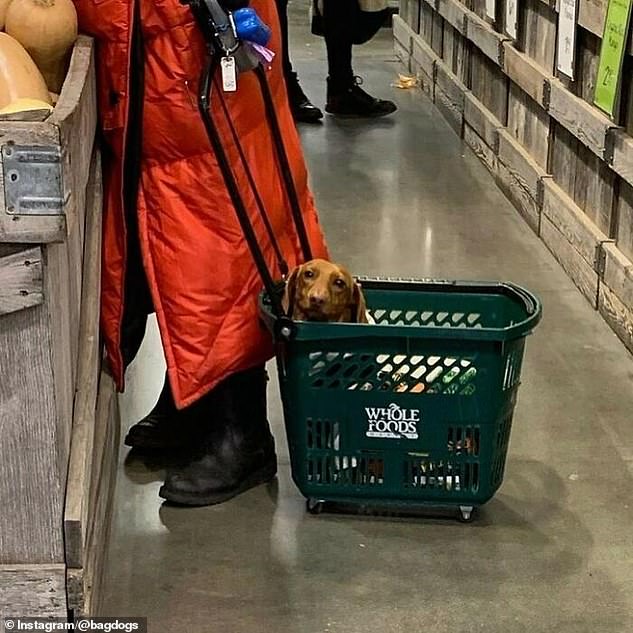 Catching a ride! Another cute pooch could be seen in the trolley in the vegetable aisle of Whole Foods 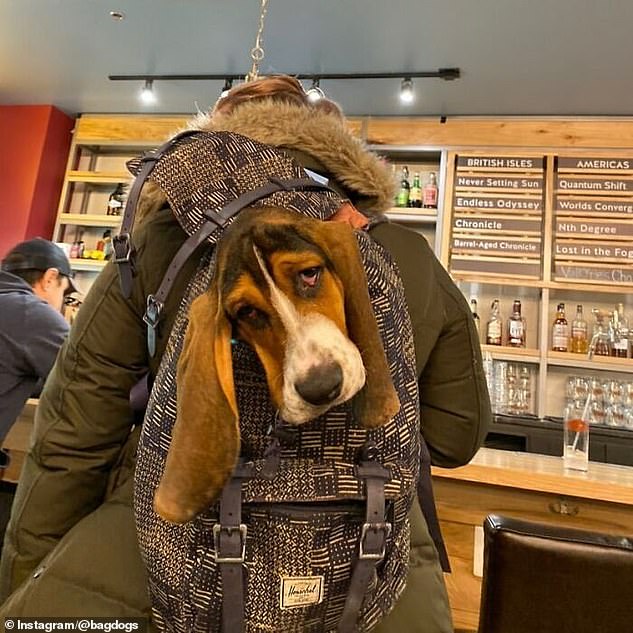 I need a coffee, stat! This adorable pooch, in an unknown location, appeared too exhausted to walk through the cafe