And now the statues fight back! Social media users post pictures of monuments ‘attacking’ THEM in opposition to campaign to tear down Britain’s ‘racist’ landmarks

A series of tongue-in-cheek pictures showing statues fighting back against people has gone viral among social media users who oppose the vandalism of landmarks  deemed ‘racist’.

The pictures emerged just a day after hundreds of far-right and pro-statue protesters gathered in London in anticipation of a Black Lives Matter demonstration, claiming they wanted to protect statues that have been targeted by vandals for being ‘racist’.

Fighting back: A series of tongue-in-cheek images showing statues fighting back against humans has gone viral, including this one of a young boy being ‘hit’ by a baseball player 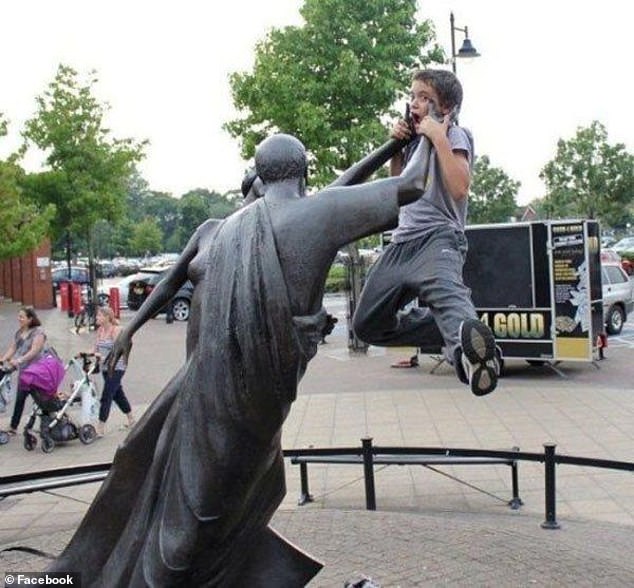 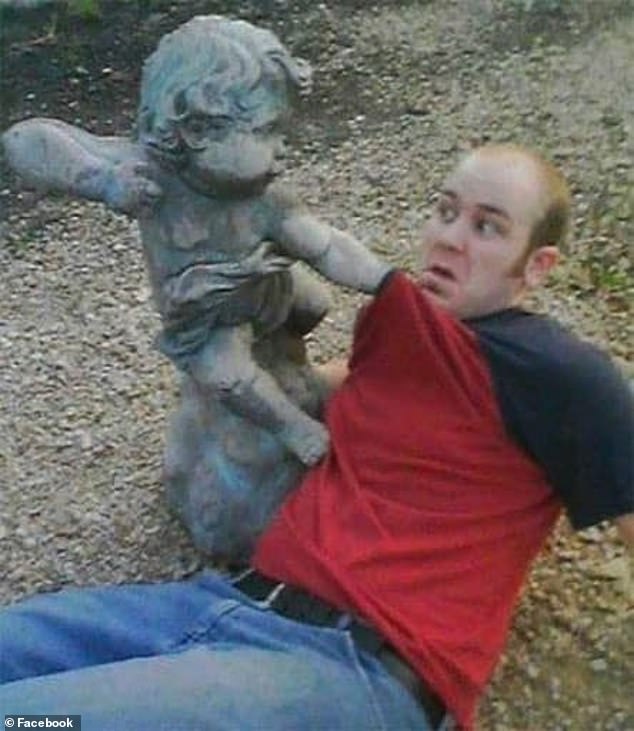 On Friday, statues in Parliament Square – including those of Winston Churchill, Nelson Mandela and Mahatma Gandhi – were boarded up to prevent them being targeted by protesters both from the Black Lives Matter movement and far-right groups.

In response, the social media campaign shows the statue community ‘fighting back’ with the effigies getting revenge on humans.

One image shows a photograph of a young boy being battered by the bat of a statue of a baseball player, while another shows a mythological figure battering a man with a war hammer. 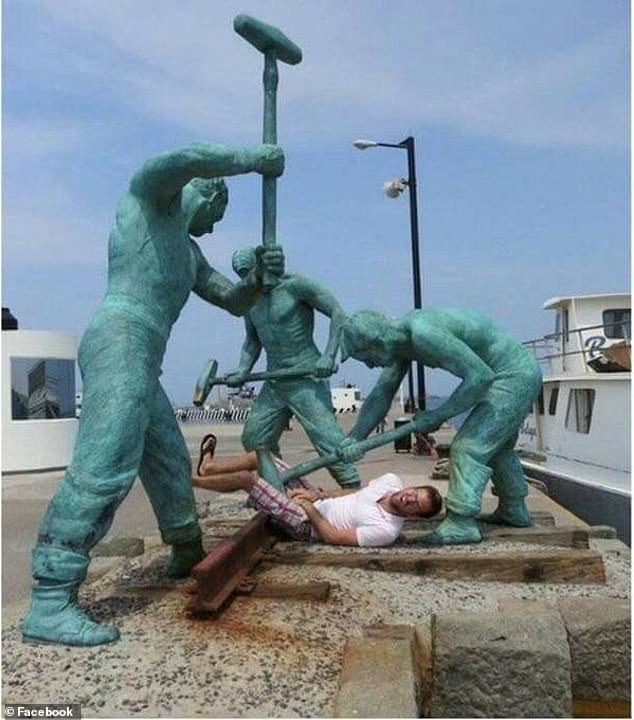 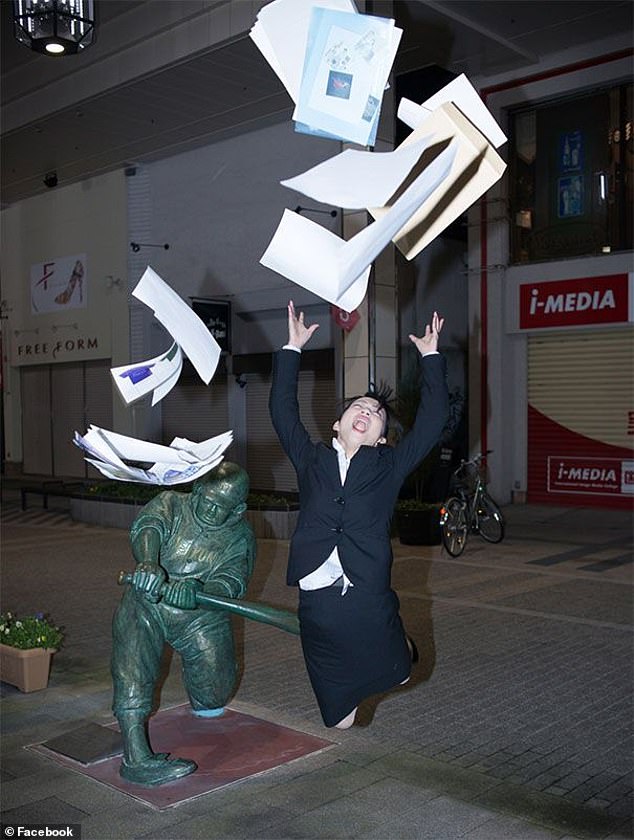 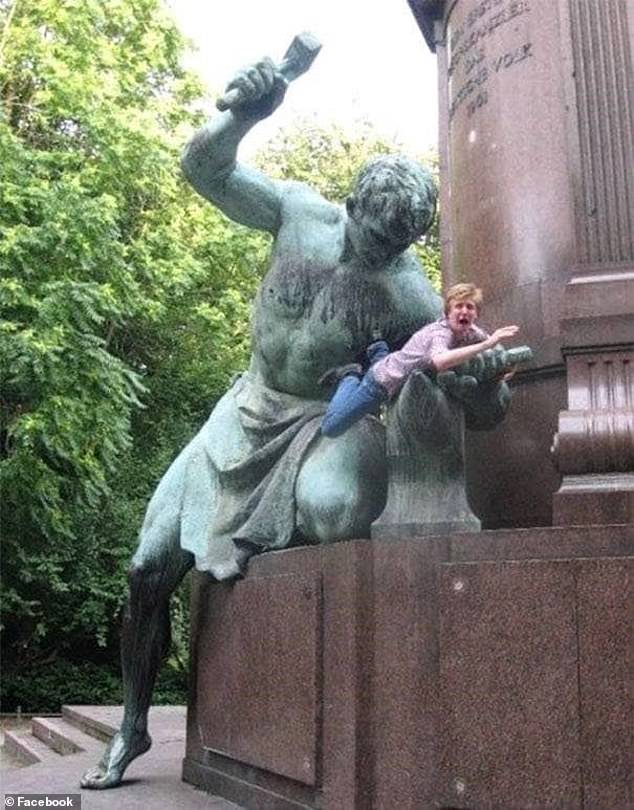 Others include someone dressed as Spiderman being throttled by a statue and another of a woman in a business suit being sent flying with her papers in the air by a baseball batsman.

Statues from the animal world also get in on the act with effigies of a horse, an octopus and even a giant spider taking revenge on human beings and seemingly launching attacks. 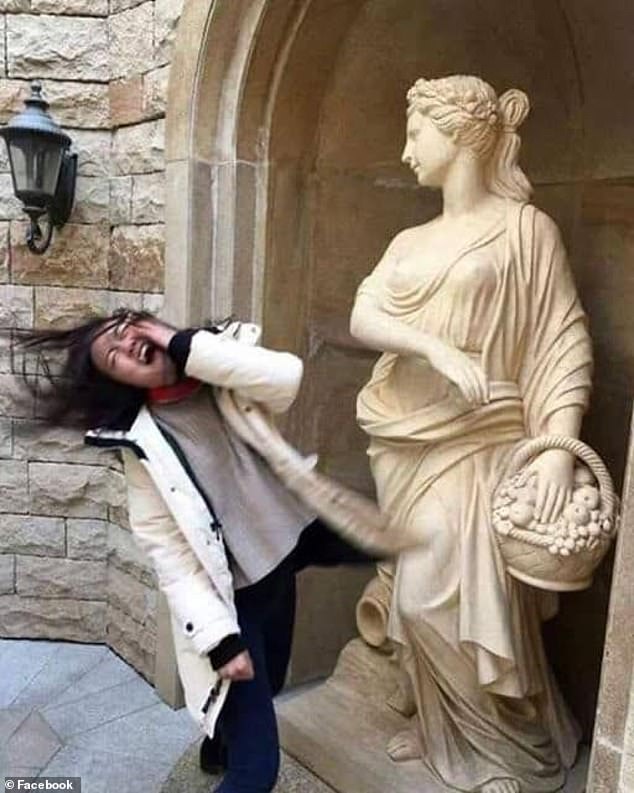 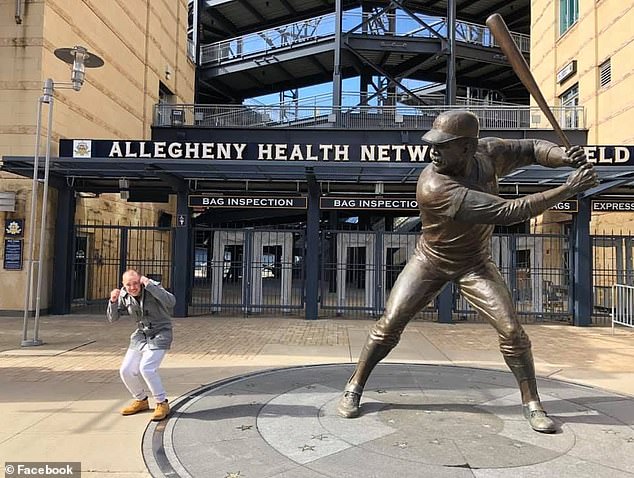 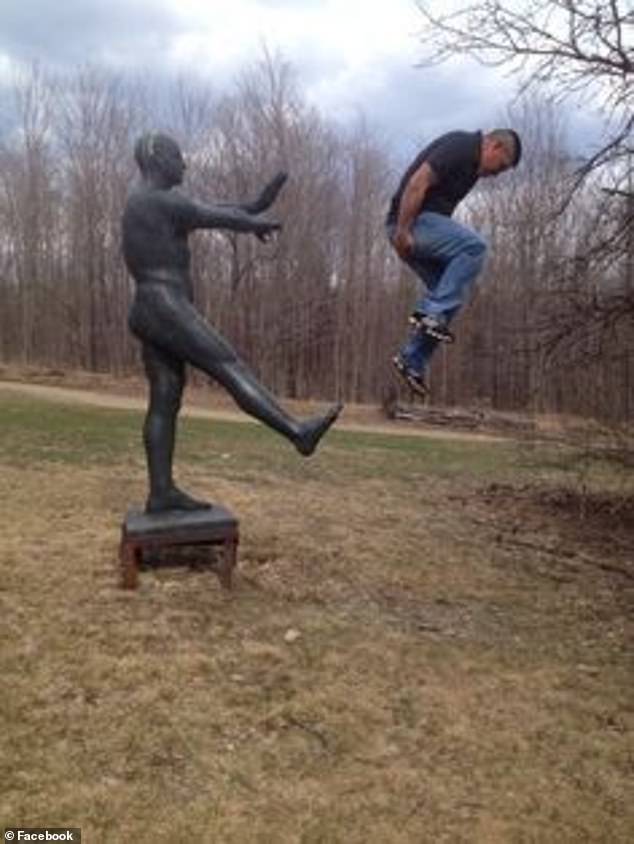 Facebook poster Iain Devine, said: ‘Brilliant! It is just such a pity statues really cannot fight back against the cowardly, ignorant vandals who have no respect for our heritage’.

Ciara Walton said: ‘Made my day and made me laugh much more than it should have!’. 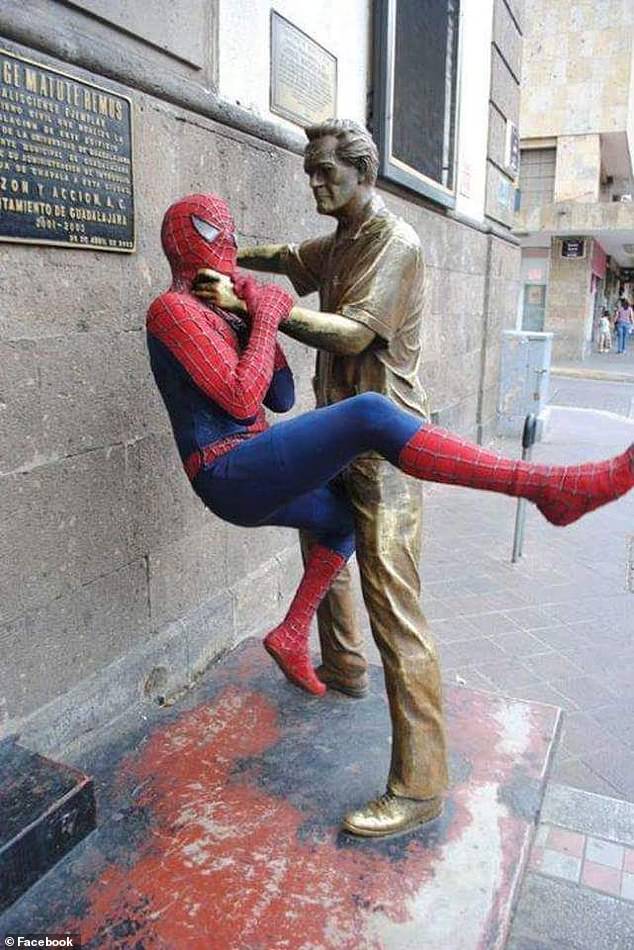 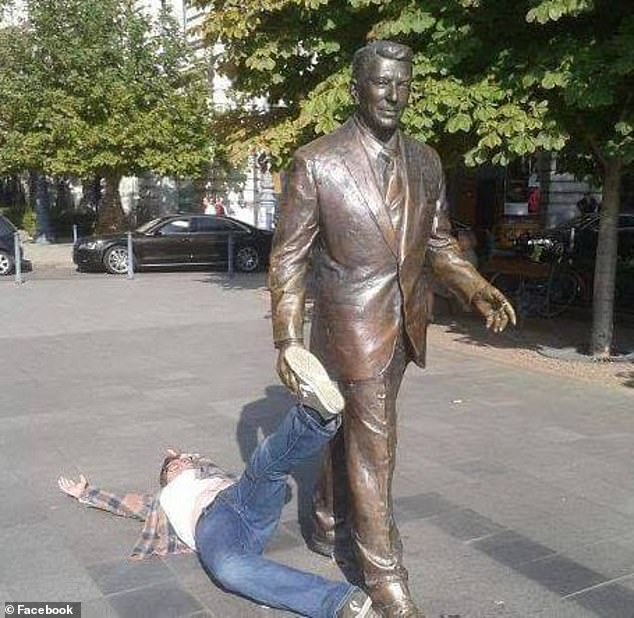 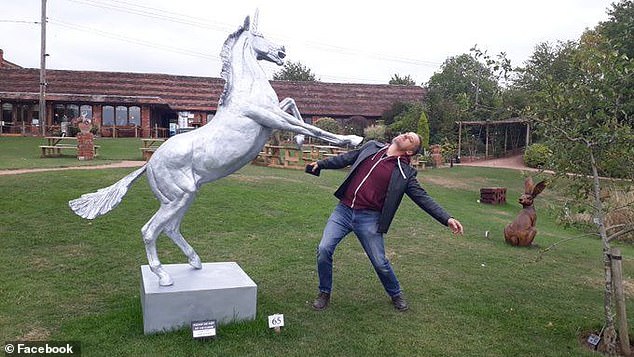 Barrie Wood said on Facebook: ‘While some have lost their common sense (or maybe a bit short of it in the first place) it’s nice to see others have retained their sense of humour’.

Richard Smith said: ‘I am sure there are a lot of statues that would like to be alive at the moment and I think Winston Churchill with a few brandies inside him would be one of them!’