The case against four social workers charged in connection with the brutal 2013 torture death of 8-year-old Gabriel Fernandez has been dropped, as the family’s attorney blasts the judge’s ruling a ‘catastrophic decision’.

Lomeli said he was dropping the charges after being directed to do so by a California appeals court – almost two years after he previously denied a motion to drop them back in September 2018.

Gabriel was murdered by his mother Pearl Fernandez and her boyfriend Isauro Aguirre in May 2013, after suffering a campaign of torture at their hands for many months.

The little boy was forced to eat his own vomit and cat feces, shot with BB guns leaving him with pellets lodged in his lung and groin, beaten with bats and burned with cigarettes before being beaten to death.

His horrifying death shocked the nation and triggered a string of internal investigations within Child Protective Services and charges being brought against the four social workers. 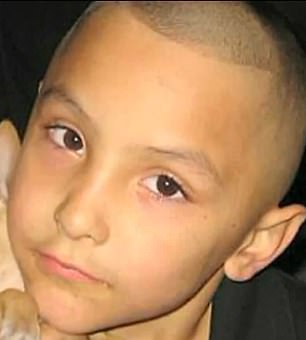 The case against four social workers charged in connection with the brutal 2013 torture death of 8-year-old Gabriel Fernandez (pictured) has been dropped, as the family’s attorney blasts the judge’s ruling a ‘catastrophic decision’

The dismissal of the charges was expected after a panel in the 2nd District Court of Appeal directed the lower court to toss them out in January.

‘We conclude that the petitioners never had the requisite duty to control the abusers and did not have care or custody of Gabriel,’ wrote Justice Francis Rothschild.

‘There is, therefore, no probable cause to hold them on charges of violating those laws and the trial court should have granted the motions to dismiss.’

Lomeli, who presided over the murder trial of Fernandez and Aguirre in 2018, pointed to the ruling of the higher court when he dismissed the charges Thursday.

‘The motion to dismiss has been granted,’ he said in the short socially distanced court hearing.

Brian Claypool, the attorney for Gabriel’s family, condemned the outcome as a ‘colossal disaster’.

‘The California appellate court decided the social workers have immunity from criminal prosecution. That is a catastrophic decision,’ he told KTLA.

‘It’s one of the worst decisions I’ve ever seen in my life.’ 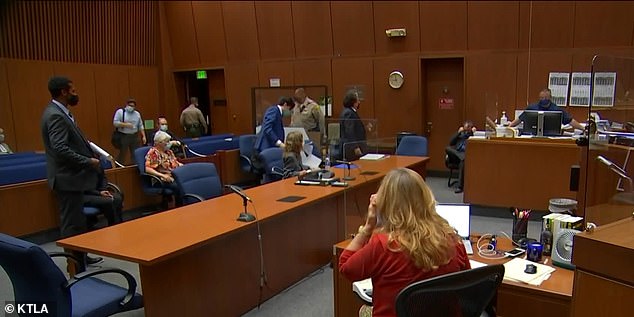 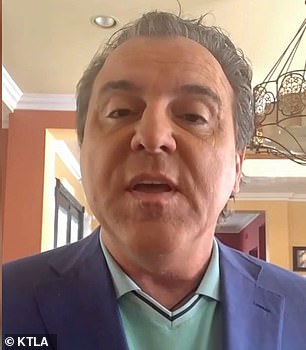 Brian Claypool, the attorney for Gabriel’s family, condemned the outcome as a ‘colossal disaster’ (above)

The Department of Children and Family Services issued a statement saying it respected the decision and is working to reform the system following the high-profile case.

‘We respect the court’s decision,’ the statement read.

‘Over the years, the Los Angeles County Department of Children and Family Services has taken significant steps to mitigate risk and improve our capacity countywide in order to best serve vulnerable children and families and as a department we remain committed to ensuring that reform continues.’

Prosecutors filed the charges against Rodriguez, Clement, Bom and Merritt back in April 2016, almost three years after Gabriel’s murder, saying the social workers had a ‘legal duty’ to protect the victim.

‘By minimizing the significance of the physical, mental and emotional injuries that Gabriel suffered, these social workers allowed a vulnerable boy to remain at home and continue to be abused,’ District Attorney Jackie Lacey said at the time.

Gabriel’s teacher had repeatedly called social workers in the months leading up to his death to say she was concerned he was being beaten at home.

She filed several complaints about the boy coming to school covered in bruises, scratches and a ‘busted lip’ and, reported one instance where Gabriel told her his mother shot him in the face with a BB gun.

Gabriel’s therapist also called 911 after discovering a suicide note written by the child, but social workers later dismissed the complaint. 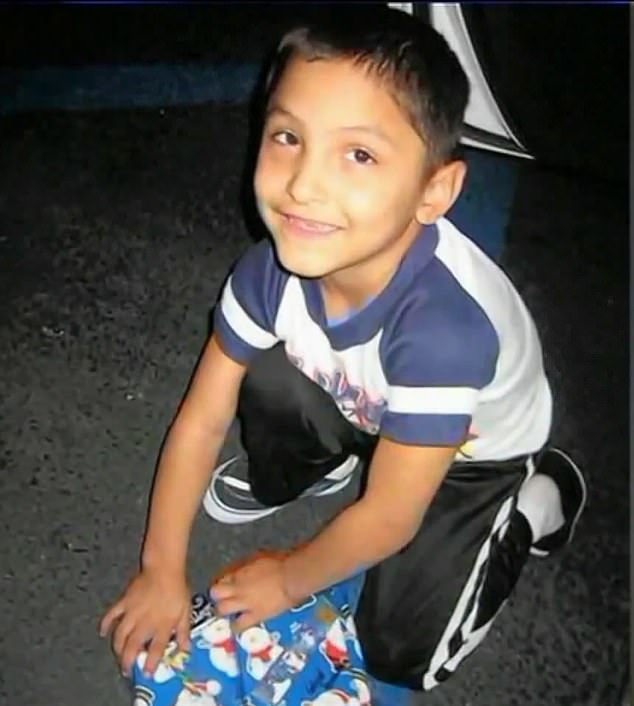 Gabriel Fernandez, 8, suffered eight months of torture including being forced to eat his own vomit and cat feces, shot with BB guns, beaten with bats and burned with cigarettes before being beaten to death

The month of his death, Gabriel told his therapist he was forced to perform oral sex on an older relative – information that was also passed to social services.

The case was repeatedly overlooked by the DCFS until the little boy’s death in May 2013 when Aguirre delivered a fatal blow.

Fernandez dialed 911 on May 22 claiming her son had fallen and hit his head on a dresser and stopped breathing.

It later transpired he had been fatally beaten that night because he failed to pick up his toys – but the torture had persisted over a period of eight months.

Paramedics who responded to the call said the abuse Gabriel suffered was unspeakable and nurses and doctors at the hospital said it was some of the worst they had ever seen.

At the time of his death his skull was fractured, his teeth had been knocked out and the inside of his throat was burned. He also had a laceration near his penis.

Gabriel was placed on life support after being declared brain dead at the hospital.

His life support was turned off two days later.

Pearl Fernandez was sentenced in 2018 to life in prison without the possibility of parole after pleading guilty to first-degree murder and admitting to a special circumstance allegation of intentional murder by torture.

Aguirre was sentenced to death after being convicted by a jury of first-degree murder with a special circumstance of torture.