The conduct of three social and mental health workers is being investigated following the death of a troubled teenager.

It comes after a damning serious case review published earlier this month found ‘more could and should have been done’ to help Charlotte Baron.

The 14-year-old, who was identified as being at ‘high risk’ of self-harm, was found hanged in her bedroom at her home in Falinge, Rochdale, in February 2016.

Now regulatory body the Health and Care Professions Council, which oversees social workers, has confirmed it is investigating the case.

It’s understood two social services staff involved in the case have been reported to the HCPC. Both no longer work for Rochdale council.

A spokesman for the HCPC said: ‘The HCPC is aware of the inquest in relation to the death of Charlotte Baron.

‘We are currently making enquiries as to whether there are any fitness-to-practise concerns in relation to HCPC registrants that need to be investigated.’

A spokeswoman for the Pennine Care NHS Trust said a member of the Child and Adolescent Mental Health Service has also been referred to the Nursing and Midwifery Council in connection with Charlotte’s death. 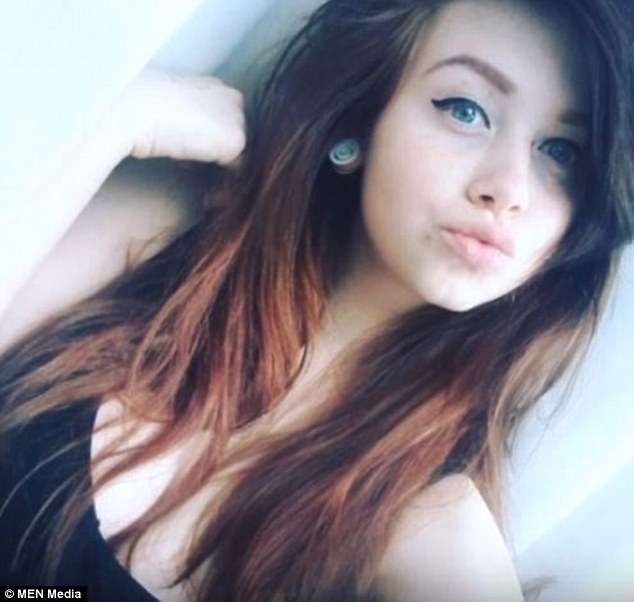 It’s understood the staff member has since resigned from her role at the trust.

Charlotte, who was known to social services and was being seen by a mental health worker, had a history of self-harming.

The St Cuthbert’s High School pupil, the child of an alcoholic mother and a violent father, suffered a chaotic and troubled upbringing and had tried to take her own life on two previous occasions.

At an inquest into her death, held in August, the coroner heard how Charlotte kept a ‘drawing diary’ and that on the first page there was a picture of a hand with self-harming scars on the arm.

One of her diary entries was read out dated December 30, the day after Charlotte was taken to hospital after drinking excessively, which said: ‘So today is December 30, tomorrow is New Year’s Eve. Yesterday I over-drank. I almost died. I just wanted to forget everything. I just do not want to go on. I was just so f***ing close, but, no, they had to save me. Why? I do not want to be here. Why won’t they let me die?’

The coroner ruled the authorities had ‘let her down’.

Despite this, and a realisation that Charlotte’s mother Veronica Kilbride wasa ‘very difficult client to work with’, the review found ‘management oversight of this case was poor’.

One social worker’s description of Charlotte’s death as a ‘shock’ was also described as ‘out of step with the reality’ and there was also a ‘gross naivety’ in a belief among social services that Charlotte’s mother would tackle her drinking problem.

The support from Pennine Care NHS Trust’s Child and Adolescent and Mental Health Service was also criticised by the review.

No one from CAMHS attended any of the multi-agency ‘Child in Need’ meetings which were held to discuss Charlotte and her family’s case.

Her mental health worker, said to be an ‘experienced practitioner’, was also criticised for not making a ‘robust challenge’ to social services when she felt Charlotte’s needs were not being met.

Standards of record-keeping in CAMHS were also found to be fallen ‘much short of agency standards’.

Councillor Donna Martin, Rochdale council’s cabinet member for children and young people, said: ‘Although the actions of agencies like the council and NHS did not cause or contribute to the tragic death of Charlotte Baron, each incident of this kind must be used to ask ourselves if we could or should have done more.

‘I know that is already being done and I will continue to ensure that the recommendations made in the serious case review report are implemented.’