Socialite Heather Kerzner devastated after £400,000 art and furniture sold for £1,200

When most people move home, their biggest concerns are discovering a few smashed plates or a scratch on a family heirloom when they unpack.

But for socialite Heather Kerzner, the fallout from the sale of her £14.6 million New York penthouse has been far more costly.

The 49-year-old, a close friend of the Duchess of York and Sir Elton John, put about £400,000 worth of luxury furniture and artwork – including two Damien Hirst ‘spot’ paintings – into storage after selling her apartment in trendy Greenwich Village last November.

But in what one source last night described as ‘a terrible oversight’, the £230-a-month rent on the storage unit went unpaid for several months, resulting in a legal ‘fire sale’ that allowed an anonymous buyer to scoop up the entire haul for just £1,200.

A source close to multi-millionairess Ms Kerzner told The Mail on Sunday: ‘Heather is devastated.

‘She has lost two David Bailey photographs, two Damien Hirsts and very expensive furniture, together worth about $500,000.

‘The art was especially sentimental as the prints were presents from David Bailey, and the Hirsts were very valuable and special to her.’

In addition to owning a £20million London home, the mother-of-two bought the New York property as a ‘pieda- terre’.

But a source said: ‘Heather wasn’t spending much time there, so she decided to sell.

‘The furniture and artwork were placed into a storage unit and she was under the impression the monthly bill was being covered.’

The Mail on Sunday understands the storage costs were initially being paid by James Henderson, her former fiance and ex-boss of PR company Bell Pottinger.

The company collapsed in disgrace in September 2017 after using racially charged adverts to promote a client in South Africa.

Mr Henderson resigned and has since set up his own PR firm.

He declined to comment last night, but sources said he had no idea that Ms Kerzner had placed her items into a storage unit that he had rented and the unpaid bills were down to a ‘lack of communication’.

It is legal for storage companies in America to sell the contents of units after three months if the bill has not been settled in full.

Jimmy Andrews, from Moishe’s, a New York storage company that was not involved with the Kerzner sale, said customers who failed to pay received several warnings before their possessions were auctioned.

‘We call, we email, we send them letters, but if there is no response we sell the items,’ he said.

‘We sell the whole room. People go in, have a look and bid on it. Things go for a few hundred dollars or a few thousand depending on what is in there.

‘Everything is legal. It’s real pot luck. These things happen all the time.’

Both focus on treasure-hunters biding for the contents of unclaimed storage units with mixed results.

In one show, a seemingly barren unit actually contained a vintage E-Type Jaguar hidden beneath a dust-covered sheet.

Like that buyer, the anonymous bidder for Ms Kerzner’s unit certainly hit the jackpot.

Photographs of her four-bedroom penthouse boasting views across Manhattan show it crammed with expensive furniture, cashmere throws and artwork. 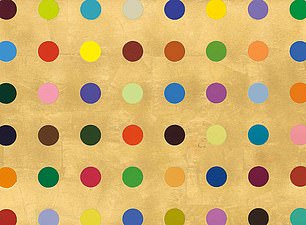 Ms Kerzner, who was born into a working-class New York family, is renowned for her ‘exquisite’ taste but has endured a turbulent private life.

Her first husband was an investment banker who later threw himself from a hotel after becoming embroiled in the Bernie Madoff financial scandal.

She was married to Mr Kerzner for 11 years, during which time she became well known as the host of glamorous parties to promote properties in her husband’s hotel and casino empire.

During one to launch a resort in Morocco, she arranged for 100,000 roses to be handed out to guests by trained monkeys.

A fixture on London’s social scene, she is friends with Naomi Campbell, Elizabeth Hurley and Trinny Woodall, and was introduced to Mr Henderson by Sarah Ferguson at a gala dinner in 2015.

The couple had been due to marry last November, but the collapse of Bell Pottinger meant the plans were put on hold.

The Mail on Sunday revealed in April that the couple had since split.

Asked about the storage-unit episode last night, Ms Kerzner said: ‘I have no comment.’