Ash Barty cradled her 12-week-old niece as she tried to shrug off the acute disappointment of ending Australia’s 42-year wait for a homegrown women’s winner at their Open.

Instead of Barty carrying the nation’s hopes into Saturday’s championship match there will be the unlikely final of No 14 seed Sofia Kenin against former Wimbledon champion Garbine Muguruza.

The Moscow-born, Florida-raised Kenin broke local hearts by fighting off set points in both sets to outpoint world number one Barty 7-5 7-5 in an hour and three quarters on a boiling hot day which saw some matches on outside courts suspended.

Muguruza, whose form had slumped sufficiently for her only to be ranked 32 coming in, produced an inspired performance in difficult conditions to defeat Simona Halep 7-6 7-5.

Barty came into the post-match press conference with her niece as a way of putting things into perspective, saying ‘This is what life is all about. She brought a smile to my face as soon as I came off the court.’

She denied that the pressure of expectation had got to her, but had to acknowledge that she could easily have won in straight sets. 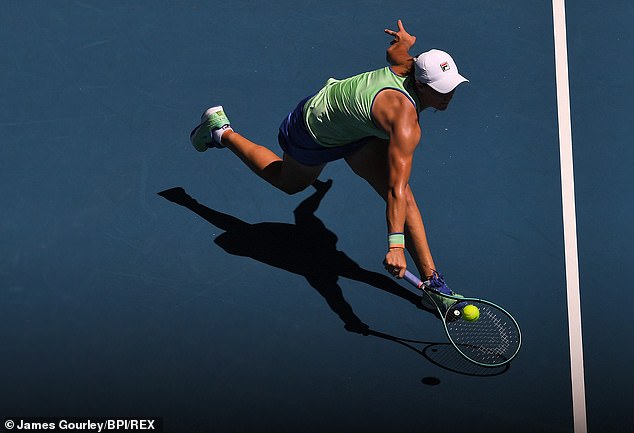 ‘I’ve been in a Grand Slam semifinal before,’ she said. ‘Yes, it’s different at home. I enjoyed the experience. I love being out there. I’ve loved every minute of playing in Australia over the last month.

‘I could have had an opportunity to go one more match, but we didn’t quite get that today.’

Kenin, a ball of intensity, believes that her win over Serena Williams at the French Open last year was the turning point of her career. 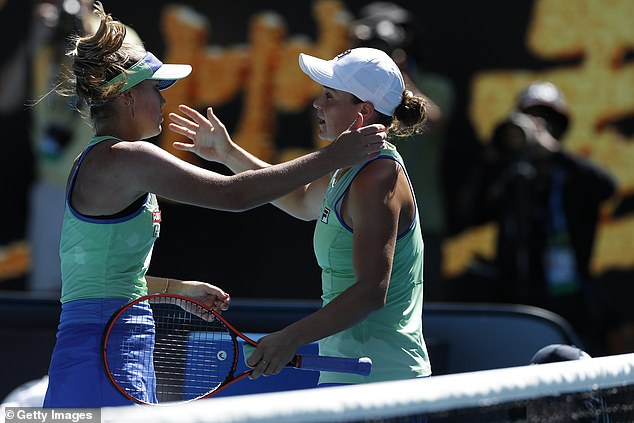 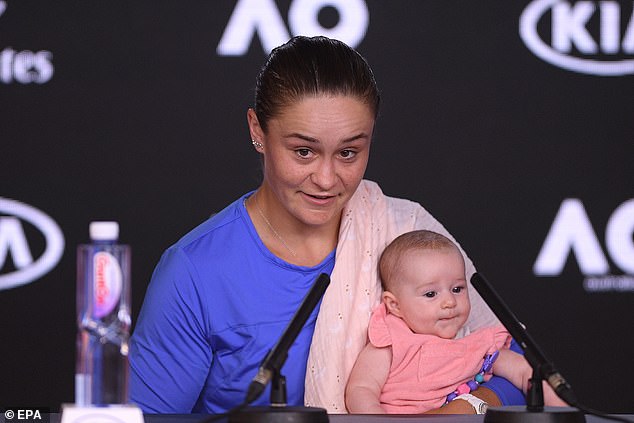 ‘It all kind of fell into place after that,’ she said.

She saved three set points before winning the tiebreak 10-8 and then came back from 3-5 down in the second to win the last four games.