Sofia Richie and her boyfriend Elliot Grainge opted for a Friday afternoon shopping trip on Melrose Place in West Hollywood.

The 22-year-old model was seen affectionately reaching for the music executive’s hand as he took a phone call.

The couple have been romantically linked since March despite running in the same circle of friends prior to that.

I got you: Sofia Richie, 22, is joined by her boyfriend Elliot Grainge, 27, for a shopping outing on Melrose Place in West Hollywood

The youngest daughter of Lionel Richie kept it casual in a pair of baggy ripped jeans and a grey T-shirt which was tucked in the front.

She slipped her feet into a pair of Hermes back sandals and carried a chic white leather tote bag over her shoulder.

Sofia left her blonde locks down and was seen with a face mask and a pair of sunglasses on her face while juggling two cell phones in one hand.

And the British-born music executive dressed up a pair of black joggers and sneakers with a black collared shirt. 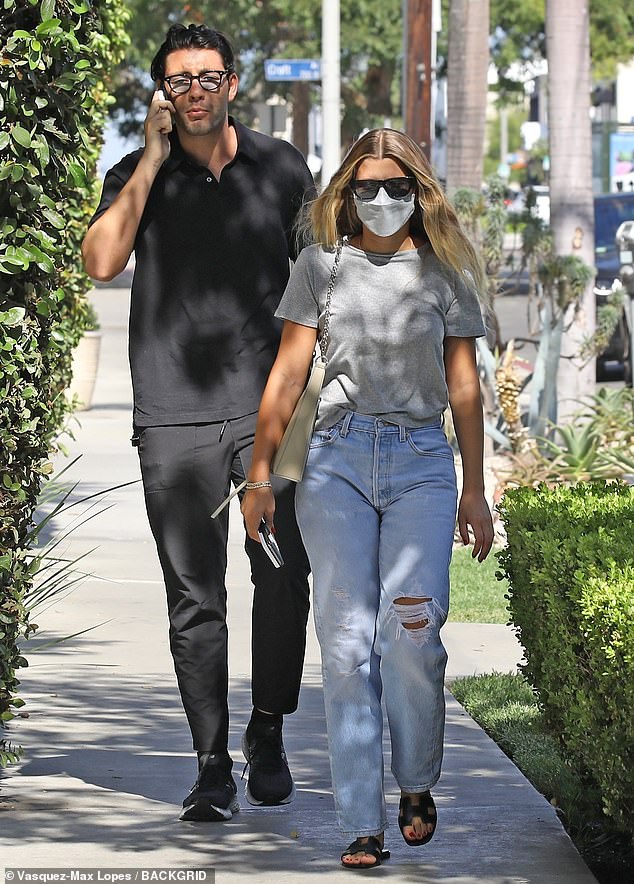 Laidback luxury: The model went casual in a pair of baggy ripped jeans and a grey T-shirt with Hermes sandals 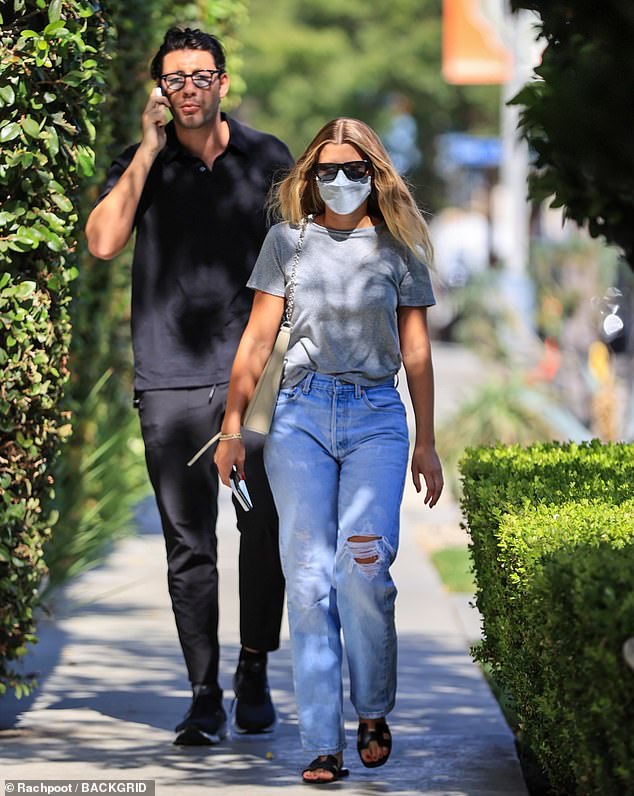 Age appropriate! At 27, the song of Universal Music Group CEO Lucian Grainge is much closer in age to Sofia than her ex Scott Disick 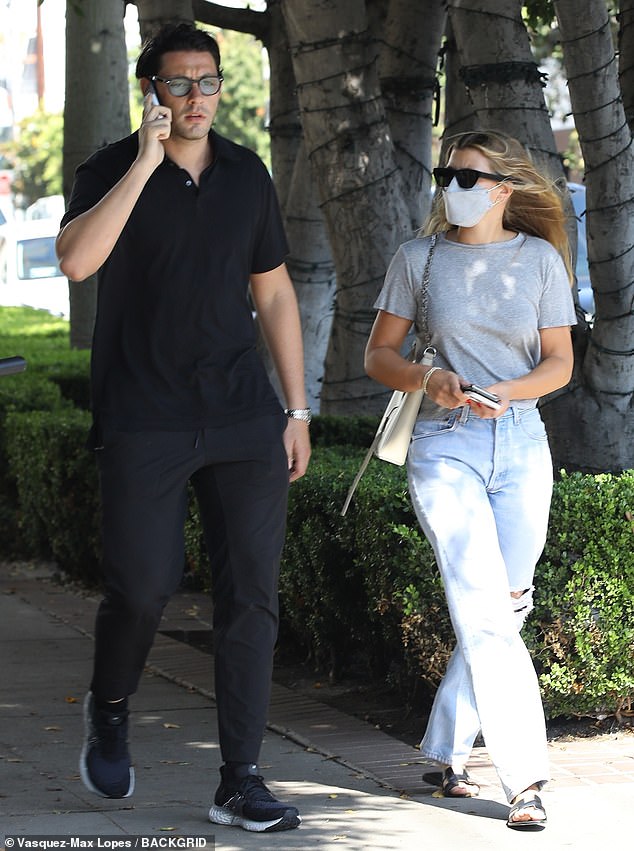 Preoccupied: Elliot appeared a bit preoccupied with a phone call as they walked

He looked preoccupied as he took a phone call while Sofia gingerly led him over a puddle while they crossed the street together.

And after tooling around on the celeb-favorite street the pair were seen climbing into a black Range Rover.

At 27, the song of Universal Music Group CEO Lucian Grainge is much closer in age to Sofia than her ex Scott Disick, 38.

After she and the reality star broke up last summer — just days shy of her 22nd birthday — Sofia was linked to a slew of eligible bachelors including Cha Cha Matcha founder Matthew Morton and Israeli shipping heir Gil Ofer.

Easy does it! The daughter of Lionel Richie was seen navigating a precarious looking puddle in sandals 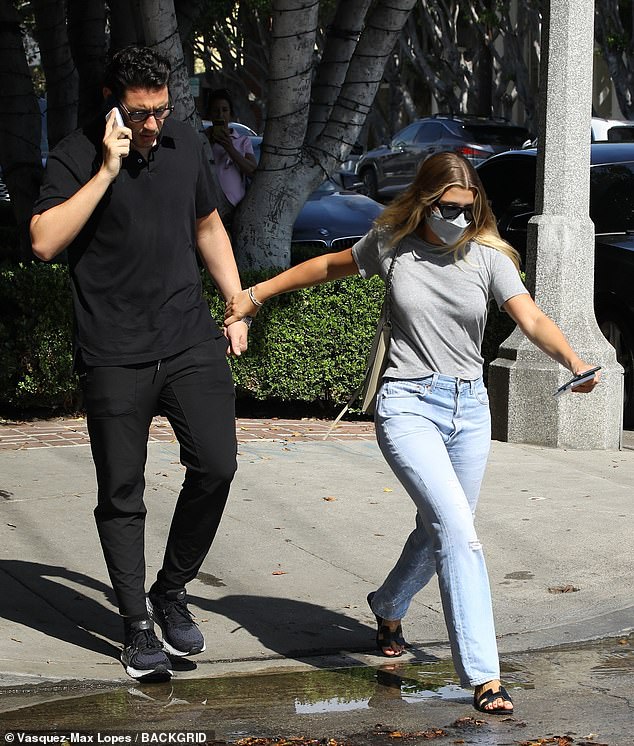 Helping hand: She gingerly guided him over a puddle that obstructed their walking 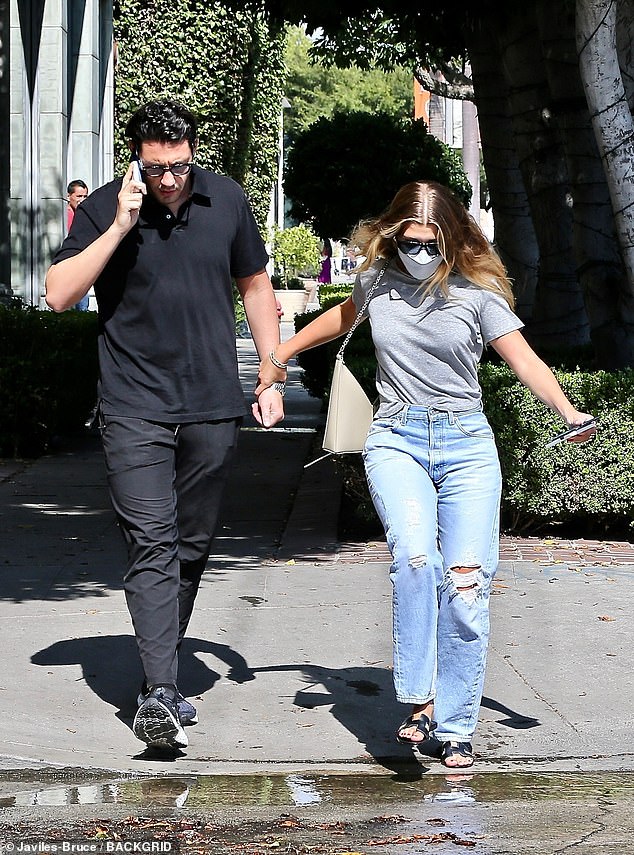 Thick as thieves: The pair have been inseparable since the spring

Sofia first posted a snap of Elliot to her Instagram in March and they have continued to take their love all over as they’ve vacationed in St. Tropez, Santa Barbara and Palm Springs.

One month after they debuted their romance a source told Us Weekly that the pair were ‘very happy together,’ and things were getting more ‘serious.’

‘They started out as friends before they became a couple, and are now getting serious. Their relationship took off and they have been getting closer and closer and spend practically every day together.’

It was also noted that her family approved of the relationship after having concerns over she and Scott’s age difference — which ultimately contributed to their split. 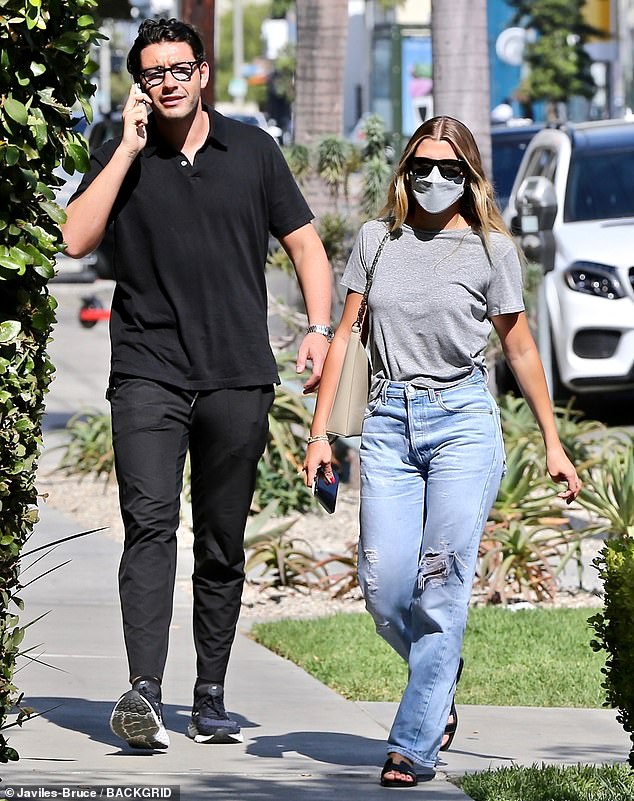 Happy: One month after they debuted their romance a source told Us Weekly that the pair were ‘very happy together,’ and things were getting more ‘serious’ 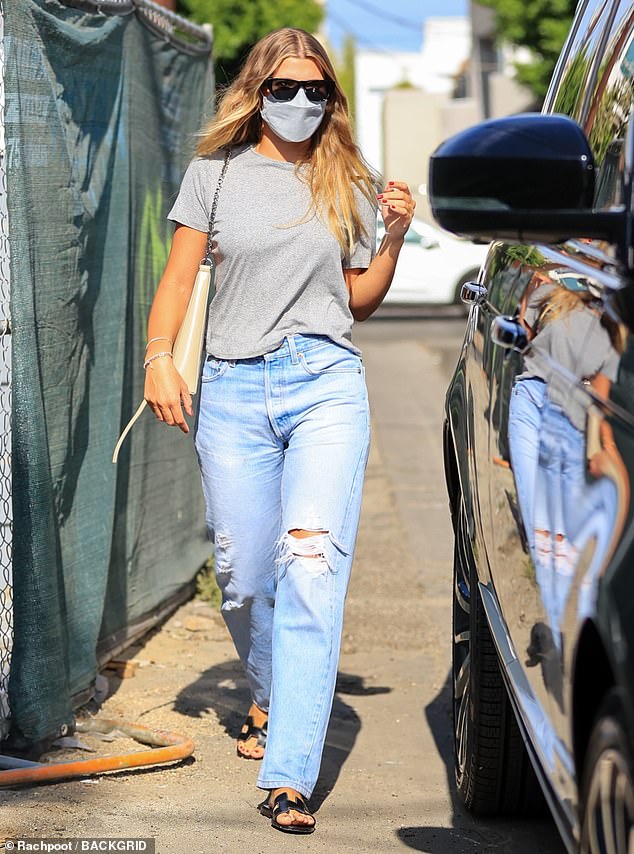 There’s my ride: The pair were then see climbing into a black Range Rover after a midday outing