She’s known for showing off her impressive impressive figure on and off the runway.

And Sofia Richie was true to form on Tuesday as she flaunted her taut midriff on the streets of Los Angeles.

The 20-year-old model donned denim bottoms with a cropped white shirt for her solo outing.

Showing off: Sofia Richie was true to form on Tuesday as she flaunted her taut midriff on the streets of Los Angeles

She donned a white tank top and her black bra strings peeking out over her shoulders.

The daughter of Lionel Richie added a pair of loose fitting washed blue jeans that came to just below her navel.

A pair of grey and white snakeskin boots added a touch of country chic to the otherwise laid back look.

Gold cross pendant earrings hung fro her ears and her golden locks were pulled tight into a bun.

A navy blue Fendi purse hung from around one shoulder, and  she painted her lips a glossy pink. 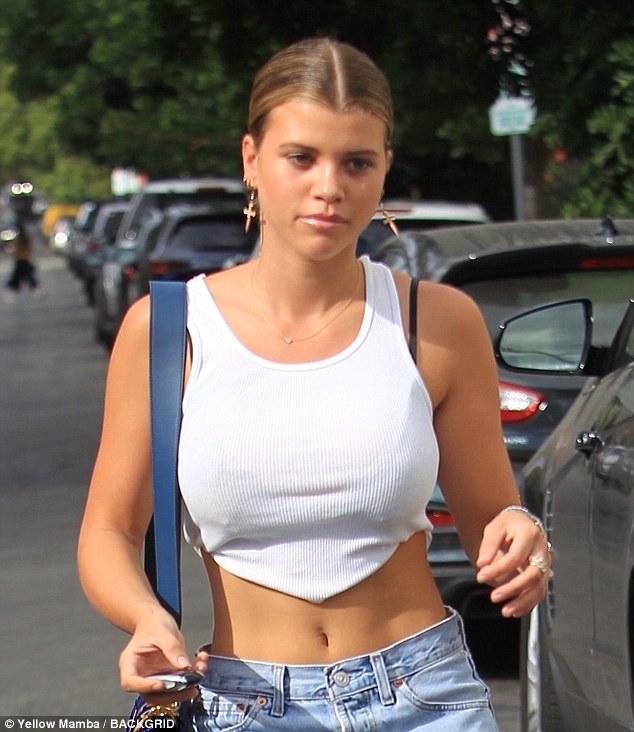 Stunning: The 20-year-old model was headed to her car as she left onlooker’s mouths agape in her dressed down ensemble

The model has been spending a lot of time on her own the last several days, as her boyfriend Scott Disick has been out out of town.

The 35-year-old reality television personality has been in New York with his ex Kourtney Kardashian and their three children: Maosn, 8, Penelope, 6, and Reign, 3.

The former couple even stayed in the same hotel, and were seen heading aorund the city together. 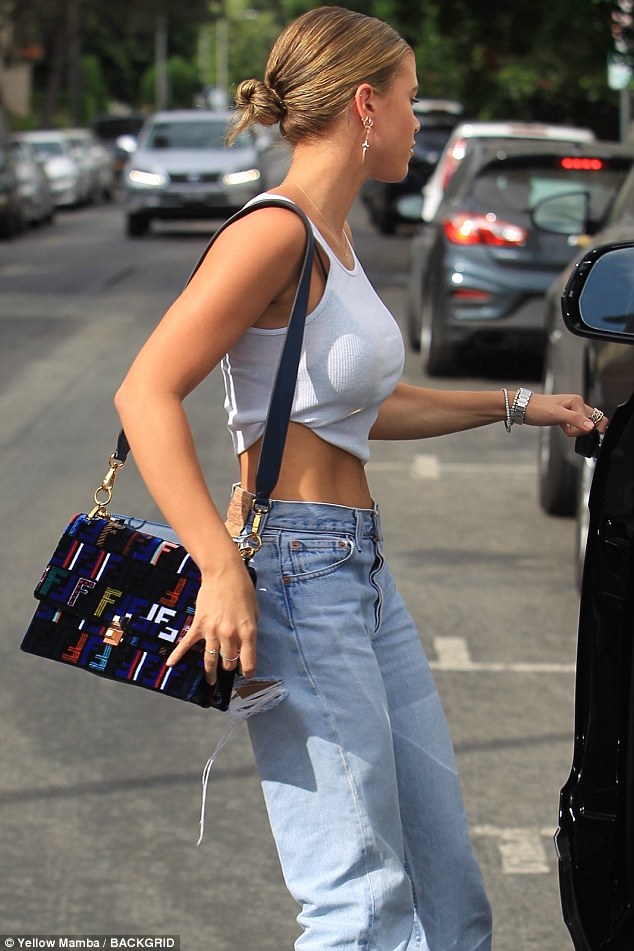 Gorgeous: She donned a cropped white tank top and her black bra strings peeking out over her shoulders