Sofia Vergara and Heidi Klum were seen spending time at a red carpet event for America’s Got Talent at the Dolby Theatre in Hollywood on Tuesday evening.

The reality television presenters appeared to be savoring the spotlight as they each posed for a few shots before heading into the venue for the taping of the hit NBC competition series.

The longstanding talent show is currently midway through its 16th season, and a spinoff series focused on high-flying stunts is set to make its debut in the near future.

Showing up: Sofia Vergara put on an eye-catching display as she spent time at a red carpet event with Heidi Klum for America’s Got Talent at the Dolby Theatre in Hollywood on Tuesday

Vergara wore a stunning blue dress that clung tightly to her hourglass figure as she spent time on the red carpet.

The 49-year-old actress also wore a pair of eye-catching gold high-heeled shoes during the event.

The Modern Family star added various elements of shine to her outfit with numerous articles of jewelry.

Her lengthy brunette locks gracefully cascaded onto her shoulders and chest as she posed for a few photos. 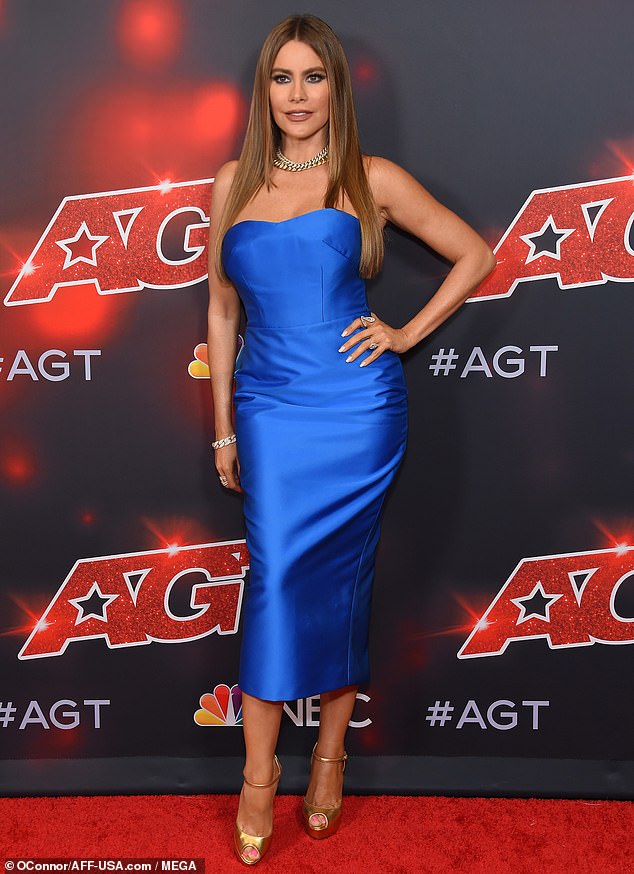 Klum opted for a sleek white suit jacket and matching bottoms that showed off her toned legs during her time on the red carpet.

The fashion industry figure, 48, offset the stark color of her clothing with a set of green high-heeled shoes.

She accessorized with several rings and opted to wear emerald-colored eyeshadow as she spent time in front of the cameras.

Her luscious blonde hair fell onto her chest and backside prior to the taping. 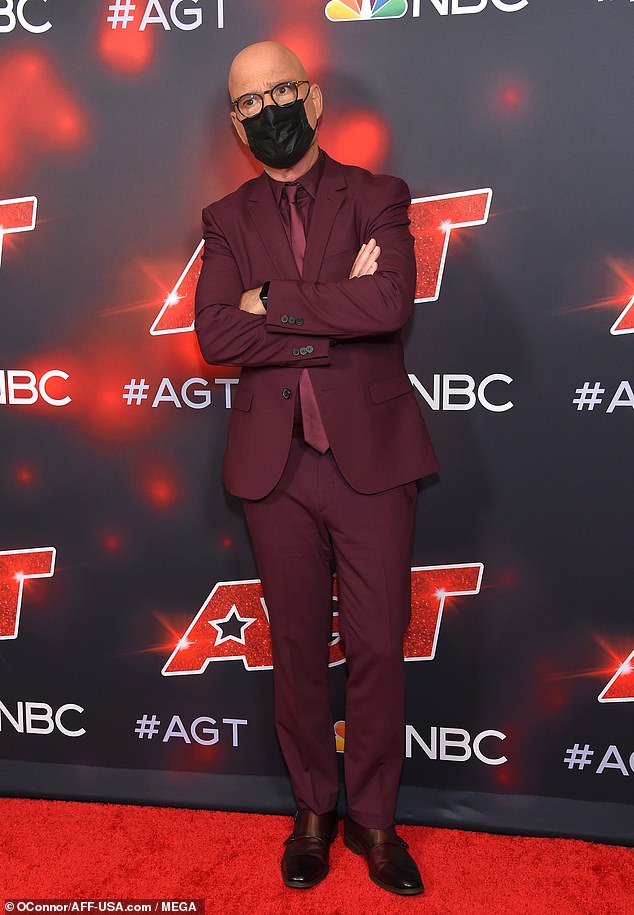 Howie Mandel also made an appearance at the red carpet event, and sported a sleek burgundy suit and matching pants.

The 65-year-old comedian complemented the deep shade of his outfit with a pair of dark brown loafers.

He also sported a pair of black eyeglasses that added a slight amount of darkness to his clothing ensemble.

The performer wore a facial covering while taking pictures, and at one point he humorously pulled his mask over his eyes. 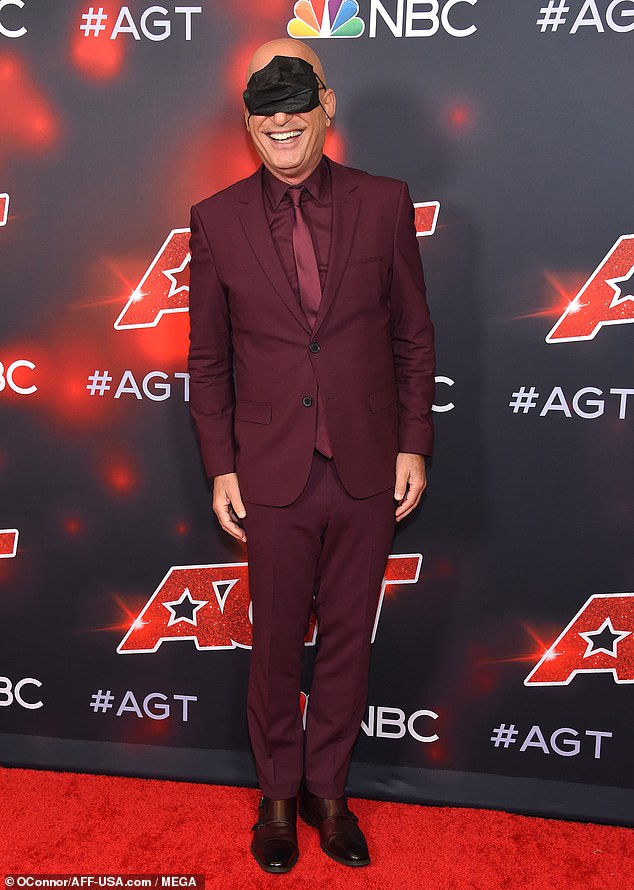 Joking around: At one point, the comedian humorously pulled his facial covering over his eyes

America’s Got Talent is currently midway through its 16th season.

Simon Cowell, who created the program, also serves as one of its judges, and host Terry Crews continues to operate in the same capacity.

Production on the series was greatly affected by the ongoing state of the global pandemic, and numerous changes have been made to the program in an effort to ensure the safety of its cast and crew.

A group Golden Buzzer was used for the first time during the production of the current run of episodes. 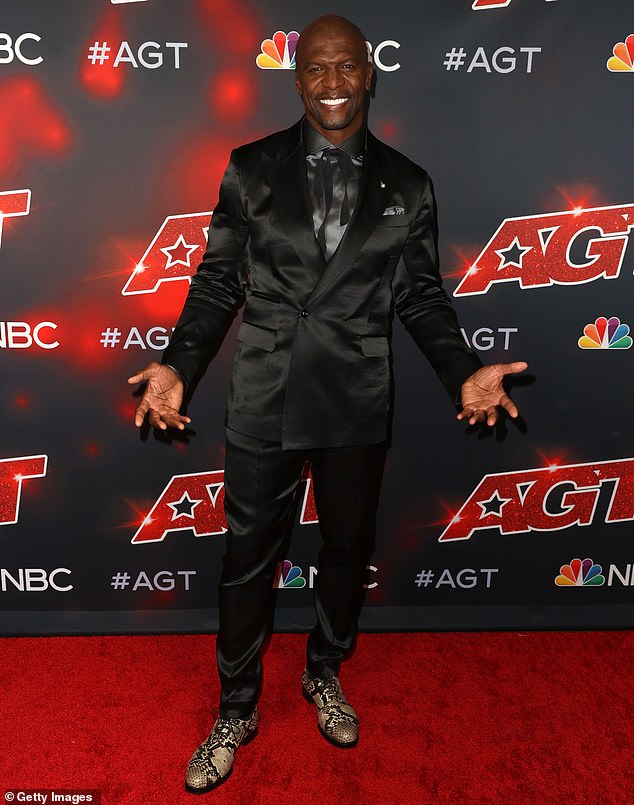 Back at it: In addition to the other judges, Terry Crews returned to the show as its host, which he has been since 2019

A spinoff series, entitled AGT: Extreme, was initially ordered by NBC this past May.

The forthcoming talent show will primarily be focused on daredevil acts and other high-flying stunts.

Cowell will serve as one of the series’ judges, although no others have been announced as of yet.

A premiere date for AGT: Extreme has not been made available to the public. 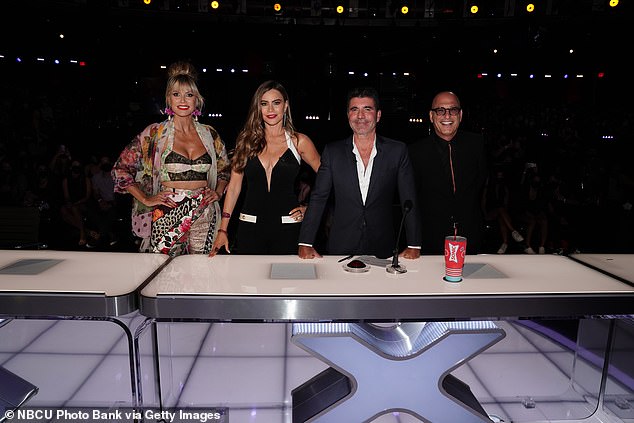 New developments: A spinoff series entitled AGT: Extreme will focus on daredevil stunts and is set to premiere in the near future