Soldiers in court over claims they joined neo-Nazi group

Three men including two British soldiers have appeared in court charged with terror offences over their alleged membership of a banned neo-Nazi group.

Lance corporal Mikko Vehvilainen and Private Mark Barrett are accused along with Alexander Deakin of being part of the proscribed organisation National Action.

They were allegedly all members of a chat group exchanging racist messages, including plans for a white-only Britain and a race war.

Vehvilainen is also charged with possessing a document containing information likely to be useful for terrorism and publishing material which is threatening, abusive or insulting.

He allegedly posted comments on the website Christogenea.org intending to stir up racial hatred and had a copy of 2083: A European Declaration of Independence by Andrew Berwick (Anders Breivik).

The 32-year-old is also charged with possessing pepper spray.

Barrett, 24, faces a single charge of membership of National Action, contrary to the Terrorism Act 2000. 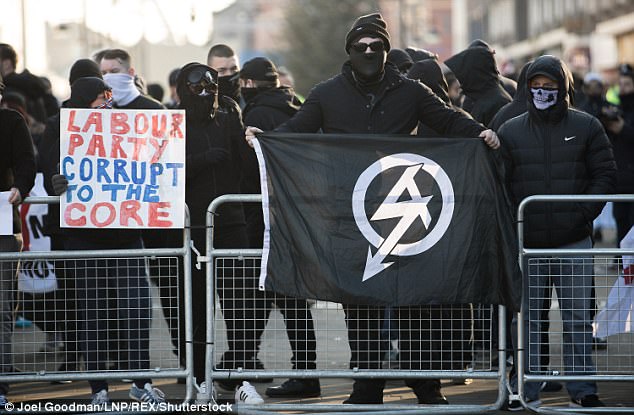 Neo-Nazi group National Action are described as’ racist, anti-Semitic and homophobic’ by the Home Office

Deakin faces the same charge as well as possession of documents likely to be useful to a person preparing to commit an act of terrorism and distribution of a terrorist publication.

The 22-year-old allegedly had a copy of ‘white resistance manual for fun’ and sent ‘ethnic cleansing operations’ to people over Skype. 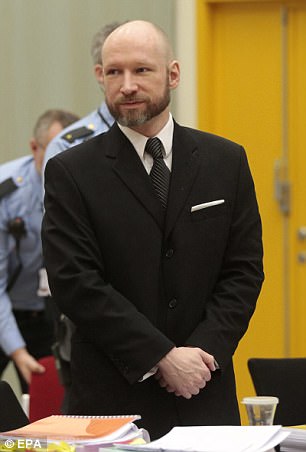 After confirming his details to the court Deakin said: ‘I’m a prisoner of conscience, I believe I’m innocent of these charges.’

He and Vehvilainen gave no indication of plea, while Barrett pleaded not guilty.

Vehvilainen, based at Brecon, Powys, and Deakin, from Great Barr in Birmingham, were remanded in custody.

Barrett, who is based at Dhekelia Garrison, Cyprus, will have a bail hearing later today.

They are all due to appear on September 21 for a preliminary hearing at the Old Bailey.

National Action, described by the Home Office as ‘virulently racist, anti-Semitic and homophobic’, became the first extreme right-wing group to be banned under terrorism laws in December 2016.