Solo: A Star Wars Story Emilia Clarke and stars talk about the movie

She arrived in JFK on Sunday.

And by Monday Emilia Clarke was in full promo mode when she was spotted going to the SiriusXM studios in Midtown New York.

The 31-year-old British actress plays Qi’Ra in the new spin-off, Solo: A Star Wars Story, which opens on Friday.

Bright and shiny: Emilia Clarke looked stunning in a black T-shirt and glossy striped skirt in rainbow hues at SiriusXM studios in NYC ready  to talk up Solo: A Star Wars Story on Monday

Qi’Ra is the glamorous childhood friend of the young Han Solo, played by Alden Ehrenreich, 28, in the origins story of the character famously created by Harrison Ford, now 75.

The platinum blonde looked stunning in a black, short-sleeved T-shirt and a shiny white skirt decorated with stripes in pink, blue, green and yellow.

She teamed her ensemble with white pumps and a pair of trendy cat-eye dark glasses as she was spotted strolling into the studio.

Emilia was joined by Alden and castmates Paul Bettany, 46, who plays Dryden Vos, and Donald Glover, 34, who plays Lando Calrissian, for the Q&A at the satellite radio station.

Earning her stripes: The 31-year-old British actress plays Qi’Ra in the spin-off the space saga 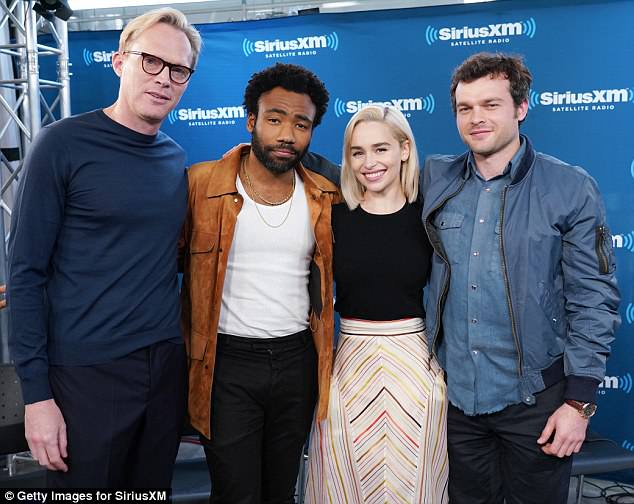 The line up: She was joined at SiriusXM by, from left,  Paul Bettany, 46, who plays Dryden Vos, Donald Glover, 34, who plays Lando Calrissian, and the young Han Solo, Alden Ehrenreich, 28

Paul, another Brit, was decked out in a black sweat shirt and pants.

He is fresh off his role as superhero Vision in Avengers: Infinity War. 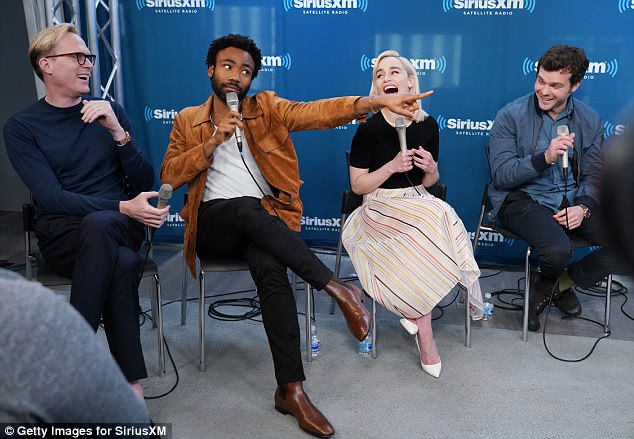 Having a blast: Donald called out a member of the audience after one question 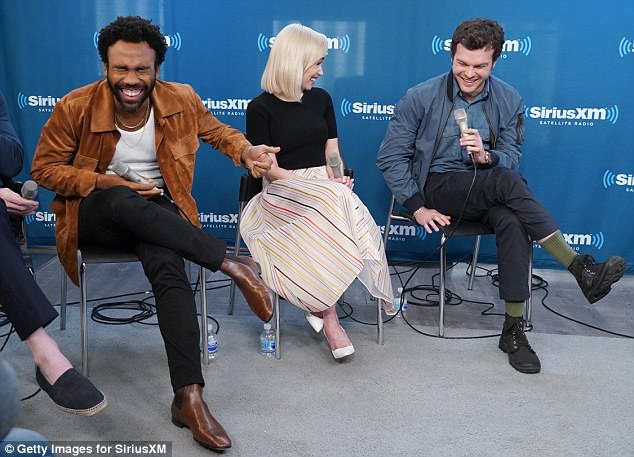 Reduced to tears: Whatever he said, he had his cast mates in fits of giggles

The foursome appeared to have a fun time as they laughed and joked their way through the Q&A.

Meanwhile, Emilia is probably best known for her role as Daenerys Targaryen, mother of dragons, in HBO’s hit Game Of Thrones saga.

The medieval-style fantasy drama, based of author George R.R. Martin’s books, is due to wrap after Season 8 in 2019. 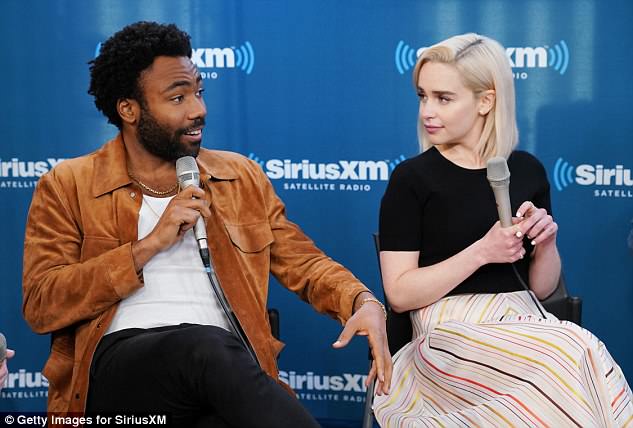 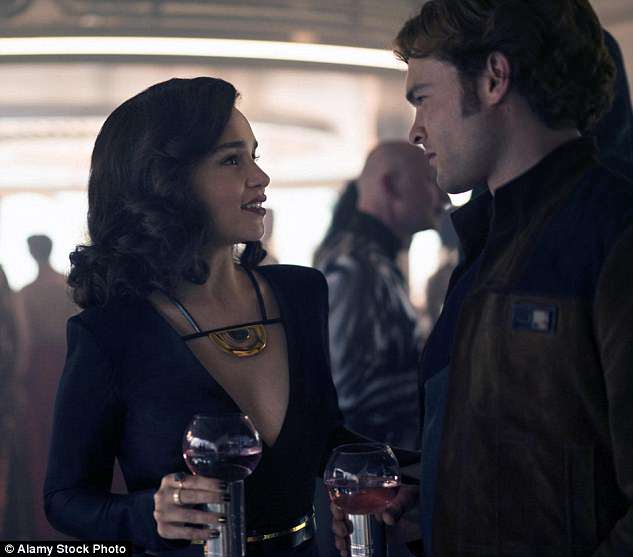 In character: Emilia as Qi’Ra and Alden as the young Han Solo in Solo: A Star Wars Story