Ole Gunnar Solskjaer has warned his players that it isn’t ‘job done’ in their quest for Champions League qualification, and says Manchester United will chase a win at Leicester on Sunday.

United go to the King Power Stadium a point ahead of their opponents needing to avoid defeat to be sure of a top-four finish and a place back among Europe’s elite.

But Solskjaer insists that his team will still go for victory, and is wary of complacency having reached third place with one game left.

‘We’ve given ourselves a good chance of the Champions League next season but we can’t go in thinking about the outcome,’ said Solskjaer. ‘We’ve just got to perform at a high enough level and get the result.

‘We wanted to get to this position of having to go to Leicester to beat them and we’re not going to change our approach. We want to dominate game and we want to go there and try and win the game. 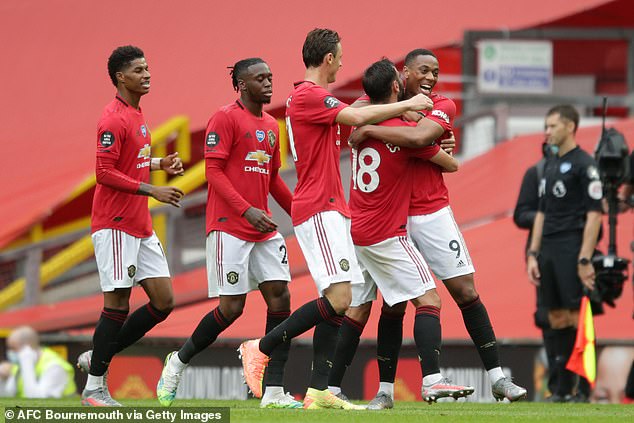 United have been in blistering form since football’s return, but have faltered in recent weeks

‘We’ve come a long way mentally and shown more robustness and resilience when we’ve lost the first goal in games. We’ve also shown the heights when everything’s flowing – I’m delighted with how the development looks.’

Asked if third place behind Liverpool and Manchester City would be acceptable for a club of United’s stature, Solskjaer added: ‘Let’s get this game out of the way and get third position and continue the growth and journey this team is on. 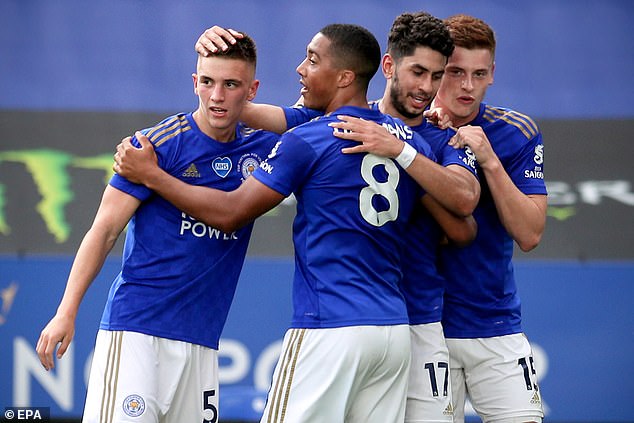 ‘We’ve had some hard times this season, some setbacks, and we’ve shown this is a team going places. If we can finish the season with a trophy in Europe and third place we can discuss it then.

‘We’ve not ended up anywhere yet. There’s one more game to show we’ve become a better team and if we get a result against Leicester, this journey has been a good one. But this is not the end of the journey. There are two teams too far ahead of us. We have to step it up even more.