Investigation reveals that 130,000 older married women could be owed up to £100million in state pensions after government blunders were exposed

Around 130,000 married women could be missing out on a bigger state pension, an investigation has revealed.

It is feared that older wives may be owed up to £100million after government blunders were exposed.

Retired married women can collect a state pension based on their husband’s work record.

But the investigation by former pensions minister Sir Steve Webb alongside This is Money suggests that around 130,000 are receiving less than they should.

Some wives have also even been reassured they were being paid enough, only for the Department for Work and Pensions (DWP) to later admit they were owed thousands of pounds

Some wives have also even been reassured they were being paid enough, only for the Department for Work and Pensions (DWP) to later admit they were owed thousands of pounds.

Experts are calling on the Government to investigate how many are missing out and give them what they are entitled to.

It comes after some women who were born in the 1950s were made to wait up to six years for their state pension when the Government raised the age from 60 to 66.

A White Paper by Mr Webb today comes after This Is Money, the financial website and Money section of MailOnline, won back thousands of pounds for married readers when it found they were being underpaid.

They are entitled to 60 per cent of the state pension their husband gets.

The boost dates back to an era when many more wives were financially dependent on their husbands and did not pay enough National Insurance contributions to earn a full pension.

Before 2008, married women had to claim the extra income themselves when their husband started collecting his pension.

From then on, the DWP was supposed to pay the upgrade automatically.

But former pensions minister Sir Steve Webb said figures suggested that around 130,000 married women – whose husbands were collecting the full basic state pension of £134.25 a week – were getting pensions lower than the £80.45 a week they should receive. 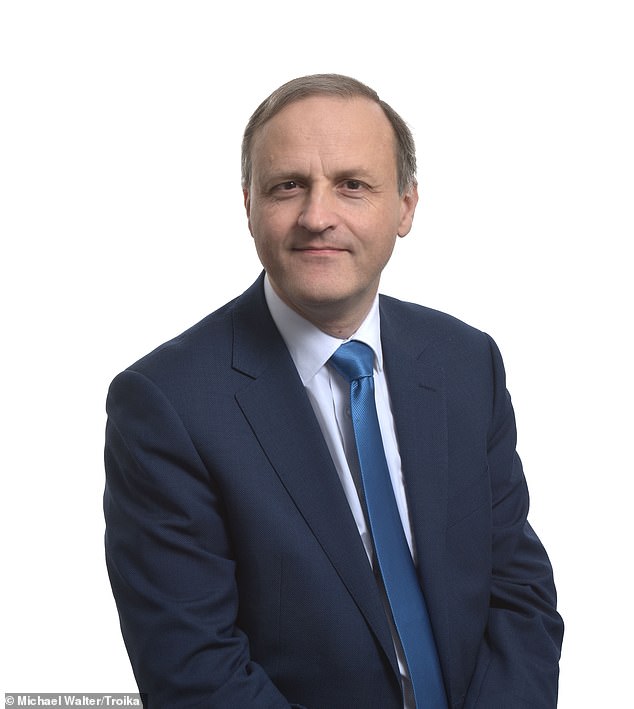 Sir Steve, a former Lib Dem MP, said: ‘It is truly shocking that thousands of women are being short-changed on their state pensions.

‘The system is highly complex and few will be aware of the special rules for married women.

‘It is time for the DWP to take this issue seriously and launch a full investigation.’

Sir Steve, now a partner at pension consultants Lane Clark & Peacock, said widows and divorcees could also be missing out because they too are entitled to a pension rate based on their husband’s contributions.

Yet mother-of-two Mrs Hayes, who lives near Andover in Hampshire, has now been given £8,822.41 after the department admitted it had been paying her a lower rate for 12 years.

The retired retail worker said: ‘I am pleased I have got it back at last, but I am cross because I could have done with that money when I was entitled to it.

‘I could have gone on better holidays, now I might be too old.’

A DWP spokesman said: ‘We are aware of a number of cases where individuals have been underpaid state pension.

‘We reimbursed those affected as soon as errors were identified.

‘We are checking for further cases, and if any are found awards will be reviewed and any arrears paid.’

Are you a married, widowed or divorced woman who has not received the right state pension? Contact editor@thisismoney.co.uk