Are you bills about to rise? Some energy customers face bill hikes of £401 as 100 fixed-rate tariffs end

By Rebecca Goodman For Thisismoney.co.uk

Households with one of 100 fixed-rate energy tariffs due to end during May and June could see their average bills rise by up to £401 unless they move onto a different tariff.

The price will automatically rise by 44 per cent for some at the end of the fixed-term tariff if it rolls onto the standard variable tariff.

Standard variable tariffs are typically the most expensive and those from the big six cost on average £225.89 more than the cheapest fixed-price energy tariffs on the market.

Many of the tariffs ending come from the big six providers including EDF, British Gas, Scottish Power and Npower. A number of smaller providers also have tariffs due to end such as First Utility, TOTO Energy and Breeze Energy.

There are 95 tariffs ending in May and June from 27 different energy suppliers and eight of these suppliers have announced a price rise in 2018.

The average hike for customers with a fixed-rate tariff ending by the end of June is £166 a year, if they do nothing.

But for some it is much higher. Customers with Go Effortless Energy will see the biggest spike of £401.30 when the tariff ends in June. While those with Npower will see their bills rise by £399 per year, the research from uSwitch revealed.

Prices have been rising steadily during the past year and five of the Big Six suppliers have hikes which are due to come into effect soon. Several smaller suppliers have also put up prices for those on a standard tariff.

For customers with a fixed tariff from a big six provider, before the latest round of price hikes they would have been looking at a £181 hike to their bills when rolling onto the standard tariff – but after the recent price increases it’s risen to £226.

Energy bills have been rising steadily over the past 12 months and SSE is currently the only provider not to have announced a price hike this year.

All of the other five providers have confirmed hikes. The increases for customers with British Gas, EDF, Scottish Power and Npower are all due in the next few weeks.

British Gas was the first to announce a price rise of 5.5 per cent which comes into effect for 4.1 million customers on the 29th May and for those whose fixed deal ends at the same time, bills will shoot up by £241. 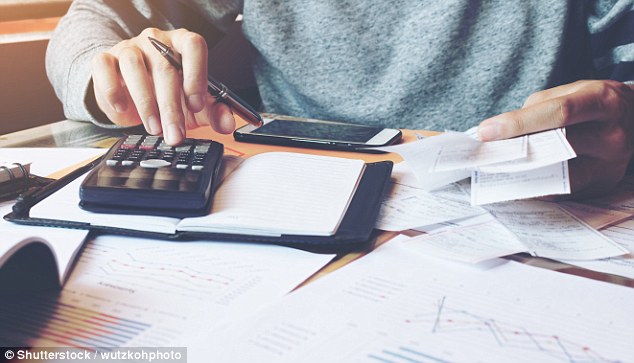 The number one way to avoid paying more for your energy, especially if your bills are about to rise, is switching to a fixed-rate tariff.

You can quickly find out what tariffs are available to you, and how much they will cost, by using a comparison website such as our own postcode comparison tool.

Even if your current fixed-rate tariff hasn’t ended yet, Ofgem’s rules state that customers can switch without paying a penalty fee 49 days before the date it is due to end.

Standard tariffs have been talked about a lot in the past year. The Competition and Markets Authority published the results of an investigation into the energy market in 2016 that found those on these tariffs were collectively overpaying by around £1.4billion every year.

A price cap is now being introduced for all households with one of these bills and this is expected to happen by the end of the summer, but the cap threshold is yet to be confirmed.

Shona Eyre, energy expert at uSwitch, says: ‘After shock price rises earlier this year, some households are now facing a double whammy bill hike of nearly £400. It’s crucial that people take action when their fixed plan comes to an end or when their energy company puts prices up.

‘A spate of price rises from the larger suppliers recently has put household purse strings up and down the country under even more pressure. At the same time, challenger suppliers are topping the customer service and best-buy tables.

‘With over 12 million households on rip-off tariffs still paying over the odds for their gas and electricity, now is the time for customers to show suppliers they won’t be taken for granted.’

QUICK MONEY SAVER: CAN YOU CUT YOUR BILLS?

Energy firms are constantly battling to pinch customers from each other.

Shrewd consumers can take advantage of this by reviewing deals every year to ensure they are on the cheapest deal. Even moving every other year will save you significant amounts.

If you are one of the millions of people who have NEVER switched (i.e. stuck with your original supplier), then you should save a big chunk of cash. A tenth of switchers saved as much as £537 in 2017, according to energyhelpline.

You only need to be interested in the tariff that is going to be cheapest where you live, so do your own postcode comparison in minutes using the tool above – or here – to find the best price.