Some ‘precision cooking’ at Rambla in Soho

It’s fairly early days at Rambla, chef Victor Garvey’s new Catalan place on Dean Street, Soho. So the lack of advertised Manzanilla sherry, say, endears rather than irks. Just like the gravy-spattered menu, and rather sporadic flow of water, which is poured by the waiter, rather than simply being left on the table. And charming, if occasionally chaotic, service. Because this is a new restaurant with the most generous of hearts, the sort of place you know you’re going to love way before you’ve even swallowed that first bite.

The room is flooded with light, and a contented clatter, the whole place powered by the most minuscule of open kitchens. Tables and chairs are squashed in, but the place feels comfortable rather than crammed, and we sit behind the vast front window, gazing out over the front door of the Groucho Club, watching the strutting and striding of various Soho flâneurs. 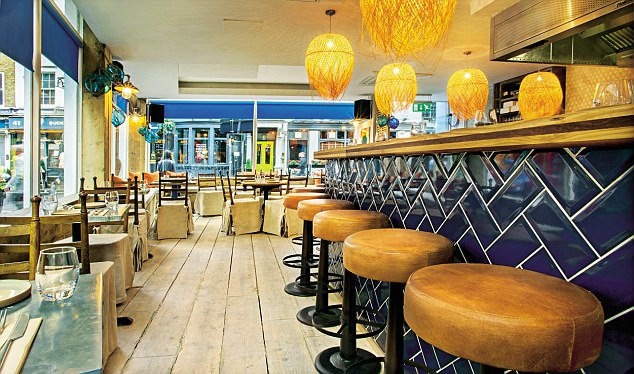 This is a new restaurant with the most generous of hearts, the sort of place you know you’re going to love way before you’ve even swallowed that first bite

From the start, there’s a precision to the cooking here, an attention to detail that sets it apart from the usual Iberian crowd. Aioli is pounded at the table, in a heavy pestle and mortar. What seems excessively theatrical turns into a lemon-spiked concoction, both zinging fresh and gleefully pungent. We wipe away the last smears with chunks of chewy sourdough.

Like all good chefs, Garvey understands the importance of decent ingredients. Hence ‘La Escala’ anchovies, plump, sweet and softly rich, served with little more than good butter and more of that sourdough, this time toasted. Lactic cool meets piscine depth, with divine results. A subtle, pickled shallot salad adds crunch and allium allure. Gazpacho next, and Matthew worries about the wisdom of serving a dish so dependent on the quality of tomatoes, so late into the year. But served in what looks like a large, prostrate wine glass, this is sweet and delicate, with the most silken of textures, each mouthful encapsulating the last of the late autumnal sun. A few croutons of crisp bread (they do love their sourdough here) add requisite crunch, while a handful of halved cherry tomatoes add further textural kicks. ‘Wow!’ is Matthew’s uncharacteristically monosyllabic response. I agree.

Esqueixada de bacalla sees home-cured cod, gently salted, and possessing a virginal purity, with red pepper, tomatoes, escabeche onions and black olive, all held together with a subtle but sharp citrus dressing. And more toasted sourdough, this time sliced into brittle shards. Flavours sigh, wistfully, rather than shout. And the whole dish is infused with an artful elegance, both in flavour and presentation.

Garvey can do simple, and he can also create dishes that wouldn’t seem out of place in some multi-Michelin starred temple.

Things get rather more robust and visceral with a trio of ‘Butifarra negre’ sliders, small toasted brioche buns filled with Catalan black pudding. The meat is rich, with hints of chorizo, tamed by a slick of nevat cheese, and a tangle of sharp apple slaw. It’s a mighty meaty mouthful, let down only by errant scraps of un-chewable sausage skin. They’re a little too rustic for my tastes, though utterly authentic, I’m sure. 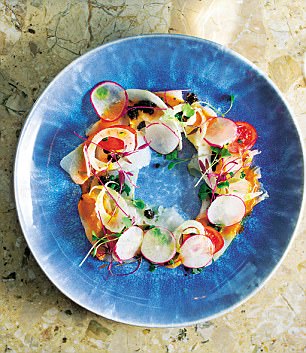 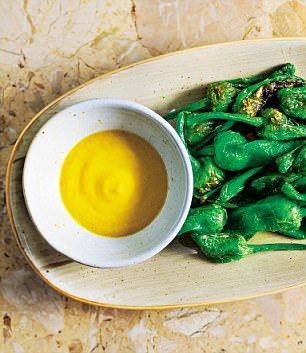 Seabass, cooked a la plancha, once again shows Garvey’s elegant art, the skin crisp, the flesh flaking apart in fat, pearlescent and near translucent chunks, with a smooth Jerusalem artichoke soubise sauce and devilishly black blobs of intense port reduction. It’s a dish that is at once bold and deeply comforting. Lamb chops have glorious mineral depth, and splendid chew, although Matthew does moan that he wants his fat more rendered. He’s a man of exacting standards, but he does have a point. Still, it’s as good a lamb chop as I’ve eaten in a while.

Even pudding (and yes, I know I’m always talking down to pudding, but there we go), torrija, a sort of Catalan pain perdu, is vastly superior eggy bread, with lots of sugar and a tart raspberry kick that stops it toppling over the edge into too much. We drink a bottle of rich, decently priced Priorat, and sit back after lunch, to watch Soho pass by. Just a few yards up Dean Street is the great Barrafina. And at the start we did worry. Could this new place survive, so close, and so similar to this modern great? But trust me, Rambla is an entirely different beast. And there’s easily room on this road for the both of them. Some of the dishes are tapas-sized, but it’s not a tapas place per se, rather a stirring taste of modern Catalan food, as seen through the eyes of a very talented chef. ‘Full on flavour, with surprising episodes of delicacy and restraint,’ says Matthew as we eventually get up to leave. Because here you’ll find the edible soul of Barcelona, smack bang on Soho’s very own Las Ramblas.

Typically fine lunch at Bar Boulud. Airy gougeres, lots of robust charcuterie and a Yankee burger. Still one of the best in town.

Roast chicken at my sister’s for lunch, then onto my mother’s house, for scrambled egg and smoked salmon in front of the brilliant Blue Planet 2.

Return of the 5/2, before the Christmas onslaught. Two Itsu instant chicken noodles pots, a punnet of cherry tomatoes and half a cauliflower