Son, 88, of a slave born on Virginia plantation is inspired by BLM

Daniel Smith, now 88, is just one generation removed from slavery. His father, Abram Smith, was born on a plantation in Massies Mill, Virginia, in 1862 during the Civil War

The 88-year-old son of a slave born on a Virginia plantation 157 years ago says he’s inspired by the current Black Lives Matter movement but fears slavery could possibly happen again under Donald Trump’s presidency.

Daniel Smith, while it seems unlikely, is just one generation removed from slavery.

His father, Abram Smith, was born on a plantation in Massies Mill, Virginia, in 1862 during the Civil War.

After leaving the plantation, Abram married Clara Wheeler, who was decades younger than him, and they settled in Connecticut in the 1920s to raise a family.

They had six children together and Smith, who was their fifth child, was born in 1932. Abram was 70 years old when Smith was born.

Smith and his 92-year-old brother Abe are the only two surviving siblings, the Washington Post reports.

They are among an extremely rare population of surviving relatives who are just once removed from slavery.

Like his father, Smith has lived through decades of America’s racial history.

He has been chased by the Ku Klux Klan in Alabama, marched with Martin Luther King and attended both of Barack Obama’s inaugurations. Smith lived through the civil rights movement and is now watching the Black Lives Matter movement unfold.

He told the Post that while he had always considered the 150 years since his father’s birth and subsequent slavery a ‘solid gap’ in history, it now seemed much shorter given current events. 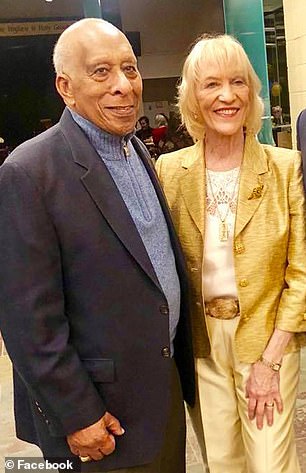 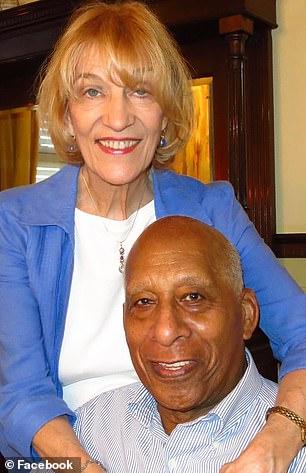 Like his father, Smith has lived through decades of America’s racial history. He said he was inspired by the current Black Lives Matter movement currently sweeping the country. Smith is pictured above with his second wife Loretta Neumann

He said having Trump as president felt like the years were slipping back towards the times of slavery – ‘almost to the point where it could happen again’.

Smith suggested that feeling had somewhat disappeared of late after seeing protesters take to the streets across the country in support of the Black Lives Matter movement in the wake of George Floyd’s death.

The now 88-year-old, who spent his much of his life working as a social worker, said he felt inspired by the current push for racial justice.

He said he hadn’t ever given much thought to being one of the few living children of a slave.

‘Quite frankly, I’ve just grown up and been busy and I’ve never thought much about it,’ he said.

Smith said that, as a small child, he recalled listening to his father tell stories of the plantation and how slaves were beaten and brutalized.

His parents had taught him and his siblings that America was a free country and they could be whoever they wanted to be.

‘A lot of black children grew up in a world where they didn’t know who they were and where they came from… but we were A.B. Smith’s children, and that sustained us through anything.’ 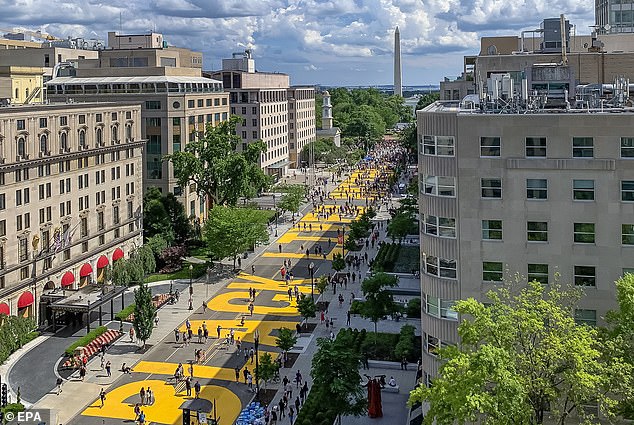 Smith suggested that feeling had somewhat disappeared of late after seeing protesters take to the streets across the country in support of the Black Lives Matter movement in the wake of George Floyd’s death. Pictured above is a ‘Black Lives Matter’ mural painted on the pavement of 16th Street near the White House 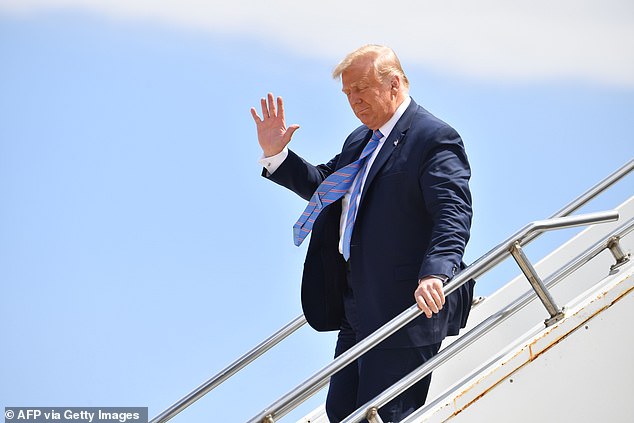 He said it wasn’t until he was an adult that he realized his parents had been optimistic and had been sold the idea that the US was the land of the free.

‘We were all brainwashed… Everyone in America fell for it,’ Smith said.

Smith served in the US Army as a medic in the Korean War before making a career as a social worker.

He said he now realizes that his parents were of the belief that black people had to work twice as hard as white men and women in order to prove their equality.

His reckoning, however, came in 1957 when he was working as a director of a YMCA camp in Connecticut.

He saw that a young woman was drowning in the quarry and rushed to help. After she was pulled to shore, Smith said he could feel her pulse and was about to give mouth-to-mouth when a police officer started screaming at him.

Smith has lived in the Washington DC area since 1968 – just weeks before Martin Luther King’s assassination.

He has been retired since 1994 and lives with his second wife Loretta Neumann, who is white. The couple married in 2007 at the National Cathedral. Smith has two children with his first wife who is black.