‘It felt like me and my mum were the only two people on earth at that moment:’ Son describes his joy as he is reunited with his mother from Australia after Covid kept them apart for TWO years

By Kaya Terry For Mailonline

This is the moment a son was tearfully reunited with his mother after she moved to Australia and Covid travel restrictions kept them apart for two years.

Ciaran Joyce, 34, who lives in London, had not seen his mother Hayley Gibbs, 56, after she left the UK in 2019 to live Down Under – but tough border control meant she could not return to Britain.

In the footage, which was taken by his girlfriend Lucy Dryzek, 30, on November 14, Ciaran is filmed waiting at a pub without any knowledge of her surprise visit.

Ciaran Joyce, 34, (pictured left) who lives in London, had not seen his mother Hayley Gibbs, 56, (right) after she left the UK in 2019 to live in Australia 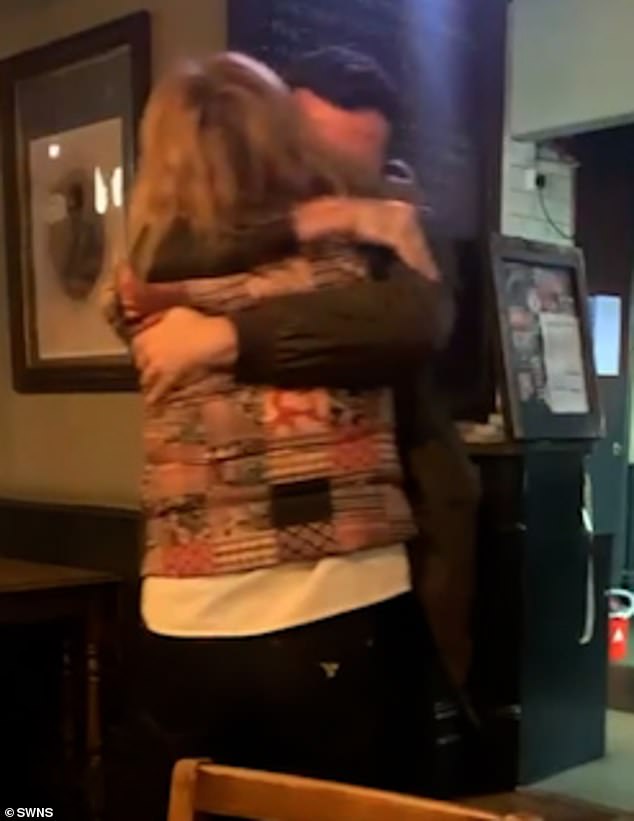 In the footage, taken by his girlfriend Lucy Dryzek, 30, on November 14, Ciaran is filmed waiting at a pub without any knowledge of his mother’s looming surprise visit

Lucy had led him there under the pretence of having a meal with her and her mum – but Hayley had landed in London earlier that morning and was about to make an entrance.

Ciaran, who was sporting a distinct moustache that he had grown out for Movember, can be seen looking towards the door before spotting his mum instantly as a look of disbelief spreads across his face.

He then sprints into his mum’s arms and they both share a loving embrace and enjoy a huge hug during the emotional reunion.

Ciaran, an actor and Movember Activist from London said: ‘ I was taken to the pub by my girlfriend, Lucy, expecting to catch up with her mother.

‘My mum had landed in London that morning without my knowledge and she and Lucy had arranged the surprise that week.’

‘My mind went blank. It felt like me and my mum were the only two people on earth at that moment.’

‘The pandemic has caused so many people to be stranded from loved ones for so long. The fact so many have taken comfort, joy and shared their stories in the comments section shows just how much people can miss one another. It has been a bit humbling to be honest.’ 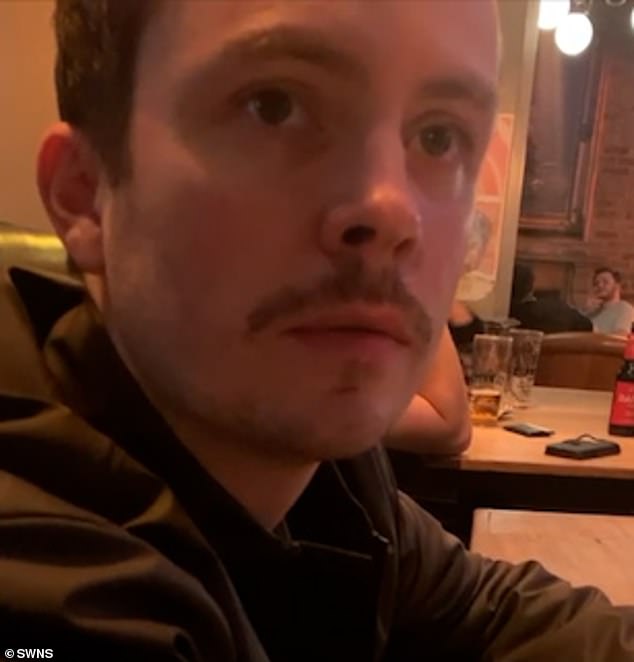 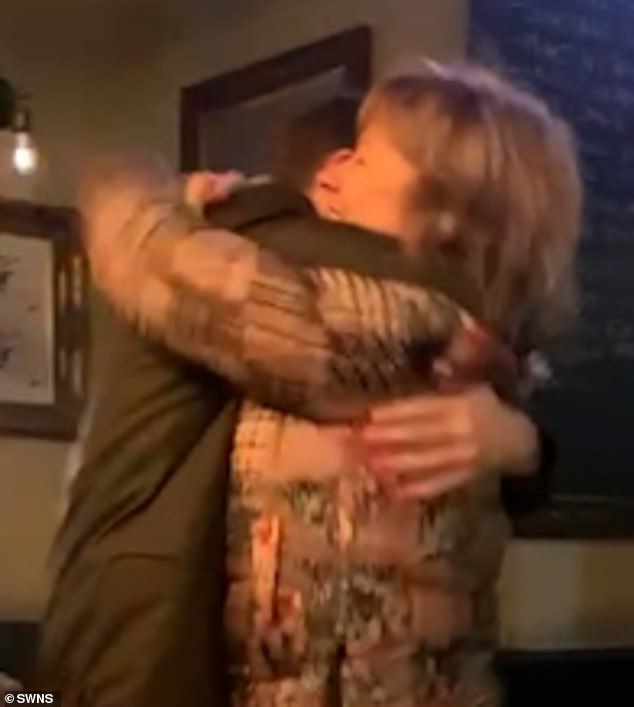 Posting the emotional moment on social media, Ciaran spoke about the death of his nan in April and said his mother couldn’t say goodbye because of the strict Australian border control.

Writing on Instagram, Ciaran said: ‘In 2019 my Mam moved to Australia. Due to the pandemic, I hadn’t seen her since. We also lost my Nan (her Mam) in April. She was unable to come home to say her goodbyes due to strict Australian border control.

‘Yesterday evening, thanks to her & my (girlfriend) Lucy, a wonderful surprise happened. I got to hug my Mum for the first time in 2 years. Love you Mam. Missed you loads.’

Commenting on the post, Great British Bake Off presenter, Matt Lucas wrote: ‘I just done a lot of tears’.

Another user said: ‘Oh I’m sobbing!!!! Sending you so much love my friend.’

One more wrote: ‘Definitely haven’t watched this 5 times . I’m not crying. At all.’

Speaking about his moustache, which he is growing in support of Movember, Ciaran said he wanted to raise awareness after he lost a friend to suicide and has struggled with his own mental health.

Ciaran added: ‘I sadly lost a dear friend to suicide and have had battles with mental health myself. I know how difficult and scary it can be to open up to others about.

‘I want to raise awareness and money for organisations like Movember to prevent or help others going through the same thing and help them navigate the choppier waters of life.’

Those who wish to follow and support Ciaran’s Movember campaign can do here.

For help or to donate, call Samaritans for free on 116 123 or visit samaritans.org