‘I am not angry… just disappointed’: Son Heung-min left frustrated after being subbed off in Tottenham’s victory over Arsenal… as it prevented him a chance of scoring a second goal to move level in the Golden Boot race with Liverpool star Mohamed Salah

Tottenham star Son Heung-min looked furious as he was substituted during the club’s crucial 3-0 victory over Arsenal in the north London derby.

The South Korean international played a crucial part in the game as he won the penalty and also getting the better of Arsenal defender Rob Holding who was sent off for two yellow card challenges on the Tottenham star.

Son scored the third goal at the start of the second half, putting him just one behind Liverpool’s Mohamed Salah in the Golden Boot race. 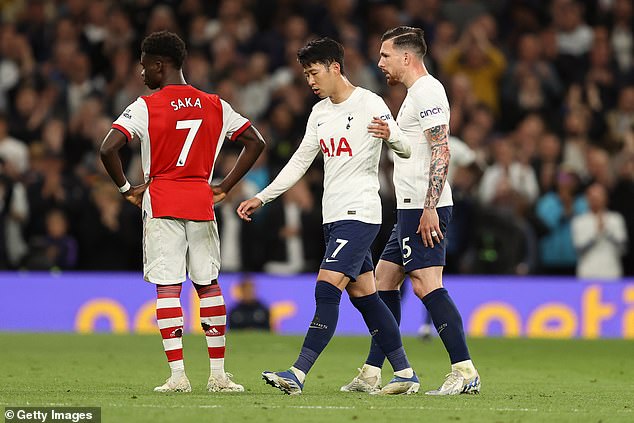 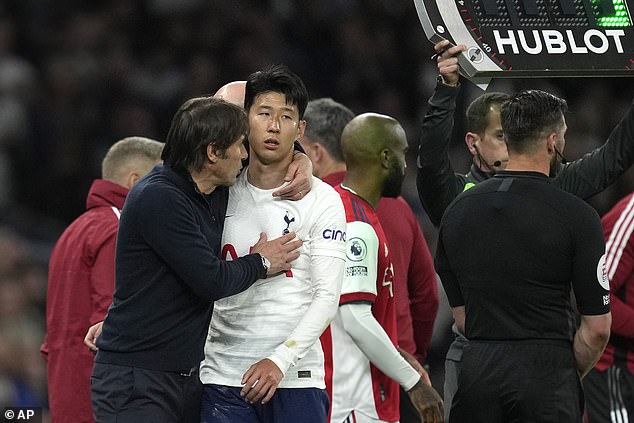 Son was left surprised, though, when manager Antonio Conte hooked him in the 72nd minute of the game for Steven Bergwijn, with the Italian deciding to rest the player ahead of their match with Burnley on Sunday.

The player made no secret about his frustration over the decision, throwing his arms up in the air and taking his time to come off the field as team-mate Pierre-Emile Hojbjerg went up to speak him.

He was then consoled by Conte who gave him a hug and appeared to explain his decision to the 29-year-old. 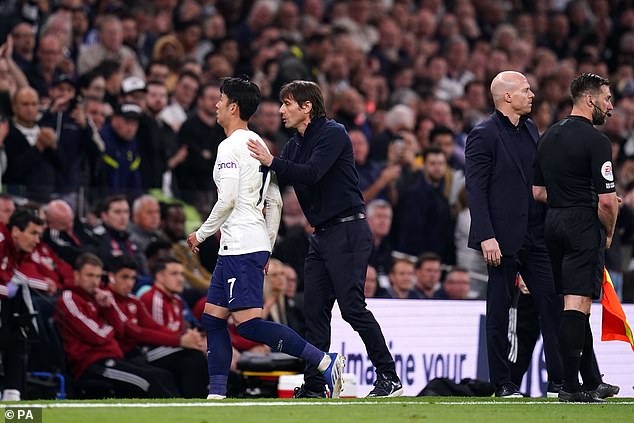 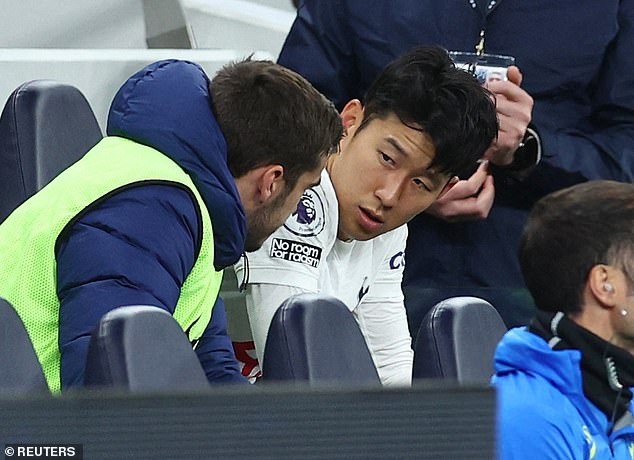 Son then slumped into a chair on the bench and had a chat with Harry Winks, as he had to watch the final 18 minutes plus stoppage time.

Conte’s decision meant Son didn’t have the chance to score a second goal late in the game, which would have pulled him level with Salah at the top of the Golden Boot race.

After the match, Son told Sky Sports: ‘I want to play always but it is the manager’s decision. I need to accept that.

‘He said we have an important game on Sunday so not a big deal. I am not angry, just disappointed because I came off but I move on. 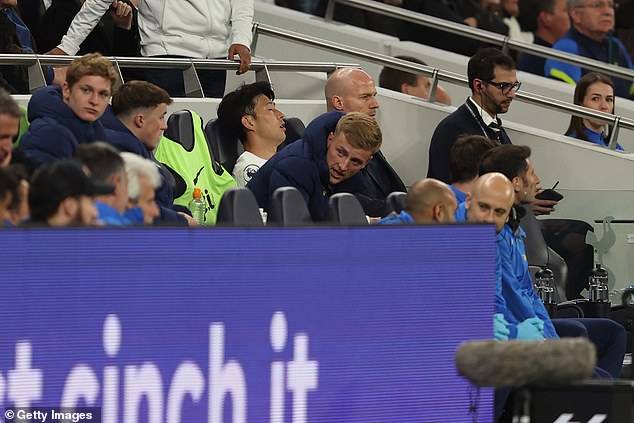 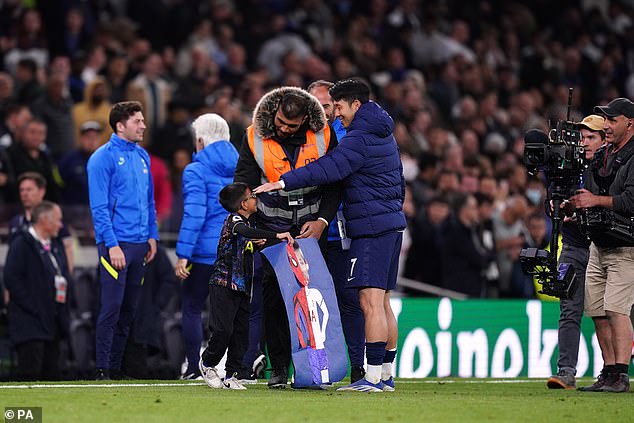 Son, though, was pleased with the result which boosted their chances of getting top-four

‘I just want to keep playing. There is no such thing as 100 per cent chances to get goals, they were one man down but I just want to play.

‘We have a big game on Sunday and we need to be fresh to help the team.’

It comes after Son said during the week that he wasn’t thinking about winning the prestigious prize for top goalscorer.

At full-time, Son was smiling again and manager Conte again gave his star a hug.

Conte said after the game: ‘I know for sure Sonny wanted to continue to play and to score.

‘But I had to think not only this game, but later, he needs to rest and recover well. I wanted to make a substitution and give them a bit of rest.’