The devastated son of an elderly man ruthlessly beaten to death has spoken of the horror of cleaning his father’s bloodied home after the attack.

Emiliano Lombardi, 84, was killed by 29-year-old Quade Karsum Jones when he went on an hour-long crime spree, assaulting six other people in August, 2020 in Perth’s east.

A heavily intoxicated Jones tore off the side mirror from Mr Lombardi’s car and smashed it over his head and face, leaving the grandfather with catastrophic injuries and soaked in blood.

Jones was on Thursday sentenced to life behind bars in the West Australian Supreme Court and will be eligible for parole in 2043.

In an emotional victim impact statement, Mr Lombardi’s son Don detailed how losing his ‘papa’ had ‘broken me as a man’.

The 84-year-old spent two weeks in hospital but eventually asked his family to stop treatment and ‘let me go’.

Emiliano Lombardi, 84, was killed by 29-year-old Quade Karsum Jones in 2020. Jones was jailed on Thursday for life 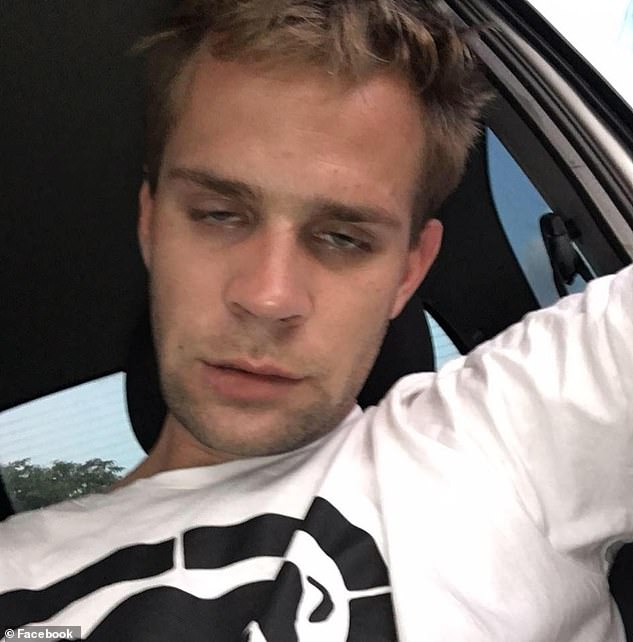 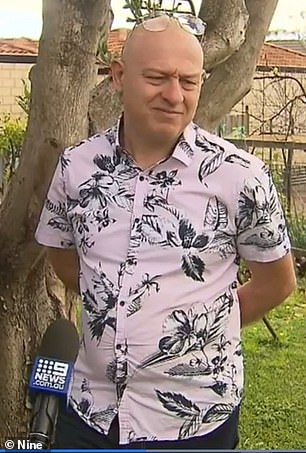 ‘Every part of these two weeks I will never forget and are permanently etched on my brain,’ Don said in his statement.

‘This experience broke me as a man and affected me to the core of my existence. My sister, brother and I held my dad for hours in his final hours to say it was going to be okay.’

Don said adding to the trauma of losing his father was the task of cleaning his East Cannington home.

‘Going to my dad’s house to see blood everywhere was so private and personal and I remember not letting my wife come into the house – not wanting her to see the pain in the house and see my pain clearly on my face,’ he said.

‘Blood on every door, wall, floor and piece of furniture.

‘I remember wanting to clean this house with my sister to clean the blood to erase the memory of the incident – trying to heal my dad as I was healing that house.’ 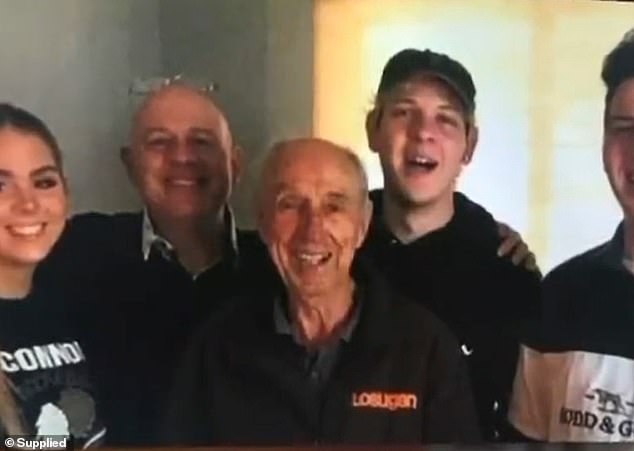 The grandfather was in intensive care for two weeks after the attack but died at the age of 84. His devastated son detailed his trauma in a moving victim impact statement

Jones’ first victim was a man who had seen co-accused Joshua Cates spray graffiti on a bench.

Cates was cleared of being an accessory to murder in December 2020, but ordered to do 40 hours of community service for graffiti during the crime spree.

Jones tried to confront the man but he got in his car and drove off, but had to later slow down when he came to an intersection.

Jones ran up to his car and started punching the passenger side window. He then opened the driver’s door and punched and kicked the man.

Jones tried to take the keys out of the ignition and in the process pulled off three keys which belonged to the man’s partner. 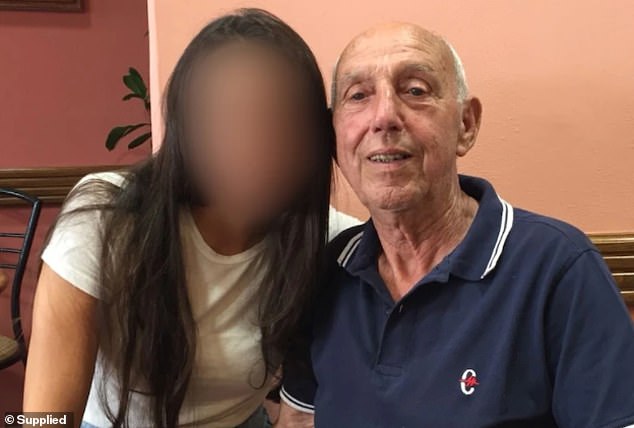 Mr Lombardi was Jones’ fifth victim of the day on August 16, 2020 after he went on an hour-long crime spree 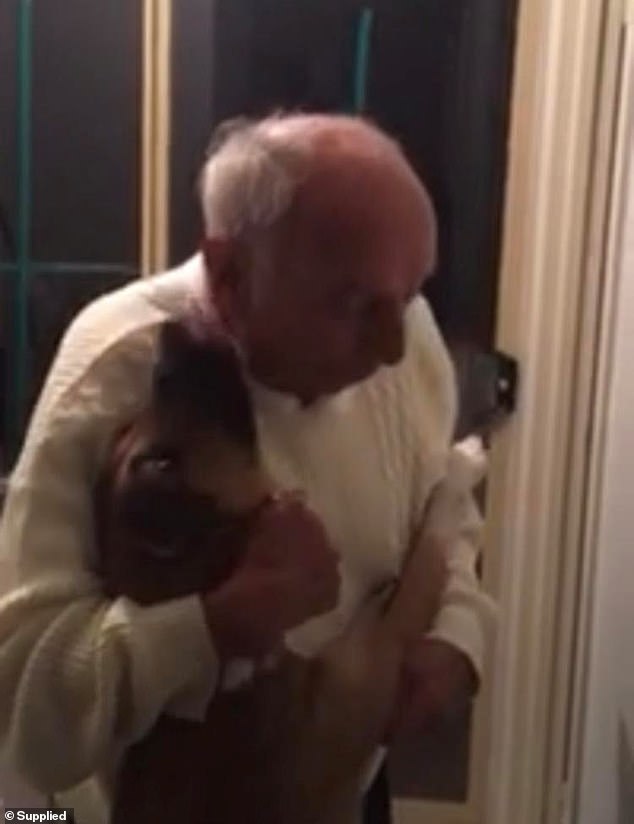 The man suffered swelling to his jaw and reported the incident.

A short time later Jones saw a woman outside her home and proceeded to grab her hair and shake her head, after asking for cigarettes and money.

She tried to run inside her home and screamed, alerting her two housemates to come outside.

Upon seeing Jones they tried to close the front door on him but he forced his way inside and then attacked one of the housemates, punching him in the face, shoulder and chest.

His fourth victim was a woman who Jones ‘walloped’ on the back of her body before attempting to throw a can at her as she walked down the street.

Mr Lombardi, the fifth victim of the day, lived alone and was in good health at the time of his ‘very severe and vicious assault’.

After being beaten over the head and dripping with blood, Mr Lombardi was able to make his way inside his home and into his bed.

Jones continued on his rampage of terror, going on to beat up another neighbour who was too terrified to run inside his home in case his attacker followed him and harmed his family.

The 29-year-old then pulled a letterbox out of the ground and hurled it towards the man but it didn’t connect.

Jones then headed to a nearby train station and stole a beanie from a woman heading home. 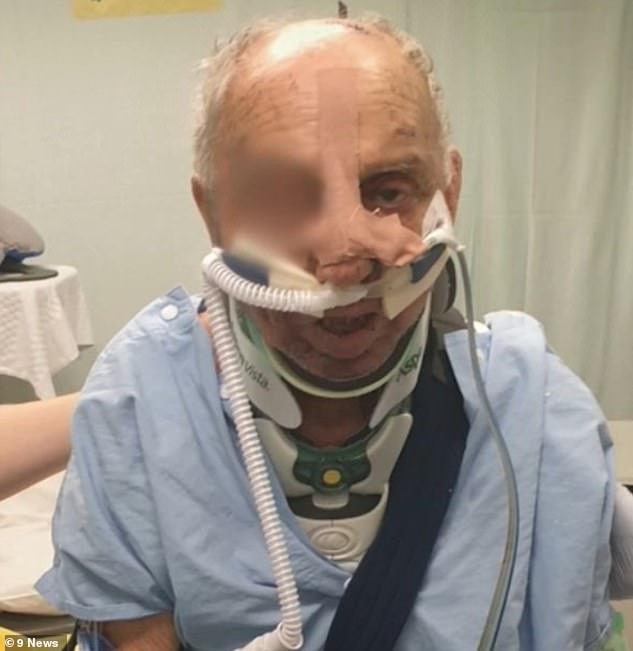 He then grabbed a nearby sign and started whacking her on her back, causing bruising before a passerby saw the assault and Jones fled the scene.

Jones, who’d been using meth since he was 17, then took a train to Armadale where he visited a pub and stayed in the restroom for an hour.

Paper towels, soap and water were found all over the bathroom as Jones tried to clean any blood off of himself.

Following Mr Lombardi’s assault the elderly man suffered injuries to his brain and right eye, and fractures to his face and shoulder.

In his sentencing, Justice Stephen Hall said there was no ‘rational reason’ for Jones’ violent attacks.

‘You attacked indiscriminately, anyone who had the misfortune to come into contact with you,’ he said. 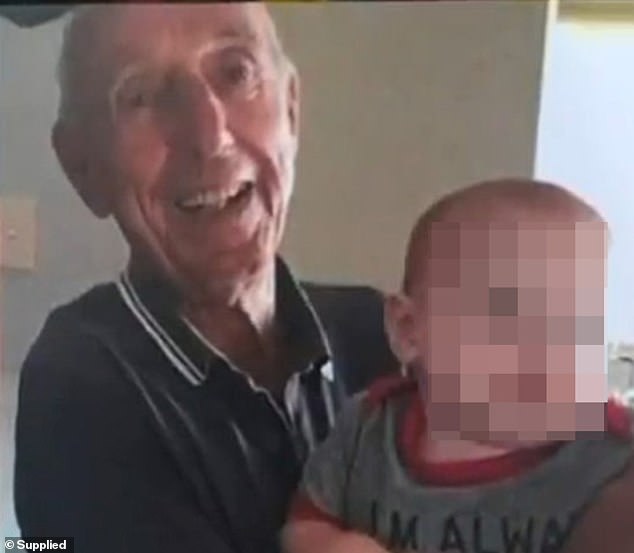 ‘The attacks in each case were shocking and frightening.’

‘Despite the obvious severity of the injuries to Mr Lombardi, you made no effort to render him assistance. Rather, you left him alone and badly injured and continued on your way, attacking others as you went.’

Director of Public Prosecutions Amanda Forrester SC described called Jones’ attack on Mr Lombardi as a ‘very severe and vicious assault’ and noted the innocent man was ‘savagely beaten’ in the head and face with the broken mirror.

Defence lawyer Bernard Standish said Jones had no ‘true memory’ of the vicious attacks but was heavily intoxicated at the time.

There has been no suggestion that Jones suffers from a mental illness or a personality disorder that could have contributed to his cruel actions.

Jones was not arrested until four days after the attacks on August 20, 2020.

By that time it was too late for police to test if Jones had any drugs in his system at the time of the events.

Jones’ lawyer has insisted he feels guilty for his actions and that Jones ‘clearly didn’t have an intention to kill’.

‘He regrets it, it’s behaviour he thinks about all the time and if he could take it back, he could,’ he said.

The court heard the attacks were not Jones’ first case of intoxicated violence and that he had beat his father over the head with a coffee cup in 2016.

Jones had initially pleaded his innocence and was set to face court in late February but changed his plea to guilty late last year. 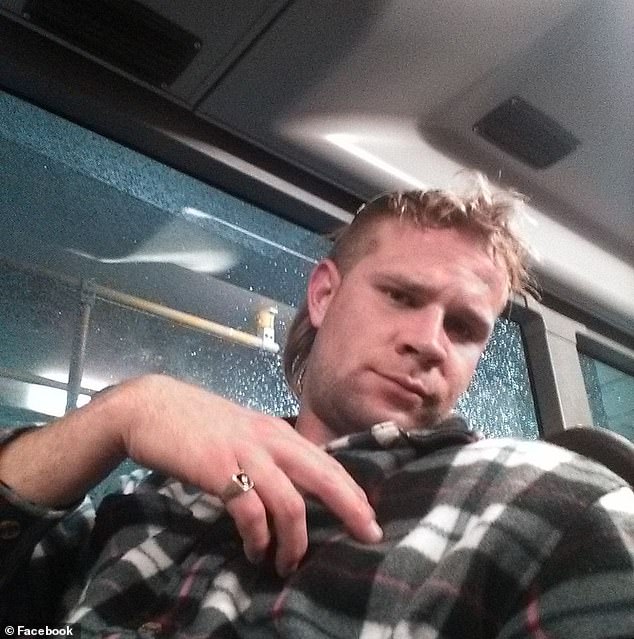