Son of movie star, Barry Humphries, has wed his fiancé in a beautiful church ceremony

The son of Australian star Barry Humphries married over the weekend in a beautiful traditional church ceremony in England.

‘The happiest and most beautiful day of my life,’ Oscar said of the service under one of his photos.

The son of Australian star Barry Humphries was married over the weekend, in a ceremony that brought tears to people’s eyes

Although everyone was all-smiles on the beautiful day, Barry and Oscar’s relationship has had its ups and downs.

At Oscar’s engagement party in August 2017, the fine art dealer and journalist sensationally claimed his father had told him he was being disinherited.

‘Changing my name,’ he announced in a foul-mouthed message posted online. ‘F*** you for disinheriting me.’

‘I never wanted the little bit of money anyway. Liberating after the shock. The feeling is, ‘Well, I’ll do it myself.’ 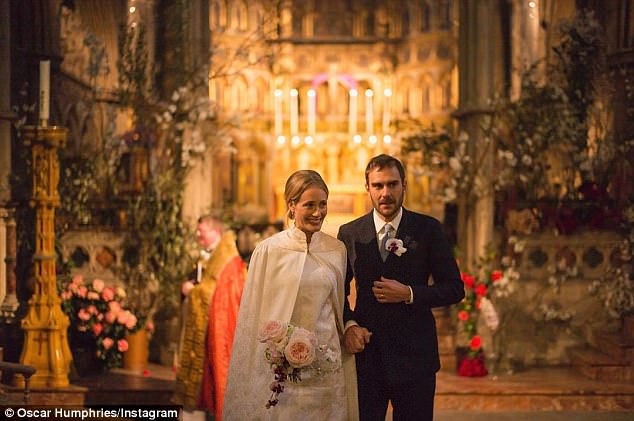 Oscar, 36, and Sophie Humphries nee Oakley, 36, held the wedding in a beautiful church with close family and friends in attendance 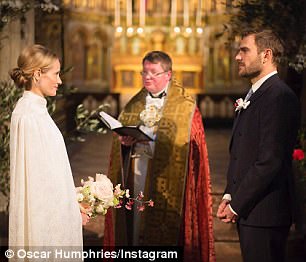 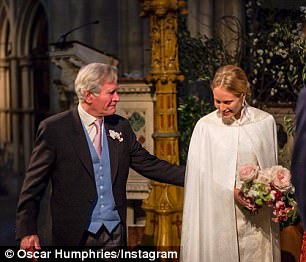 ‘The happiest and most beautiful day of my life,’ Oscar wrote in the caption of one of his photos 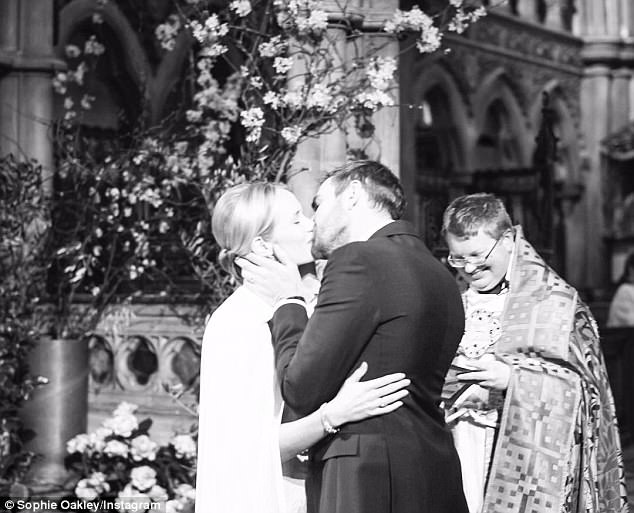 He later deleted the message and claimed it was just an ‘in joke with a friend’ but didn’t change his last name back to Humphries on his Facebook profile .

However, at Saturday’s wedding there was no sign of any acrimony between father and son or indeed, his beautiful bride, Sophie, who donned a soft white cape over her gown.

She had her hair up in a chic bun that showed off her radiant smile as she walked down the aisle. 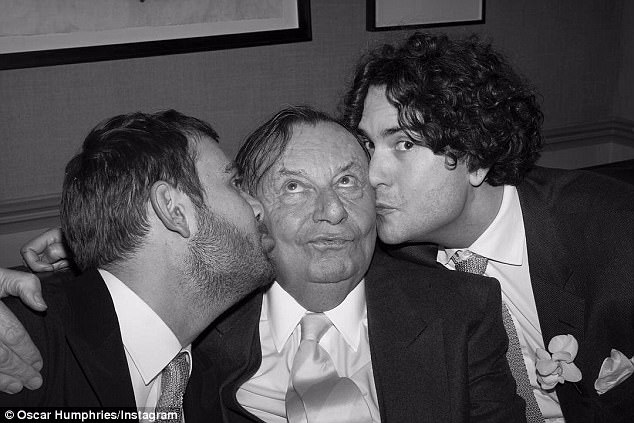 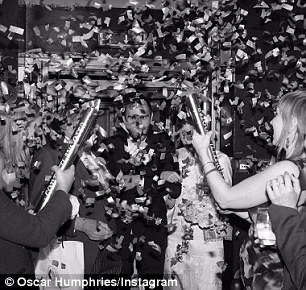 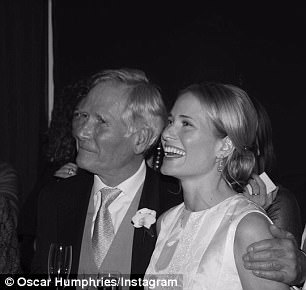 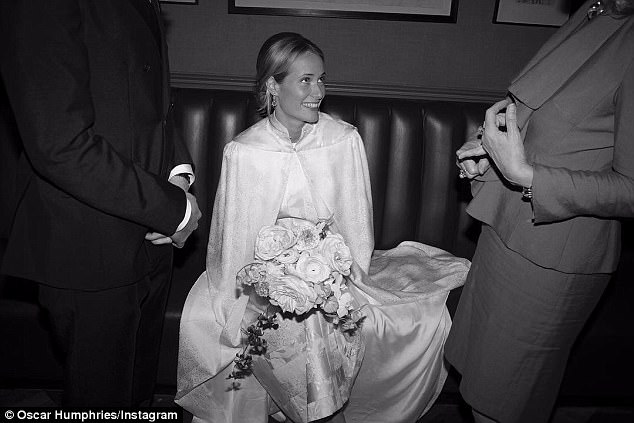 Her bouquet was simple and made up of soft pink roses, matching the blush hued flowers in Oscar’s lapel.

He opted for a fitted black suit for the special occasion.

Sophie’s father, Tim, walked her down the aisle and later shared an emotional moment with his daughter as he choked back tears.

‘I can’t believe I’m a married woman!’ Sophie wrote about the day.

Everyone was in high spirits during the celebrations afterwards and confetti was let off as the new husband and wife made their way into the venue. 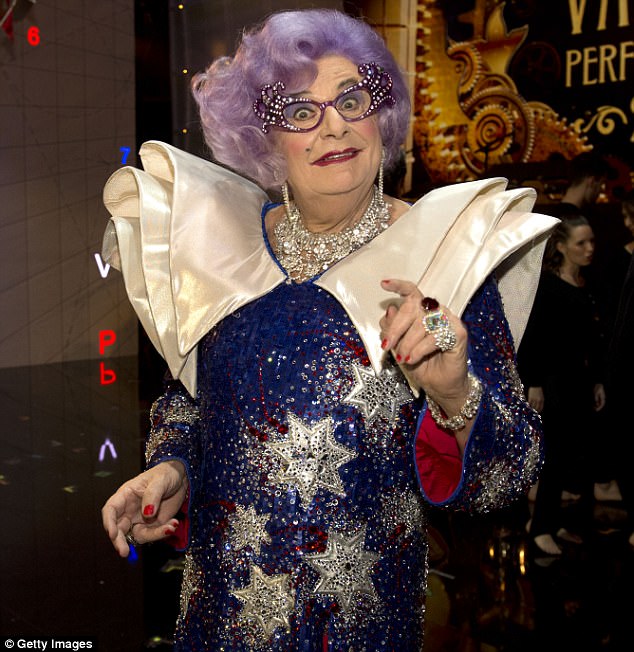 Barry, who is known for playing his character Dame Edna, was also in attendance to watch his son wed 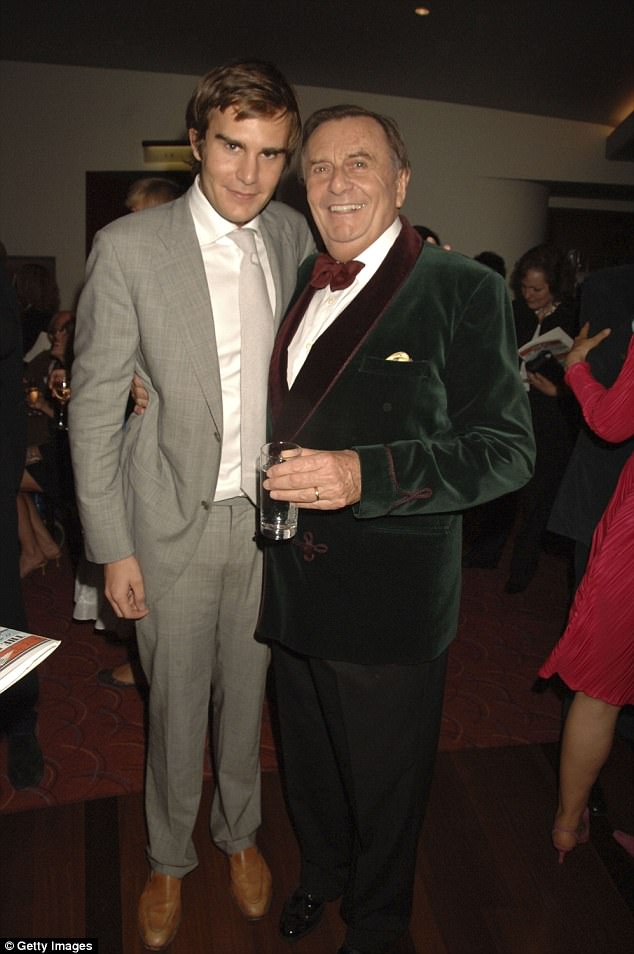 Although it was a beautiful day, Barry and Oscar’s relationship has had its ups and downs