Two young boys present when their dad was shot dead by a Victorian chilli farmer have spoken of their pain since the death of their ‘beloved’ father.

Angelo Russo, 55, last week pleaded guilty to the manslaughter of David Calandro, who was shot while sitting in his ute at Russo’s Tatura farm on February 18, 2017.

A statement by Mr Calandro’s son, Flavian, who was 12 at time of his father’s death, was read to the court by prosecutor Nicholas Papas.

David Calandro (pictured) was allegedly shot dead at a Goulburn Valley farm in 2017. He had his two sons in the car with him at the time 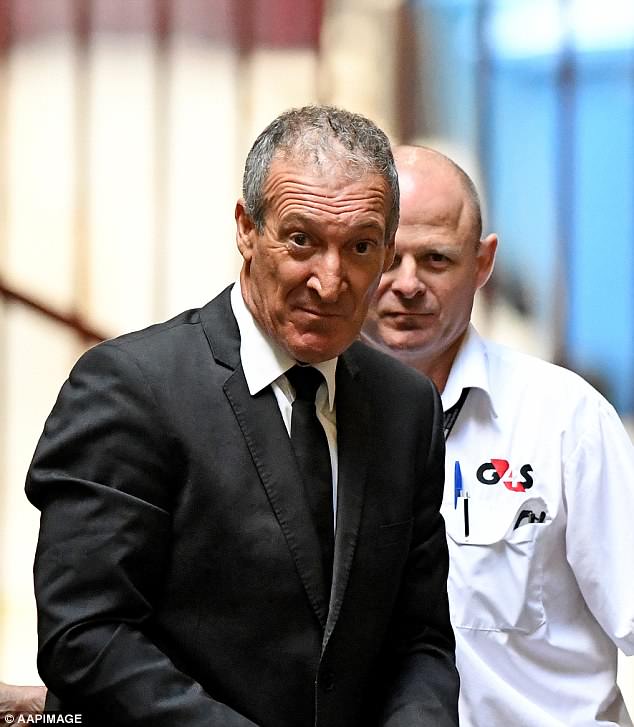 ‘I know I have changed since the day he died… I struggle to get out of bed to go to school because the vision of my dad has haunted me and always will,’ his statement read.

‘My beloved dad was killed in front of me and my brother.

‘It is too hard, I feel pain in my body.

‘My dad was a fun-loving guy and he’d do anything to make me and my brother happy.

‘I will forever miss my dad knowing he is gone from this earth.’

The plea came days after Russo’s murder trial began in the Supreme Court of Victoria, with Russo admitting to manslaughter after prosecutors agreed to withdraw the murder charge.

Following Russo’s guilty plea, the prosecution conceded it could not prove the farmer intended to shoot Mr Calandro.

During a pre-sentence hearing on Wednesday, prosecutor Nicholas Papas QC said Russo claimed Mr Calandro deliberately swerved at his dog Harry to ‘spook’ it, but accidentally ran it over.

Russo claims he was ‘pissed off’ and put down his injured dog by shooting it.

He says he did not intentionally kill Mr Calandro when he approached him with the shotgun still in his hand.

The farmer claims he slipped on an eggplant and the shotgun discharged accidentally. He said he didn’t realise Mr Calandro was injured until he heard the 43-year-old screaming. 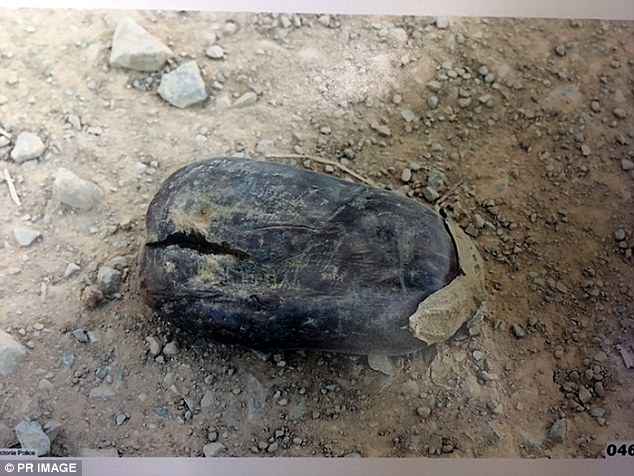 Mr Calandro died in hospital the next day.

However, his defence barrister Patrick Tehan QC told the court on Wednesday that Russo expressed ‘the deepest of sorrow’ for his victim’s sons and ‘was tearful and beside himself about what happened’.

Mr Tehan also said Mr Calandro and Russo had been friends – a claim that prompted several family members to storm from the court.

Mr Calandro’s other son Anton gave an emotional victim impact statement to the court, read by a family member. 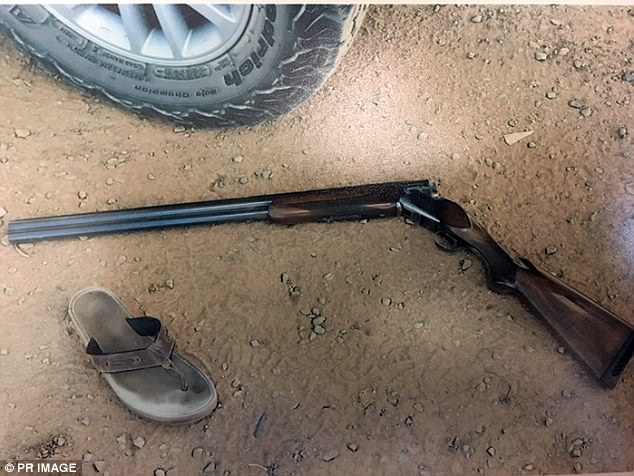 ‘My life is different since my dad hasn’t been here,’ he said in his statement.

‘I now have to do more things at home because he’s not here. I have to care for mum.’

The court was also told Russo’s mother died while he was in custody over Mr Calandro’s death, having burnt to death when her dress caught fire.

The hearing continues on Thursday.