A young son riding a lawnmower pulls his dad in a wheelbarrow in a hilarious video.

Dad, John, is recovering from a leg injury.

But that didn’t stop his son from coming up with an innovative way for the pair to still have some summer fun while getting work done.

John appears to be getting the most out of his summer vacation in Morell, Prince Edward Island as he lounges, beer in hand, and goes for a ride in the wheelbarrow while supervising his son.

The video shows the lawn mower appearing from the right side of the screen, goes straight across and disappears to the left without a word from either of the men.

It seems like a two-for-one deal that the son has come up with.

Not only is dad relaxing, the lawn is getting mowed!

It’s unclear how old the son is, but he has a bright future in innovation and maybe farming ahead of him. 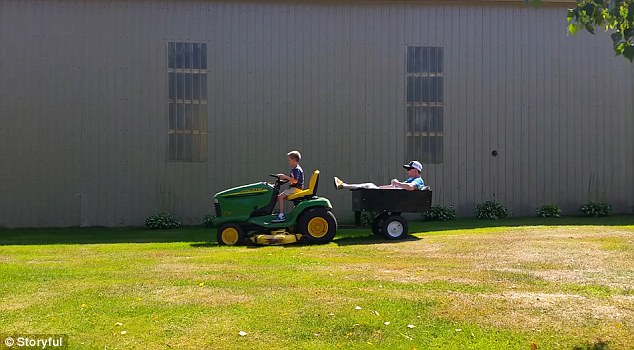 Dad, John, sips a beer and nurses his injured leg 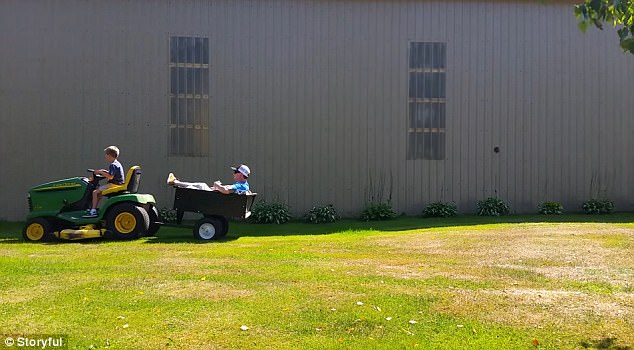