Son watched his mum, 29, collapse and die in front of him ‘after running on a treadmill’

‘It was so hard to hear’: Father’s heartbreak at having to hear his four-year-old son describe how his mother, 29, collapsed and died after getting off a treadmill

The grieving husband of a New Zealand mum-of-two has spoken out on the heartbreaking moment their young son watched her collapse and die.

Shari Fietje, 29, was found dead on December 3 after she exercising at her Ararimu, South Auckland home.

The mum had been running on a treadmill in the shed in front of her four-year-old son Astin, while her younger son Axell, one, slept in the house.

The events leading up to Shari’s death is unclear but she is believed to have finished her run before suffering some type of a medical event and collapsing.

Shari Fietje (right), 29, was found dead on December 3 after she had been exercising at her Ararimu, South Auckland home. Pictured with her husband Jamie 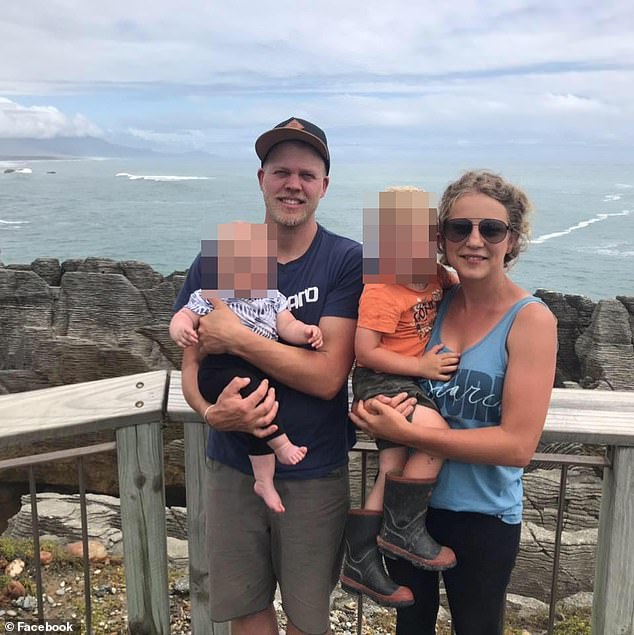 Her heartbroken husband Jamie (left) revealed the only information on his wife’s final moments has come from little Astin, who was the only one to witness her death

Her heartbroken husband Jamie revealed the only information he has about his wife’s final moments has come from little Astin, who was the only one to witness her death.

‘From what I understand from Astin is that, “mum was on the treadmill and got off and turned it off, then she fell over and hit her head and went to sleep, so I went to sleep with her”,’ the dad said in a Facebook post.

‘It was so hard to hear this from Astin, I am not sure of the exact cause yet but nevertheless it caused Shari to pass away at only 29.

‘I cannot comprehend why and am in complete disbelief this happened, I can only look to God and trust that this was in His time and I find some comfort in that.’

Jamie told the NZ Herald this week his wife’s cause of death is still unknown, but doctors believe she suffered a medical event as opposed to hitting her head.

He said his wife was an avid runner but had taken some time off to heal from a recent nasal reconstruction.

She had just started to take up running again at the time of her death.

The dad-of-two had shared a photo of him and his wife that was taken after she completed her first 10km marathon in Tauranga.

‘I was proud of her then, but I really wish I expressed how proud I feel now of her back then. This marathon was her first of many to come, and with tears I write was her last,’ he added.

‘Shari was such a great mum, she absolutely loved our boys Astin and Axell, and loved where we lived, our first home together. It’s our slice of paradise, Shari always said, if we sold up it would be because we were going to a bigger property and could never move back to town.

‘I am so sorry Shari, that you won’t get to see Astin and Axell grow and develop, or share any more laughs and adventures with us, the thought of this I cannot comprehend, it’s just not fair.

‘I promise I am going to try my best for them and for you, and my prayer is that I hope one day we will join you again. You are still in all of our hearts.’

A funeral service for the young mum was held at Pukekohe Reformed Church on December 7.

A coroner will determine her official cause of death. 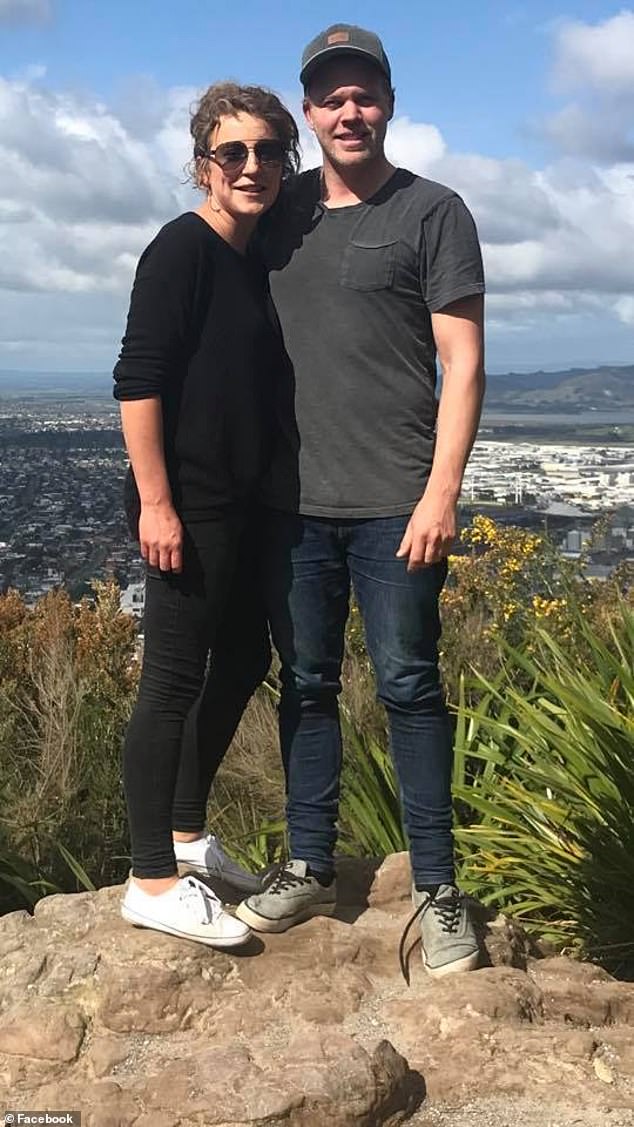 Jamie said his wife’s cause of death is still unknown, but doctors believe she suffered some type of medical event as opposed to hitting her head