An alcoholic drug user who left a family funeral early to burgle his parents’ house was spared jail after his father stood up in court and begged magistrates to let him walk free.

Andrew Ward made his plea for mercy at Leicester Magistrates’ Court on behalf of his 29-year-old cocaine-using son Christopher.

It came despite the fact Christopher had stolen a £600 TV, jewellery and other electrical items and had also cashed £450 in forged cheques to take money from his grandfather’s account.

Christopher, of Evington, Leicester, appeared in court and pleaded guilty to the two offences and three other charges.

Andrew, who had kicked his son out of his house, rose from his chair at the back of the court to address the trio of magistrates.

He said: ‘What happened with Chris devastated the family. There was a lot of anger.

‘When you make your own son homeless you don’t sleep, you don’t eat. It’s awful.

‘We are asking everybody here for help in the right way. Chris is a decent person.’

His mother Maria also pleaded for her son not to be jailed.

Fighting back the tears she said simply: ‘Chris is a good lad.’ 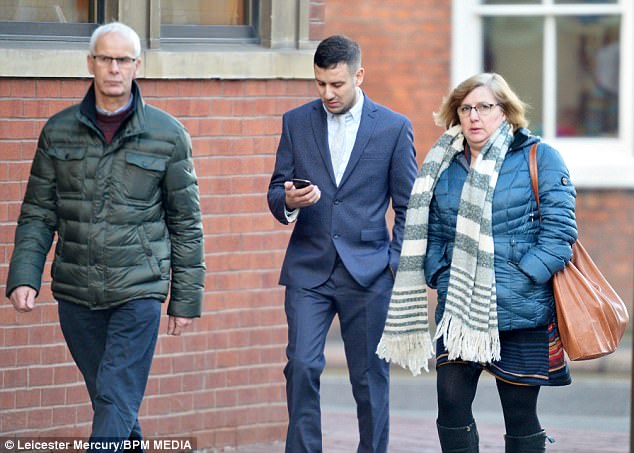 Andrew and Maria Ward intervened to stop Christopher going to prison. That is despite the fact he left a family funeral early to burgle their home

The magistrates, led by chairwoman Madeleine Bonser, retired to consider their decision after a 45-minute hearing.

After 22 minutes, the bench returned with their verdict.

Mrs Bonser told Christopher Ward: ‘The first thing I have to say is that I am not going to send you to prison today.’

Prosecutor Maimuna Bappa told the court how Ward, who was an alcoholic and abused cocaine, had left a family wake early and burgled his own parents’ home in Burton Lazars.

She said when Ward’s parents got home they realised they had been burgled.

A £600 TV, jewellery and other electrical items had been stolen.

The Wards looked at their CCTV and saw their son arrive in a car then leave after having raided the home they shared.

All the items except the TV were recovered – exactly where Ward told police he had stashed them. 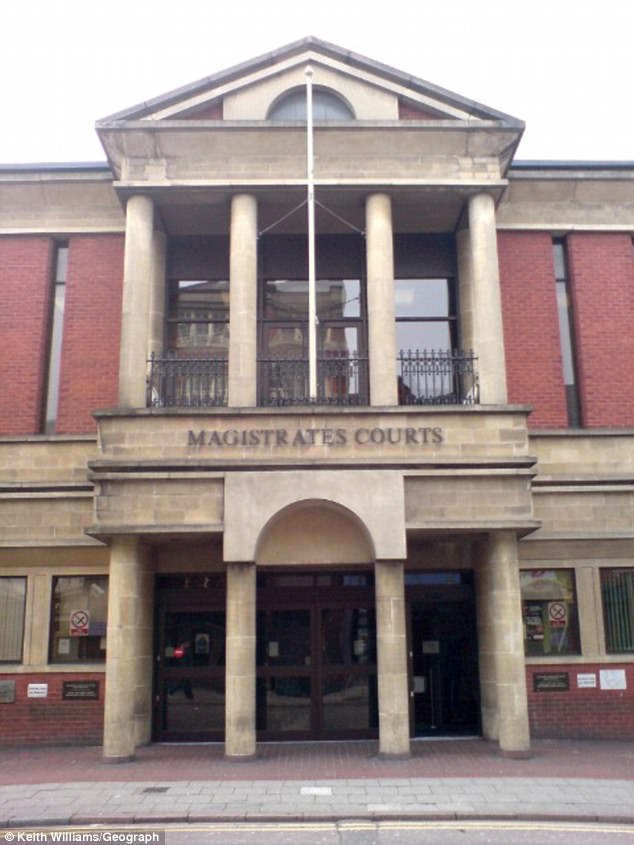 At Leicester Magistrates’ Court, an alcoholic burglar was spared jail after his parents pleaded with the bench to give him a second chance

Miss Bappa told how Ward also stole cheques from his grandfather and cashed in two for £450 after forging his signature.

Other cheques which had bounced were found under his bed at his room in his parents’ home.

The court heard that Ward also owed nearly £100 after he stayed at the Quorn Lodge Hotel in Melton for two nights and only paid a £20 deposit.

He also ran up a £31 bill at the Coast to Coast restaurant at Highcross in Leicester after ordering food and drinks he knew he could not pay for.

Miss Bappa said Ward had also broken into his grandfather’s garage and smashed a window on his car so he could get into the vehicle to sleep.

David Hallmark, defending, said Ward had lost himself in alcohol and drugs in a 18-day crime spree.

He said: ‘Alcohol is the prime reason for this offending. My client was an alcoholic who at his worst was drinking three bottles of wine a day.

‘He has started addressing these issues. These offences pass the custody threshold.

‘A custodial sentence would punish the wider family by having their son in HMP Leicester for Christmas and beyond.’

Jobless Ward, who burst into tears when his father addressed the court, thanked the magistrates.

He said: ‘This has been a huge wake-up call for me. I will never forgive myself for it.

‘All I can do is try to make amends and that’s what I will do.’

The father, mother and son all wept and hugged each other before they left the courtroom.